The next morning, Dr. Alexander Martynov, chief archaeologist, led us on an exploration of ancient labyrinths on neighboring Zayatsky Island. He explained the difficulties in dating these constructions and determining why they were built. The island itself is quite "new," having only risen above water since the last ice age. 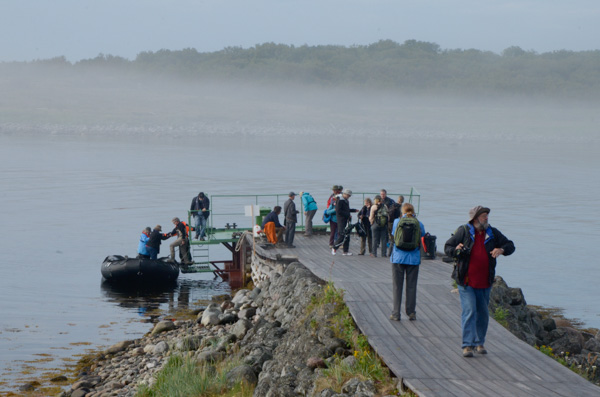 We were expecting a "wet" landing here, but a floating dock enabled us to leave the Zodiacs without wading. It is used by the Solovetski monks who run a shuttle boat service between the various islands.

The fog made the trip in from the ship very eerie. 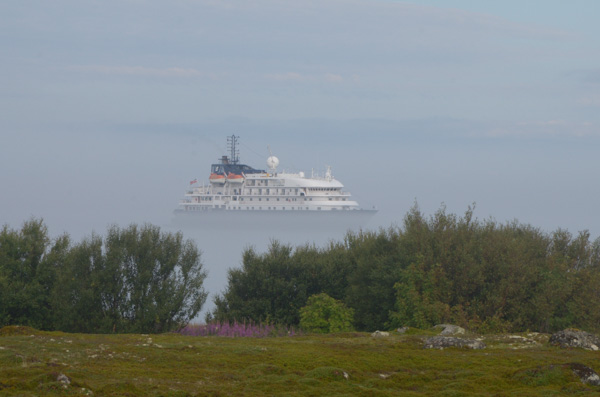 The ship looks like it's hovering over the water. 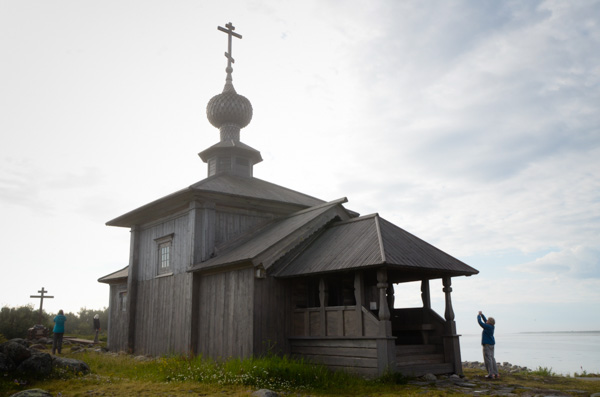 The chapel near the landing is dedicated to St. Andrew. Jim says it is his favorite of all the chapels and churches that we saw. 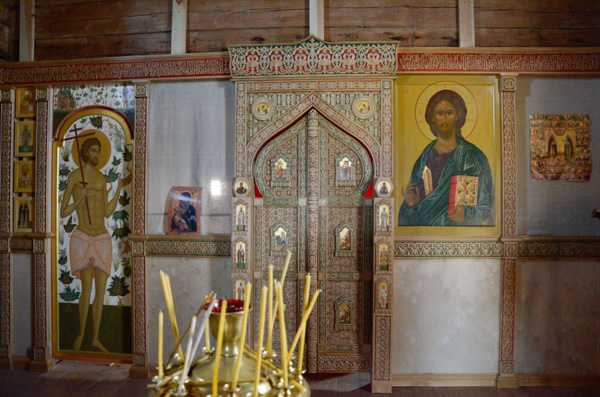 The interior of the chapel.

Occasionally a monk will stay here on retreat. Pilgrims use the shuttle service mentioned above to come visit. 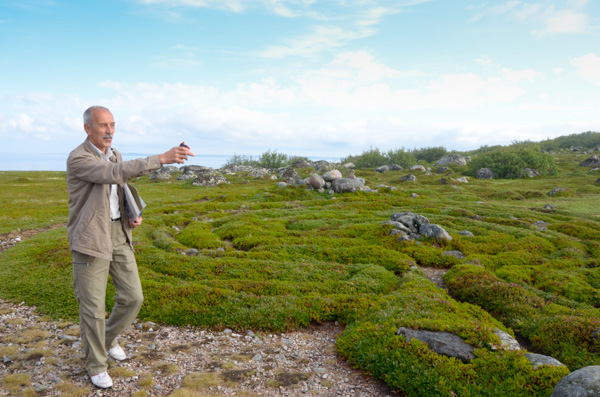 Dr. Martynov emphasized the debt that we owe the monks of Solovetsky. Although these islands were occupied by the monks for many hundreds of years, they did not damage, let alone destroy, the labyrinths and other ancient religious artifacts.

This particular labyrinth has a pile of stones in the middle. It also appears to have two entry paths. 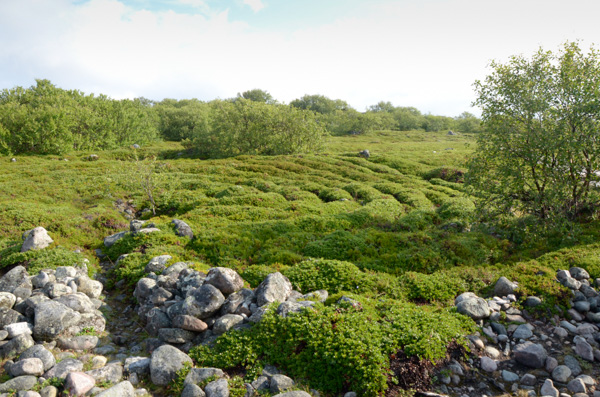 The second labyrinth had a pit in the center rather than a pile of stones. I don't remember if that was because it had been excavated or not. 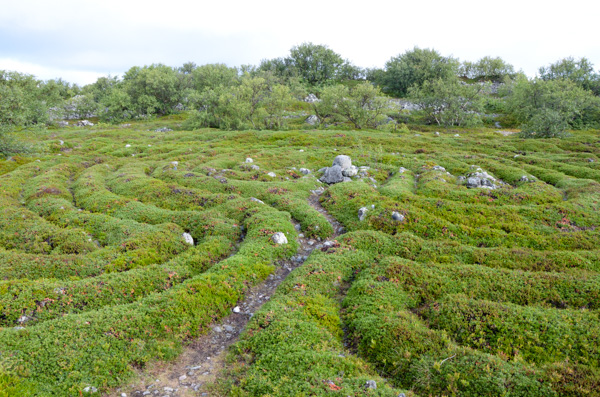 The third and last also had a pile of stones in the center. Excavations have found bones in some of these piles, but there is no consensus on what that might mean. 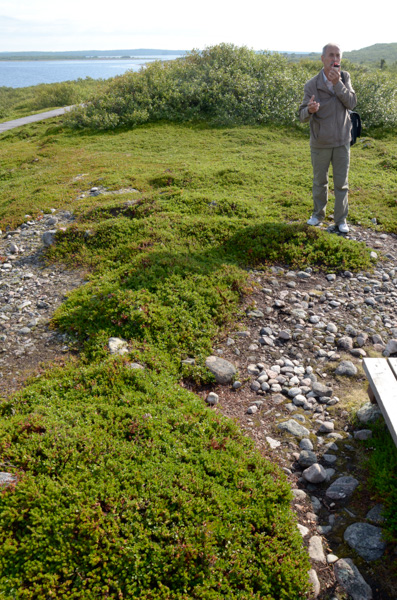 Dr. Martynov showed us this installation that is much newer than the labyrinths. The monks were inspired by the stone constructions and created this Orthodox Cross in the same way.

It's hard to see, but Dr. Martynov is standing by the smaller upper cross-piece. The larger lower cross-piece is by his feet. The diagonal piece is less noticeable. 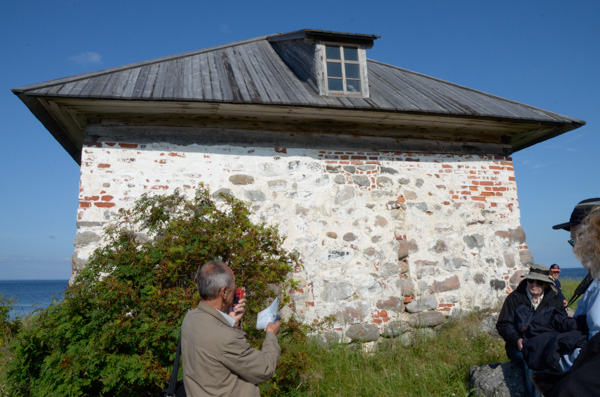 This building near the chapel dates back to the time of Peter the Great, who visited here. At that time the building was much smaller, as can be seen by the outline of the grey stones. It has since been enlarged.

Peter ordered the building of the chapel. 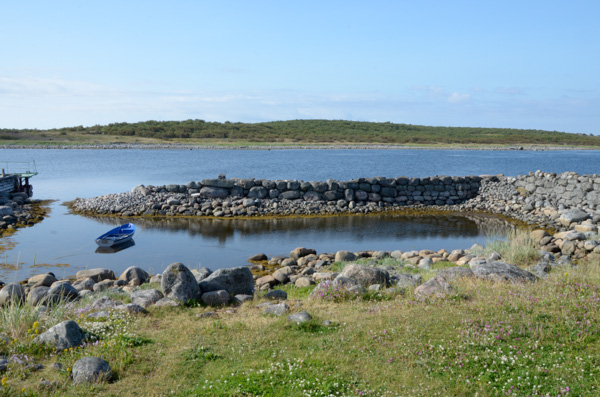 One of the attractions for Peter was the monks' development of a system of stone harbors and dry-docks to repair their boats. This small harbor/dry-dock is next to the building above.

Unless we found a place with a dock large enough to accommodate the ship, we used Zodiacs to go to & fro. Each boat could carry ten passengers, but we usually loaded eight in addition to the driver. 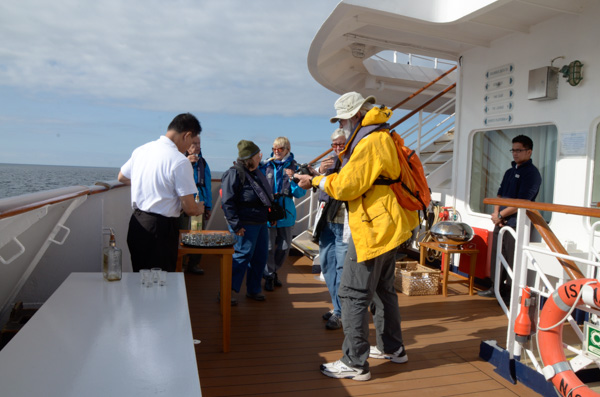 After all of our shore expeditions, such as the one to Zayatsky Island, we were met by the ship's crew with damp towels to freshen up and a variety of appropriately hot or cold liquid refreshment. 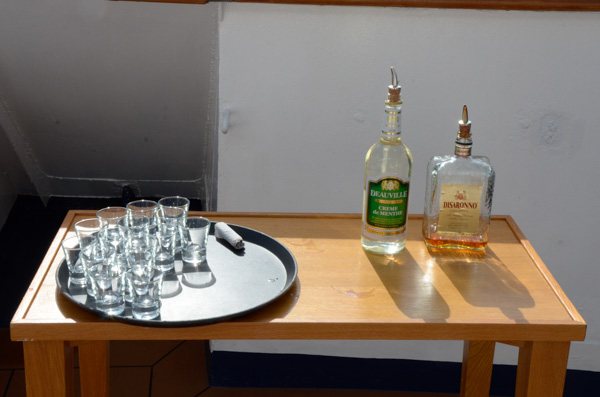 Hot chocolate fortified with a little Kahlua or brandy really hit the spot after a chilly ride in the Zodiacs.