Mysteries of the Far North
Karelia

The following day started with another long bus trip, this time to Sortavala, a city on the shore of Lake Ladoga, the largest lake in Europe. We boarded another hydrofoil there for a short trip to the monastery on the island of Valaam. The island has changed hands many times over the years. In 1917 it became part of an independent Finland, but in 1940 it returned to Russian sovereignty. Monks evacuated the monastery at that time, but have since returned. 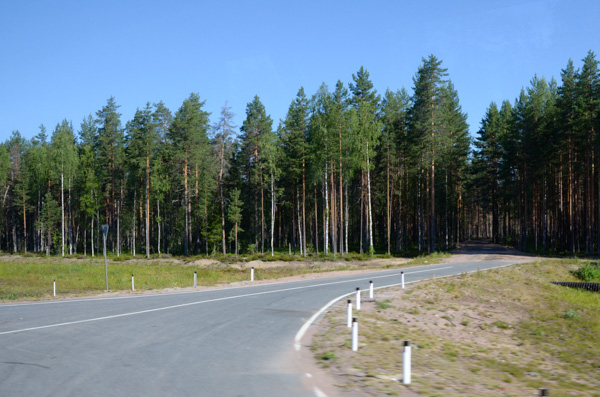 Most of the land we passed on our bus trip looked exactly like this boreal forest. We whizzed past intersecting roads like this one, which turned into dirt tracks as soon as they reached the trees.

The primary variation was in the types of trees. Here pines. Elsewhere birch or aspen. 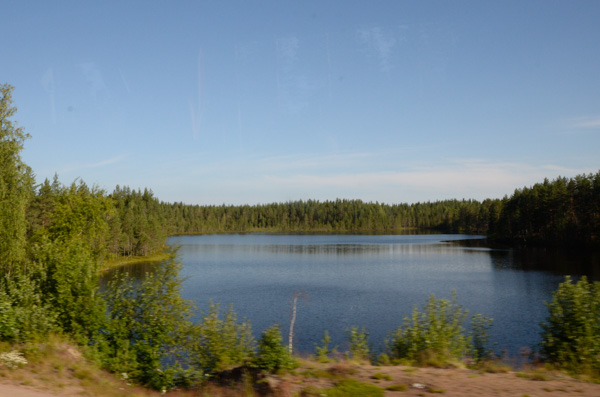 For variety we occasionally whizzed by a small lake. I captured a picture of this one from the bus.

We passed very few towns. The area is sparsely populated. 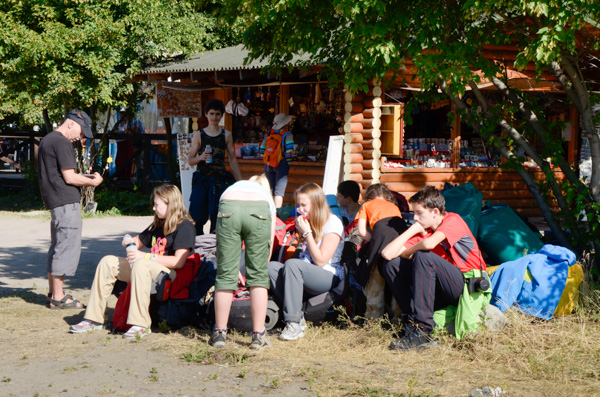 We reached Sortavala in plenty of time for our reserved departure, so we got to hang out a bit.

These teenagers were also waiting for a boat to take them to the island for a camping expedition. The island is a pilgrimage destination both for its monastery and also for its natural beauty.

Based on the clothing, I'm guessing this group was going for the nature rather than the monastery!

They must have been traveling "standby" because they did not make it onto our boat, which was completely full. 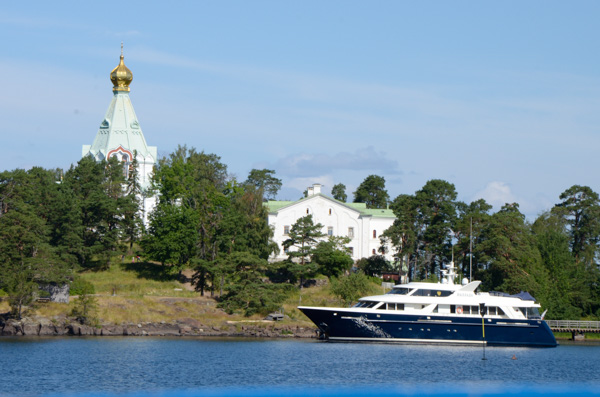 At Valaam, as at Solovetsky, which we will visit later, there were numerous outlying sketes -- places where monks lived in greater seclusion than at the main monastery.

the skete of St. Nicholas is located just outside the main harbor.

Most of the religious buildings on the islands were damaged by the Soviets, but are being restored now that the property has been returned to the Russian Orthodox church. 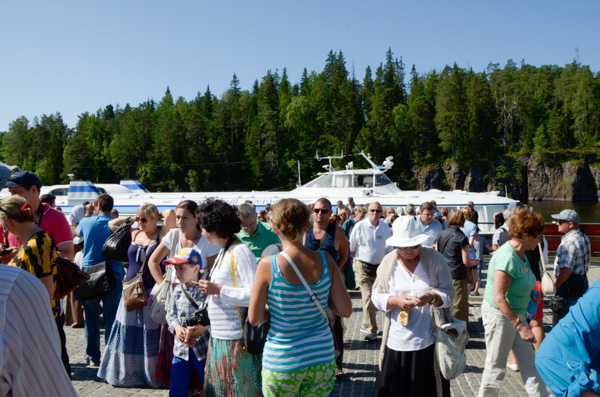 Valaam is a popular destination!

There was a "dress code" at the inner part of the monastery. Few people shown here complied! Women must cover their heads, but men must not. Women must also wear long skirts, which were supplied at the gate for those of us who didn't have them. Tank tops were not allowed, so shawls or other suitable coverings were available. 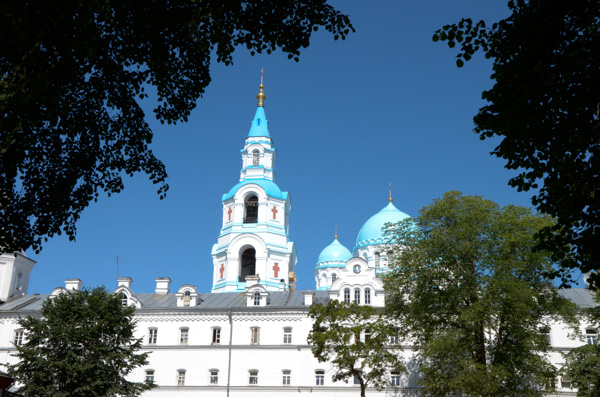 The main monastery facility at Valaam dates from the 19th century. When the area was returned to Soviet control in 1940, the monks evacuated taking the primary icons and relics to Finland where they remain at "New Valaam."

No one knows for sure when the monastery was first founded. Tradition states it was established in the 10th century, but the first reference is from the 16th century.

The monastery is home to many lay workers who help with construction and the tourist industry. Our local guide has lived there for many years. She was attracted to the island because of the "spiritual essence" she felt there. 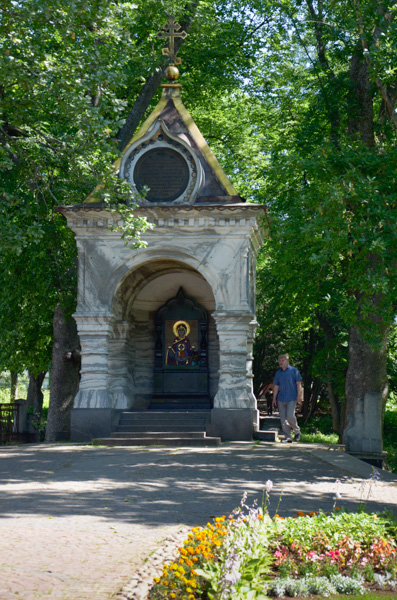 Tsar Alexander II, who freed the serfs, visited the monastery with his family in 1858 shortly after he became the ruler.

This shrine commemorates the visit. 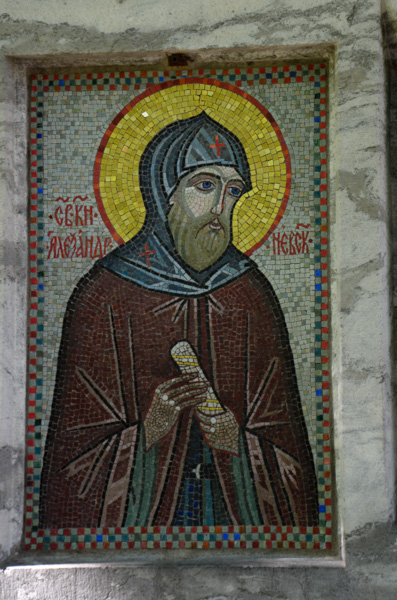 The mosaic on the back side of the shrine depicts Alexander Nevsky, who is believed by many to be Russia's greatest hero.

When I was in college, I saw Sergei Eisenstein's film depicting Prince Alexander defeating the invading Teutonic Knights. My roommate and I swooned over the hunky actor playing Alexander. When I saw the film again many years later, I wasn't quite as impressed. 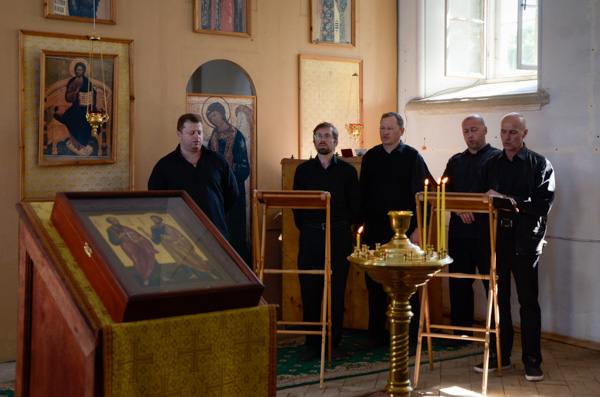 A capella vocal music is an integral part of Orthodox worship. We were treated to an excellent performance by this group of professional singers. They were also selling "music product" CDs, but I didn't have any money with me to buy one. I hope the CD that I got at Kizhi is as good.

Some of the chants may be found online (you'll have to use Google translate for the Russian). This link opens in a new window. 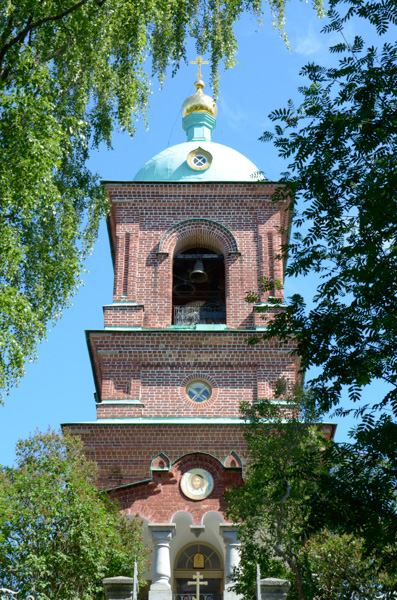 After visiting the main monastery we loaded back onto the hydrofoil for the trip to another part of the island. There we visited the Resurrection Skete, also called "New Jerusalem" supposedly because it resembled the original Jerusalem. Jim and I marveled that anyone could think any part of Valaam looked like Jerusalem!

The refectory next to the church served a delicious traditional meal.

During the Soviet period this location was used as a tourist camp and severely damaged. It has been restored. 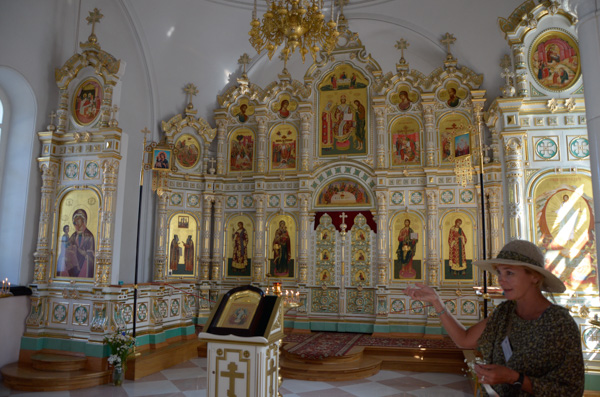 The unassuming exterior contained this elaborate interior. The young woman, Elena, was our local guide.

Elena, and many other workers in the tourist industry, live on the island. At present the leaders of the monastery are "encouraging" them to relocate to the mainland by actions such as closing the local school. 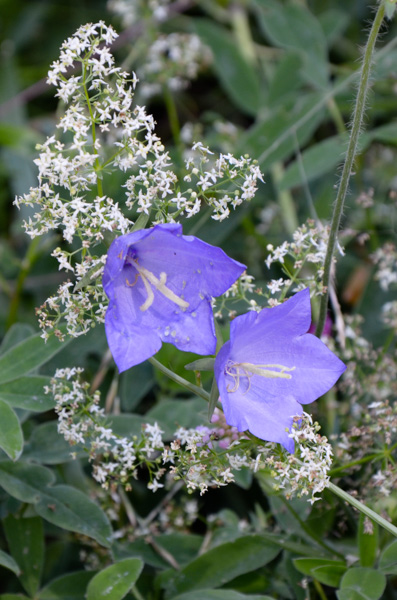 After lunch some walked back to the dock for a beer. Others walked out to see part of the island.

This is only one of many wildflower pictures. I plan to make a separate page (or pages) of them. Unfortunately I can't find much information on Russian wildflowers. These blue ones are undoubtedly some variety of campanula. See below for a couple of others. 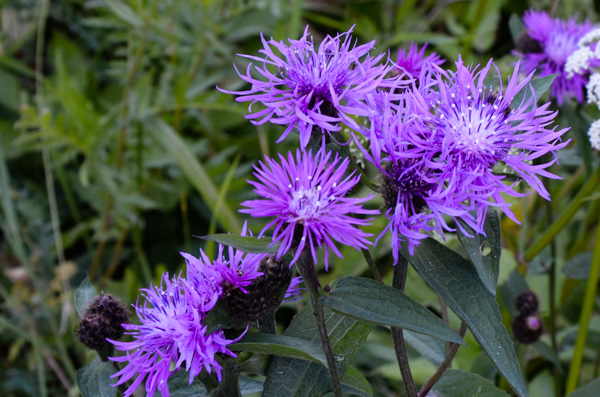 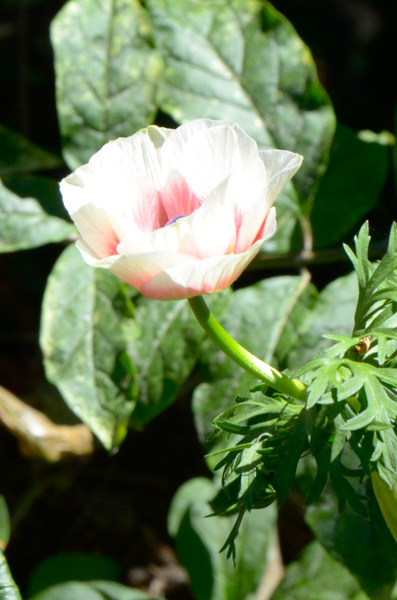 A poppy of some sort.

Once we rejoined the rest of our group at the dock, we had an extended wait for a boat. One of the hydrofoils had a problem that took it out of service. 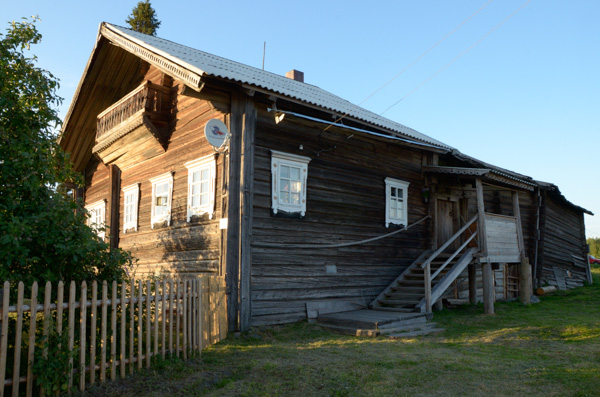 Our guides were frantic over the delay because we had dinner reservations and a schedule to meet. Panicked cell phone exchanges ensued.

It was OK. Our driver zoomed along so we were only a little late for dinner at this house in the 16th century village Kinerma. 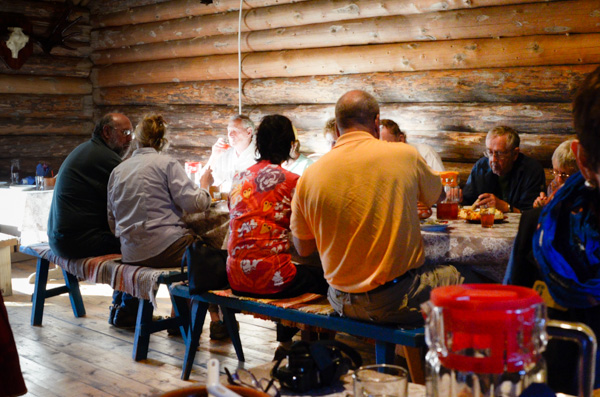 The accommodations were basic, but Jim and I agree this was the best meal we had in the three weeks of our trip. It was simple peasant fare and it was delicious!

After dinner we walked around the village a bit. 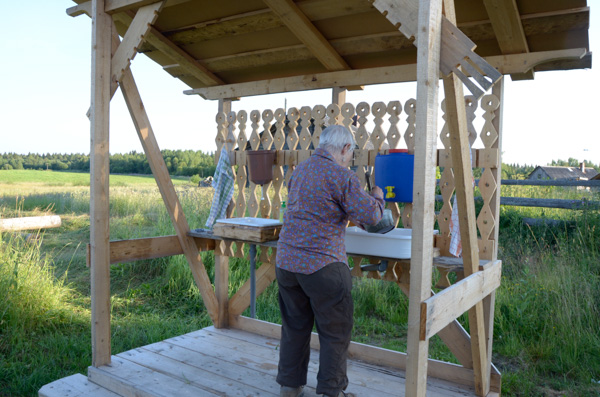 The ingenious hand-washing system at the farmhouse worked admirably!

After dinner we were back on the bus to finish our journey to Petrozavodsk.