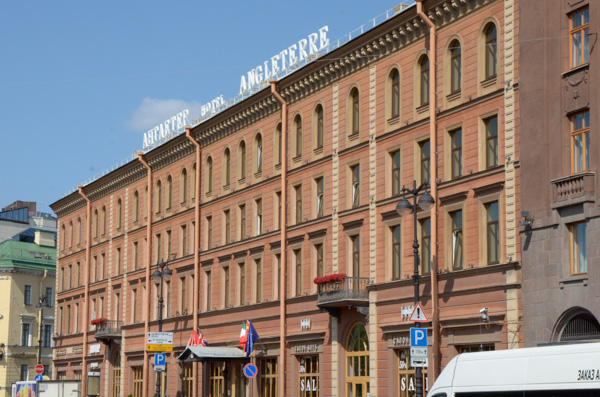 We arrived in St. Petersburg in the early afternoon. Zegrahm arranged for us to be met at the airport. The young man who met us initially was a hoot. He insisted that we use a luggage cart although as usual we traveled light and had only a couple of roll-aboards each. He spoke little English, but once he herded us through the airport we met a delightful young woman who escorted us to the hotel where we would spend the next few nights in the Hotel Angleterre 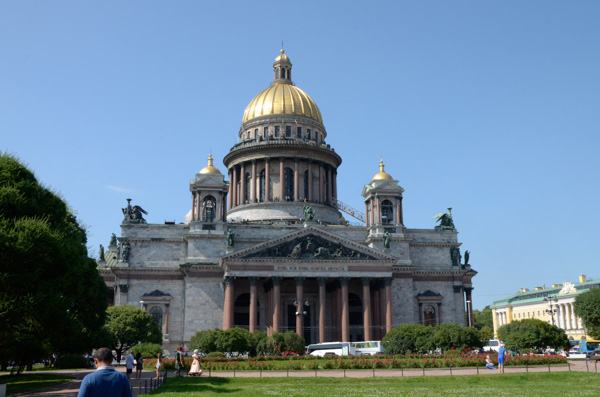 St. Isaac's Cathedral is in the park across the street from our hotel. Our group toured it later.

After unpacking, we walked around the area near the hotel. Peter the Great, who founded St. Petersburg and named it after his patron saint, believed that Russia had to become a sea power. One of the earliest portions of his new city was this ship-building center known as the Admiralty.

Another of Peter's passions was making his new capital as modern and cosmopolitan as it could be. All the original buildings followed the European styles of the early 18th century. The style came to be known as "Petrine Baroque." 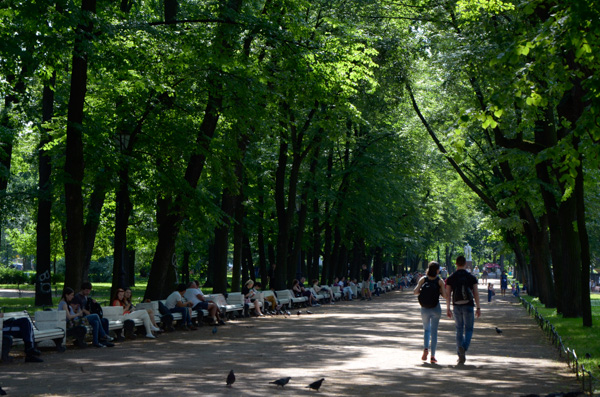 The area of the city where the hotel was located is along the Neva River. There are beautiful parks as well as lovely buildings.

This is a Thursday afternoon. I suspect it would be more crowded on a weekend, but even today there are plenty of folks out enjoying the gorgeous weather. We were lucky throughout our trip. Usually August in Russia is moving toward a chilly and drizzling autumn. We encountered mostly sunny skies and warm temperatures.

These children enjoyed a super-sized sandbox. There was an elaborate playground close by, but the youngsters preferred more unstructured play. Sensible! 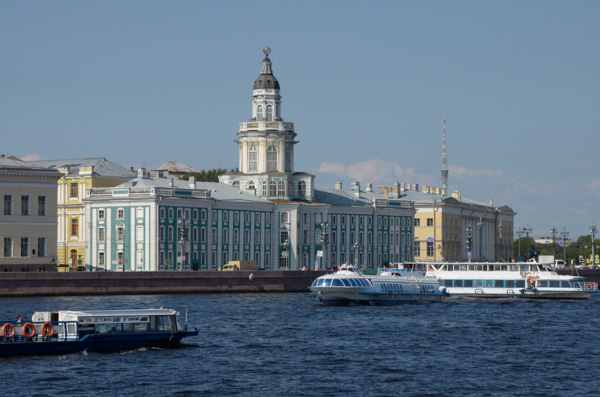 St. Petersburg was built on a series of islands. This is Vasilievski Island. The building with the tower is the Kunstkammer, the Peter the Great Museum of Anthropology and Ethnography. 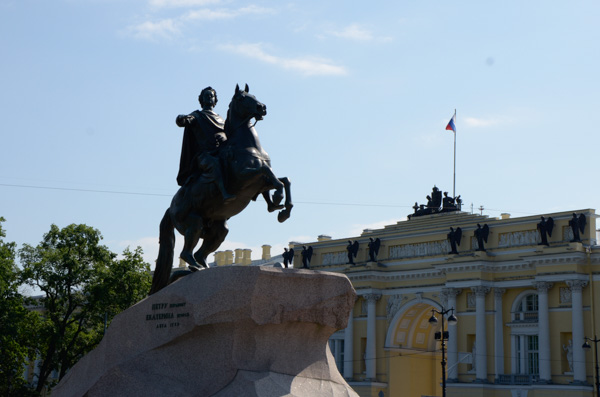 As is the case with most of our trips, we received an extensive reading list before our scheduled departure. If I learned nothing else from this trip, an introduction to Peter the Great would have sufficed. This remarkable man single-handedly dragged Russia into communication with the modern (18th century) world.

This monument was erected by Catherine II (the Great) in the city that Peter founded to be the new Russian capital. The building in the background is the Senate.

Peter would have preferred being pictured with a ship rather than a horse. 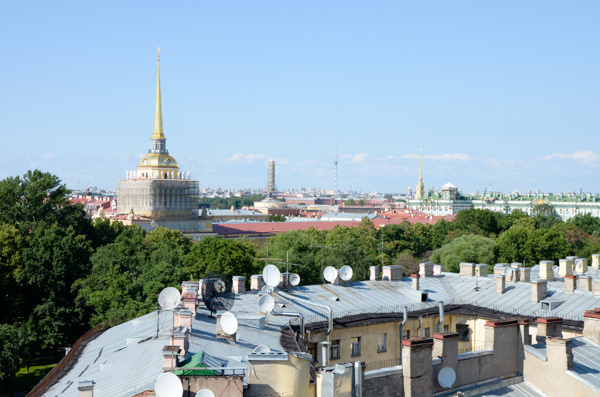 The guide who escorted us from the airport suggested that we visit the rooftop bar of the W Hotel for a good panorama. We took her advice.

The river is visible beyond the Admiralty, but we were amused by the satellite dish farm on the baroque roofs.

The view from the other side of the hotel included a sightline into our hotel room!

Walking around in the sunshine is our best antidote to jetlag, but it was beginning to run out. Nevertheless we were to meet with our group in the evening for a welcome party and dinner.