The conference center is in the midst of about 4,000 acres of which approximately 2,500 acres are wilderness. The beauty of nature was all around us. 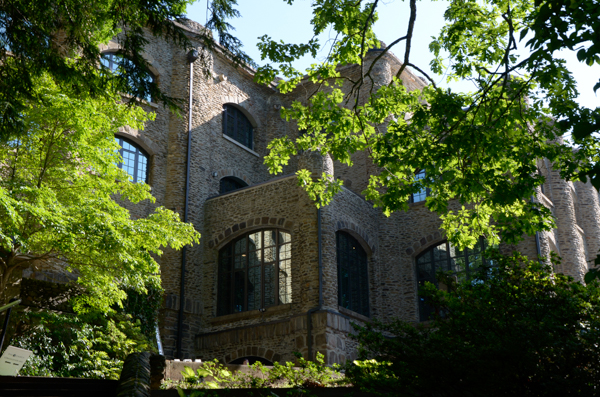 The Assembly Inn dates from the 1920s. It overlooks Lake Susan and was the location for my instrumental ensemble gatherings.

It has just been extensively renovated and is being rededicated on 29 June 2014.

Lake Susan was in the center of every day's activities.

There was not a time that I passed by that there weren't young folks out boating in the breaks between classes. 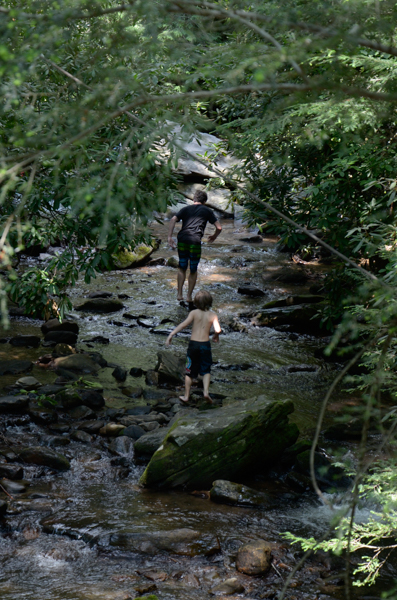 From our front porch and all along the paths to our various sessions we heard the laughter of children all day long.

I discovered that there were paths along the stream that were more scenic and relaxing than along the road. 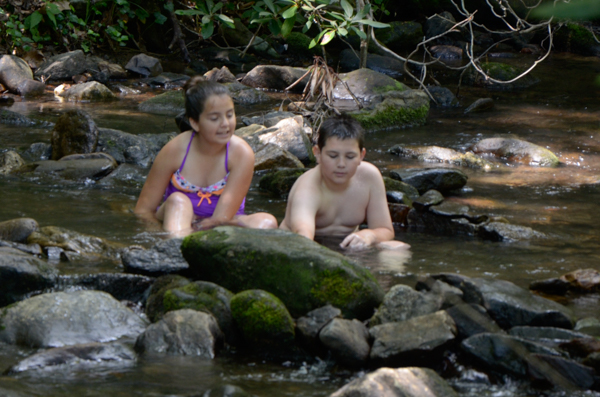 These youngsters have found fun IN the stream!

One of these summers I hope that we can convince families with children to attend the conference. The adults can relax and learn while the children have fun (and learn too). 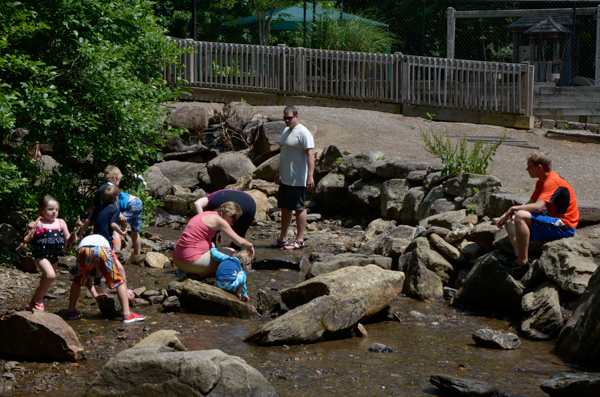 The park between our house and the conference center was jammed with families. Although there were swings, slides and jungle gyms, the stream was the clear favorite for all ages. 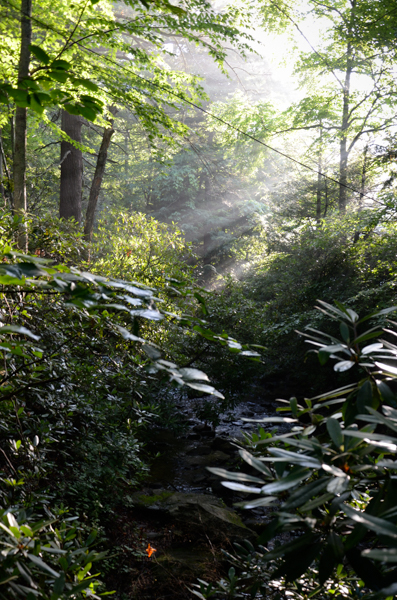 I loved the walk to my early morning art lecture. By the end of the week I had tried several paths to get there.

The weather was pleasant: the mornings were cool and there was often a light mist to catch the sun's rays. Midday was warmer. Most afternoons saw a thunderstorm move through, sometimes with heavy, but brief, rains. By night it cooled off again and was just perfect for sitting on the porch.

Our house was air-conditioned, but many of the conference center buildings were not. 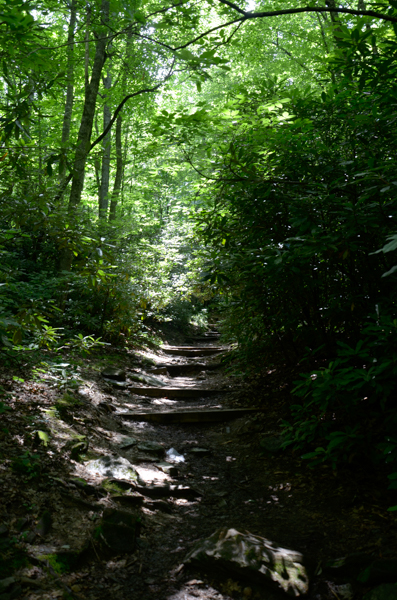 One afternoon Bill, Ron and I made the climb up Lookout trail to an overlook over the valley. It was a pretty strenuous climb.

The scenery was well worth the effort. 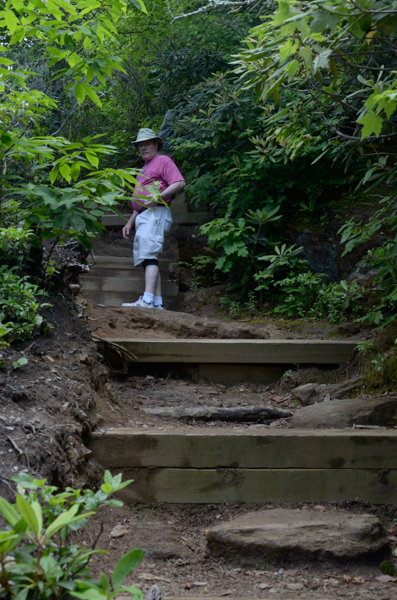 The trail started out relatively level as shown about, but it got steeper as we neared the top. I brought up the rear with the excuse that I needed to stop and take pictures. It was a good way to catch my breath! Ron, ever the gentleman, is waiting to see if I need any help.

Bill carried my camera and water bottle in his backpack over one particular gnarly section of trail where I had to use both hands to scramble over the rocks. Things go so much better when everyone helps everyone else. 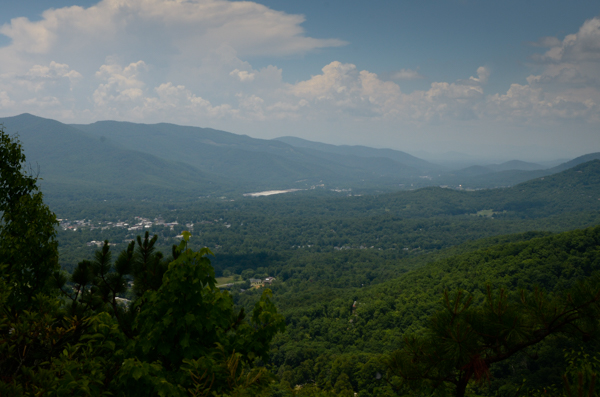 As we neared the top there was one place that offered this overlook of the town of Black Mountain. I-40 goes along this valley to Asheville. 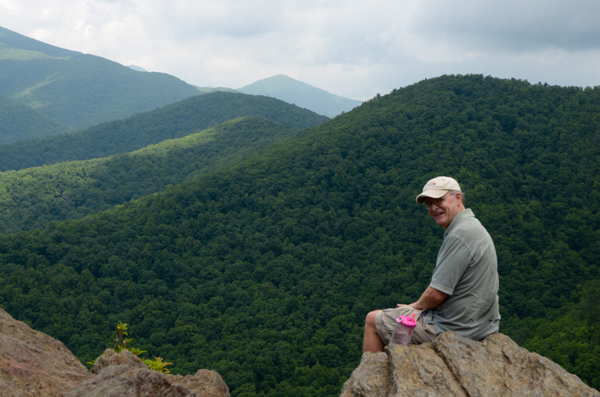 We have arrived at the overview point. The conference center is in the valley off to the left. The peak of Mt. Mitchell, the highest point east of the Mississippi, can just be seen in the background peeking over the ridge at left.

Bill says he has a picture of himself at pretty much the same location that was taken when he was three years old. His father was pastor in Black Mountain at the time.

The three of us brought our lunch with us to enjoy at this spot. 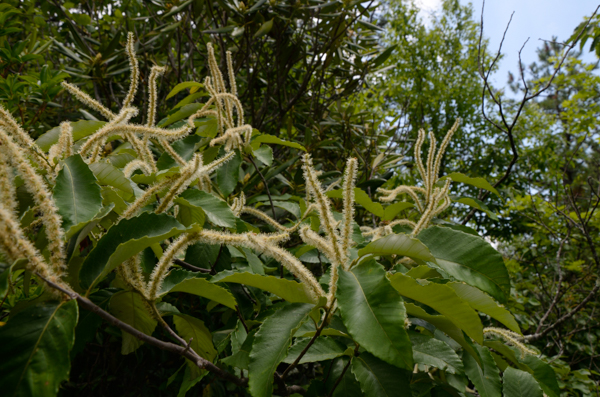 I'm pretty sure that this is a flowering American Chestnut.

If so, it's ultimately doomed by the chestnut blight, but there are efforts underway to develop blight-resistant trees using genetic material from Chinese chestnuts. All the information about this program you could possibly want is available at the  links above. 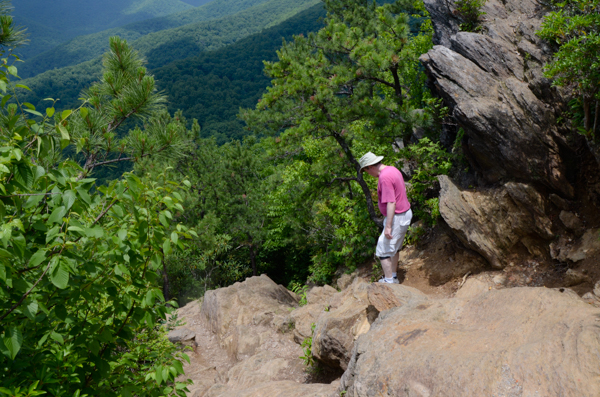 Here's an example of the rugged trail as we descend the mountain. I had scrambled up this section using my hands as well as feet; I descended on my rear! Ron and Bill made the descent with greater dignity. 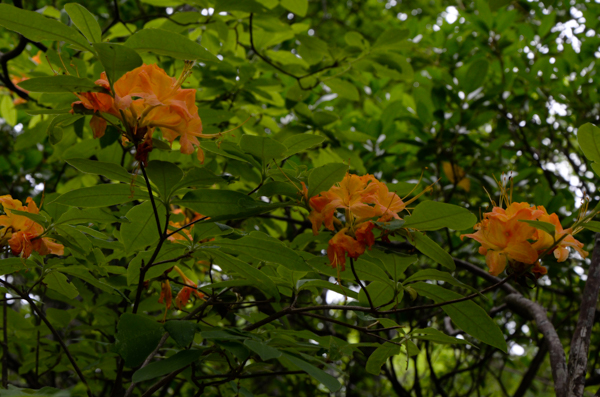 The problem with walking on rugged mountain paths is that you are watching where you step. I would not have seen this flame azalea had I not noticed a spent flower on the ground. I stopped to look around and saw several in the vicinity. Both Bill & Ron had passed them by. 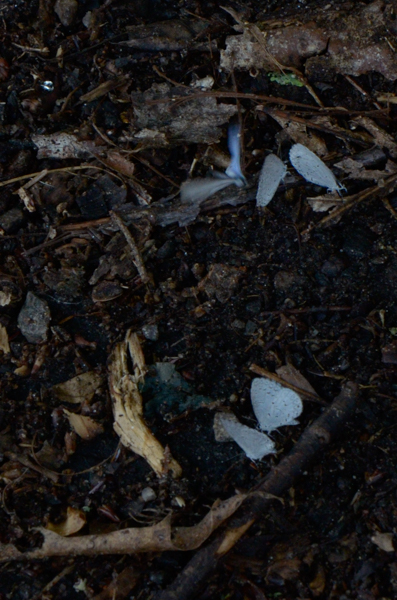 These spring (or summer) azure butterflies are another instance of watching where you step. The road between the house and the conference center had a wet seep along one side near some construction. Every day there would be a collection of these little blue gems.

I was walking back to the house one afternoon and disturbed a number of these critters. My ankles were enveloped in blue. According to the WWW one of the terms for a group of butterflies is "kaleidoscope" and that was an appropriate term.

It was rather hard to get a picture of them. This was the best of many tries. 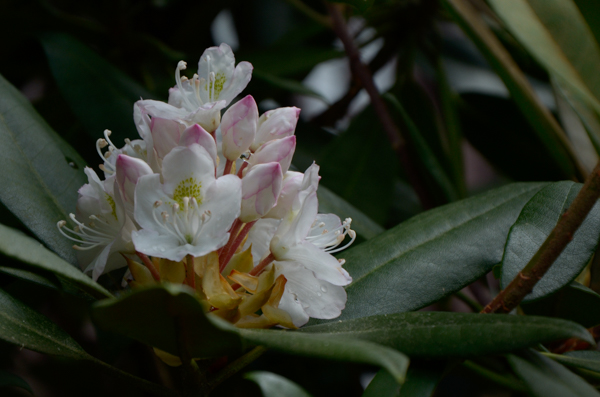 On account of the hard winter and late spring there weren't very many wild flowers blooming. This rhododendron was right by the steps to our house. At the beginning of the week it was full of tight buds. On the last day it was approaching full bloom.

Our last bit of natural beauty occurred quite by accident on the way home. Pat, Sarah and I had carpooled and I was driving. Sarah was napping in the back seat while Pat & I gabbed away. I completely missed the turn for I-77 north and we ended up in Winston-Salem!

Our reward was discovering this unusual dome alongside US-52 called Pilot Mountain. Someday it would be nice to go there on purpose and visit the park!