Favorites from the PAFA

These were pictures that particularly struck me. They are only a subset, but enough is enough. Go visit! 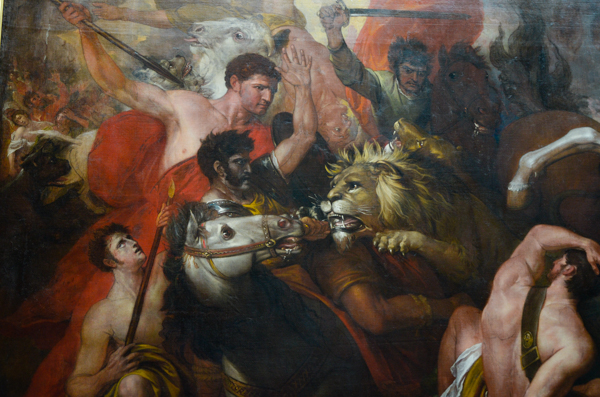 This detail from Benjamin West's Death on the Pale Horse grabbed me. The individual figures are so real looking but together they produce a nightmare.

Conservation work has shown that the man in the upper right of this image was originally holding a curved sword at a different angle.

I have read that the Greek word translated "pale" in the Revelation that inspired this painting connotes "greenish" rather than the pinkish-white that is used in this painting. That would really be nightmarish!

This portrait of Benjamin Franklin is by a Scottish painter named David Martin.

I liked the lighting & colors (it almost jumps off the wall) and the fact that it isn't the "typical" Ben Franklin look.

No picture can do it justice. Wow! Words fail. 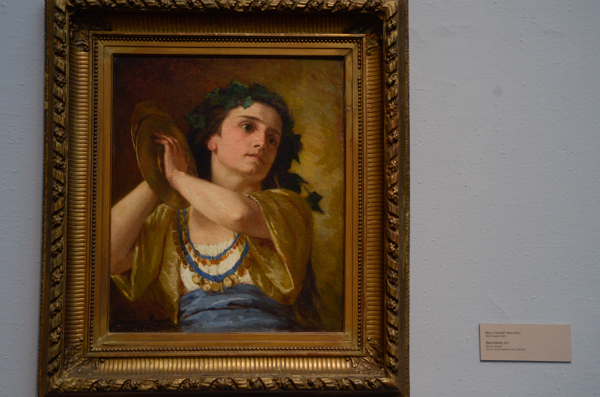 Done when the artist was in her 20s, this is not your grandmother's Mary Cassatt. It has none of the sweetness that characterizes her later work. 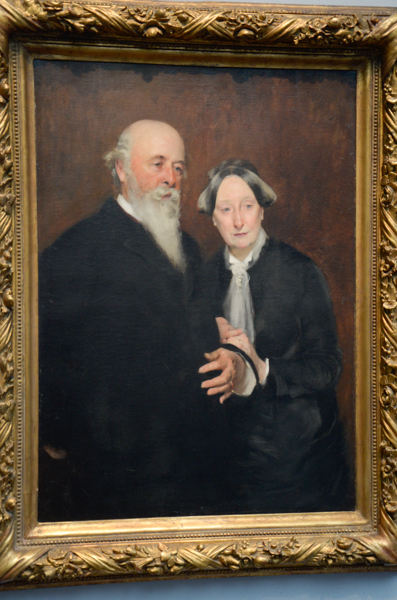 Mr. & Mrs. John White Field by John Singer Sargent. The intimacy of this elderly couple is unmistakable. This is how I would like others to interpret Jim & myself someday. 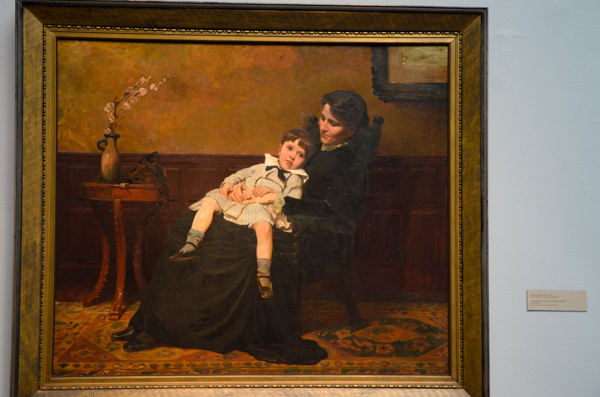 Les derniers jours d' enfance by Cecilia Beaux. I had not heard of this artist before, but it seems that she was quite well-known in her day, which was the turn of the 20th century.

According to the website the Academy has a number of her works, but none of the others do much for me. I wonder how they got the little boy to sit still long enough to be painted. 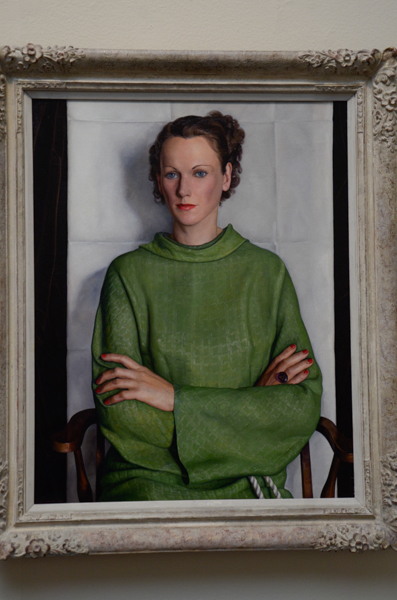 This is a portrait of Rose Hobart by Luigi Lucioni. I had not taken a picture of the label with this picture and wondered how I would ever find its attribution. Luckily the PAFA has a section of their web site for "currently on view" and even more luckily this picture was on page 8 of 45!

Why do I like this? The color of the dress. The hair style. The uncompromising expression. I would like to meet her.

As it turns out, she was an actress. She started on stage and then moved to motion pictures. In 1949 she was blacklisted for her union activities and her acting career was over. She died in 2000 at the age of 94. Uncompromising indeed! 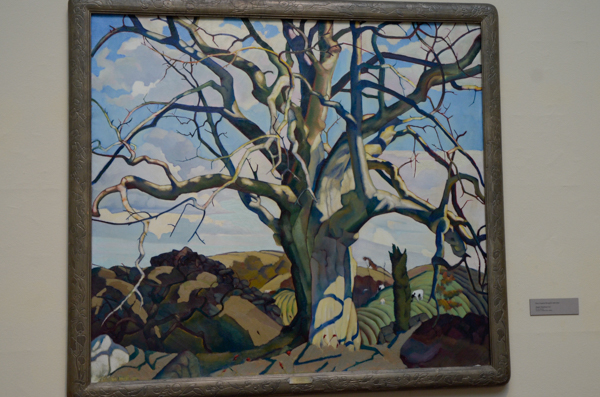 We had a young chestnut at our house in Reston, VA. It was going to die, of course, but I hoped that this might be The One that would turn out to be resistant. I pruned away other trees and shrubs that might crowd or injure it and checked it every spring to check for new growth or signs of blight. When we moved away it was still alive.

We humans have not tended Eden very well.

Highway by George Tooker. (This painting is on loan to the PAFA.)

A NY Times review called this painting "wonderfully weird." Didn't care much about the rest of the review, but that phrase captures what I like about it.

Click your "back" button to return (to the Twilight Zone).