Here in Lexington, VA, the home of the Virginia Horse Center, we joke about "the other Lexington," home of the Kentucky Horse Park. The two are connected by Interstate 64 (or US Route 60, for those who like slower-paced travel). So we were pleased when the AHA Convention gave us an opportunity to visit. An earlier convention was located in Louisville, KY, but Louisville is not nearly as nice a destination, in our view, as Lexington.

The convention was held at the Hyatt Regency Hotel, adjacent to the Lexington Center and Rupp Arena. The downtown location was very convenient with restaurants and shopping within walking distance.

Free parking was an added benefit! 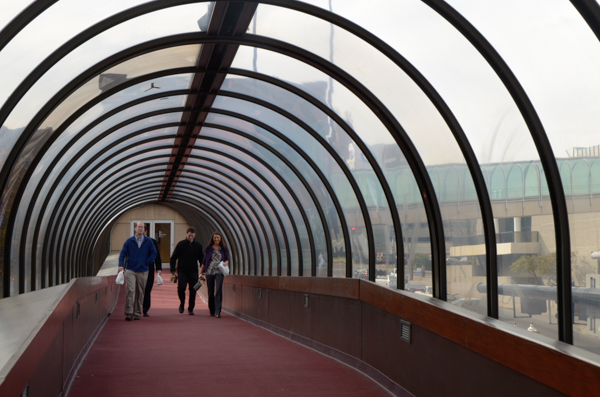 A feature of our downtown location was its connection to the "pedway" tubes that take pedestrians around downtown.

We were puzzled by the walkways since Lexington is not noted for harsh weather. They were built in the 1980s and have fallen out of favor. New downtown developments are focused on street life rather than funneling visitors from parking lots to hotels.

We met some folks in the tubes, but there were more on the street in spite of the blustery weather. 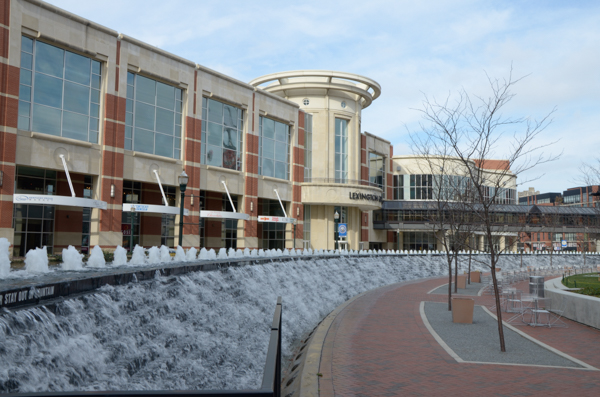 A small urban park in front of the hotel and Lexington Center featured this huge fountain and an ice rink.

Our hotel room overlooked the park and we enjoyed watching the skaters. 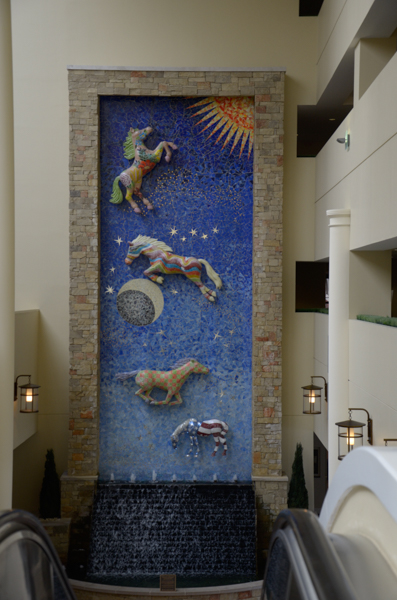 We spent our first morning wandering around downtown exploring the pedways. This whimsical mural was in the Hilton Hotel across the street from the Hyatt.

Much of Lexington has a horse theme with artwork and such like. This one was my favorite. 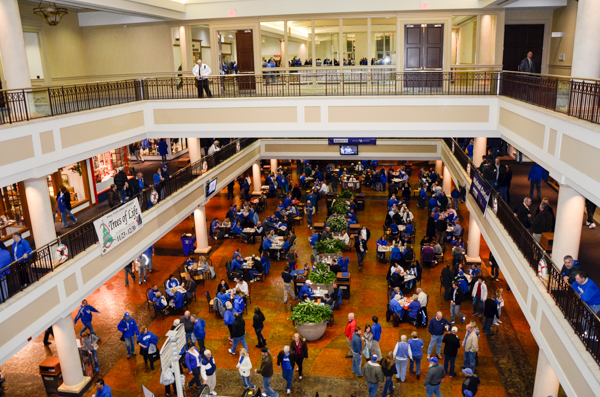 The Lexington Center adjacent to the hotel (and the hotel itself) was awash in blue the night of a University of Kentucky basketball home game.  Fans gathered early to shop, eat, and hang out.

At the time of our visit, UK was 4th in the NCAA standings. They won their game this night against the University of Texas at Arlington. 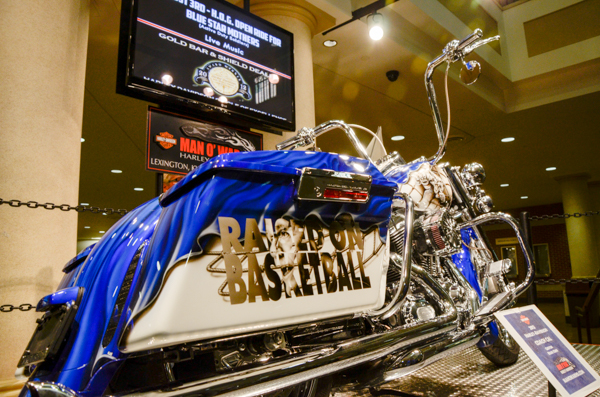 We thought it unusual to have a Toyota Showroom in the Lexington Center. There was also this Harley-Davidson display of a custom "Kentucky-ized" hog. 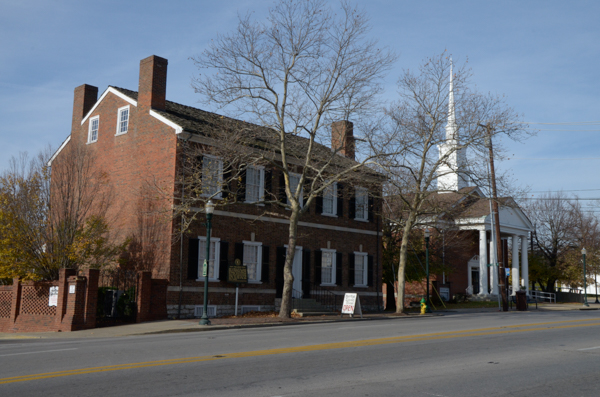 Another morning before the convention got started, we toured the Mary Todd Lincoln House. The home was constructed as an inn on the outskirts of Lexington. Mr. Todd purchased it in 1832 for his family of 16 children.

Mary Todd spent her teen years here. When she reached 21 she moved to Springfield, IL, to live with an older sister and her family. The rest, as they say, is history.

After their marriage the Lincolns visited Mary's family in this house until her father died.

Check the link for interior pictures. 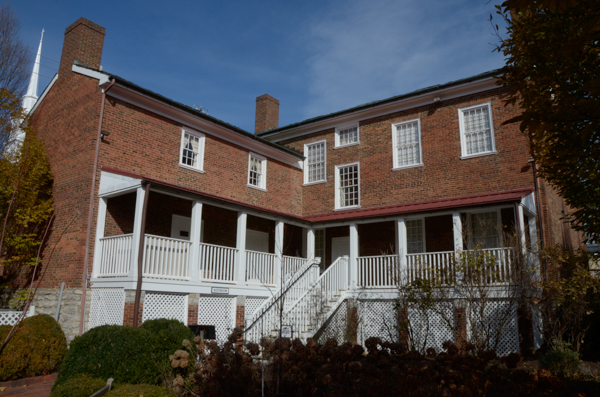 The house from the garden.

After Mr. Todd's death, the family sold the house. It wasn't until the 1960s that the Kentucky Mansions Preservation Foundation purchased and restored it. Most of the furnishings are period, but there are some original pieces and many family portraits.

The tour was very enjoyable and instructive.

Mary Todd Lincoln was a fascinating woman – much misunderstood in her lifetime.

Click your "back" button to return to the index.