Our last day in Bukhara, we headed out of town for more sights before returning to a downtown handicraft center. 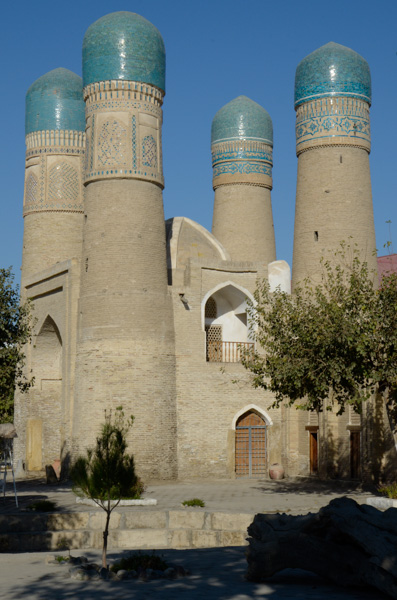 The 17th century Chor-Minor Mosque wasn't on our original tour plan, but some of the group had read about it so Jama took us there the next morning. The name means ... wait for it ... four towers!

Some experts believe this unusual building is the only remaining portion of a vanished madrassa.

The minarets are each decorated differently. At the foot of the structure is another of the Bukhara pools. Given the fact that "only a few" of the original pools remain there must have been very many indeed and we must have seen all of the remaining ones. 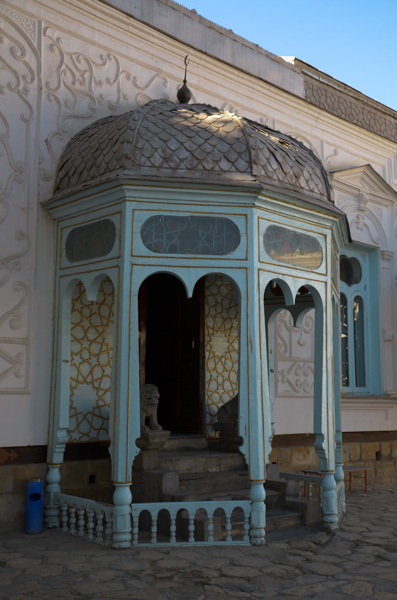 The summer palace of the last emir of Bukhara is known as the Palace of Moon and Stars. When the Russian empire annexed the area in the mid-19th century, they "encouraged" the titular emir to retire to his country dwelling well away from the city and the center of power.

In the early 20th century the Russians built this elaborate palace complex to further isolate the last emir. It is now a museum of decorative arts. 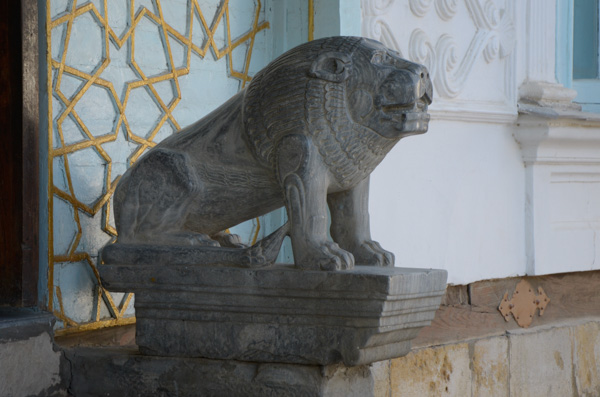 Close-up of one of the carved lions. 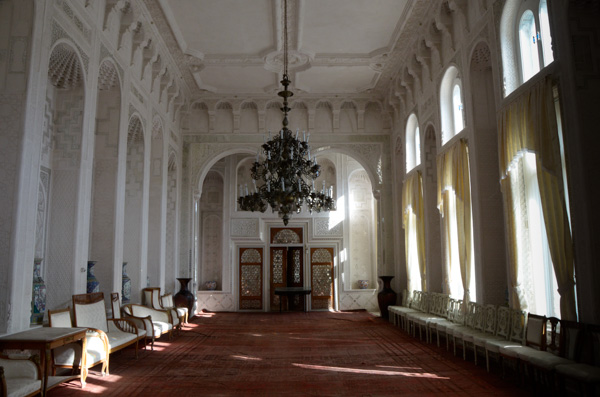 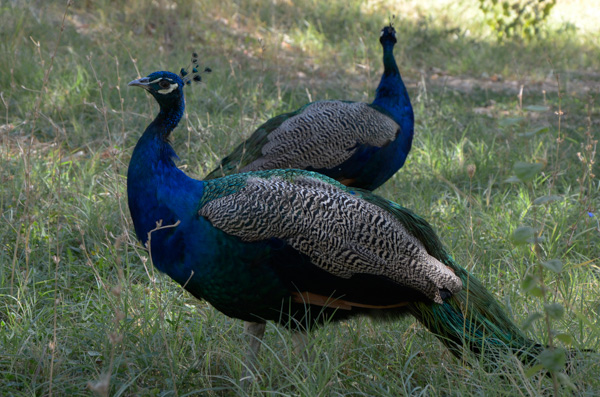 The emir had a small private zoo at the palace and peafowl are still wandering the grounds. They shed their long tails at the end of the summer so these guys are a mere shadow of their gorgeous selves. I doubt you could convince them of that. 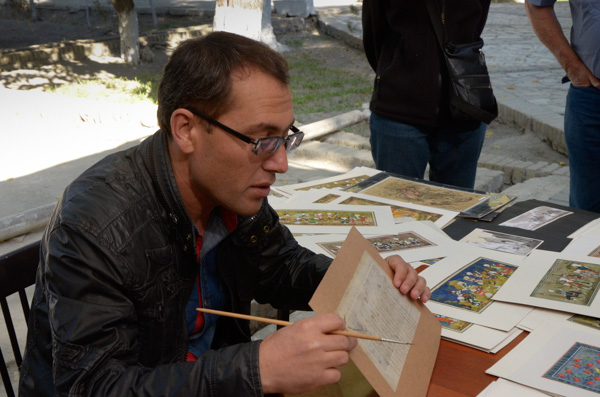 Several craftsmen had set up shop at the palace. This miniature painter's work was focused on the Silk Road and intended for the tourist trade, but it was well done and decorative. We now have one hanging in a guest bedroom. 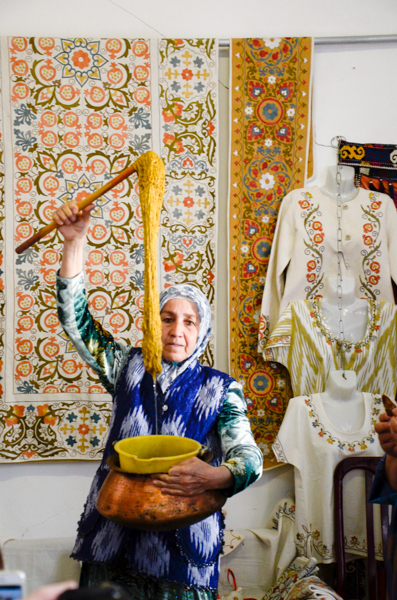 We returned to the city for a visit to the Bukhara Artisan Development Center. This artisan demonstrated the use of natural dyes.

Check out the beautiful suzani textiles behind her.

We also had demonstrations by a woman who embroidered with golden thread (a craft once restricted to men) and a man who worked in papier mâchè.

Of course, there was time to shop afterwards. I found a beautiful ikat scarf. 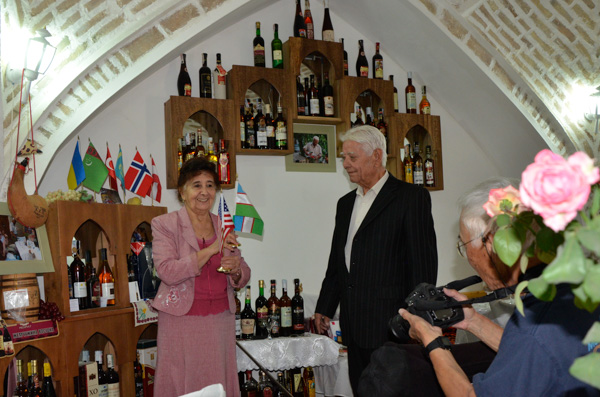 We saw a flyer advertising a wine tasting. Although this day was a holiday with no scheduled tasting, Jama knew the people who ran it and arranged a special session.

This lovely couple was very knowledgeable about the local wines and in that regard it was an excellent tasting. Unfortunately we don't care for the local wines! To be fair, Uzbekistan doesn't have a terrific climate for grapes – the weather is too extreme.

Jim says the beer, on the other hand, was uniformly good. I stuck mostly to bottled water and tea on this trip. It helped to offset the calories from the irresistible food. 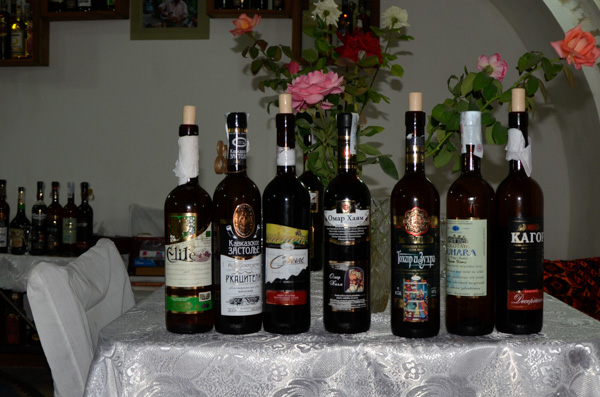 There was a mix of whites & reds, dry and sweet.

The one we liked best was a fortified dessert wine similar to Port.

That night we had dinner on our own. Most folks fanned out to one of the many appealing restaurants. Jim and I walked to the nearest Stop-and-Shop equivalent to pick up a couple of beers and some crackers to eat in the room before packing and an early bedtime.