On the Silk Road in Central Asia
Samarkand – Paper Making

The Chinese developed the craft of making paper in antiquity. It remained a closely-guarded secret until Chinese came to Central Asia as captives in the 8th century and taught the process. Mulberry bark is the fiber of choice. 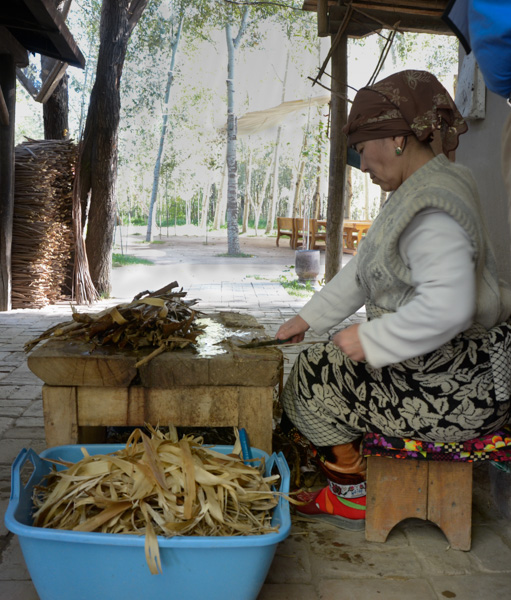 This worker peels bark from the mulberry branches after soaking them in hot water. 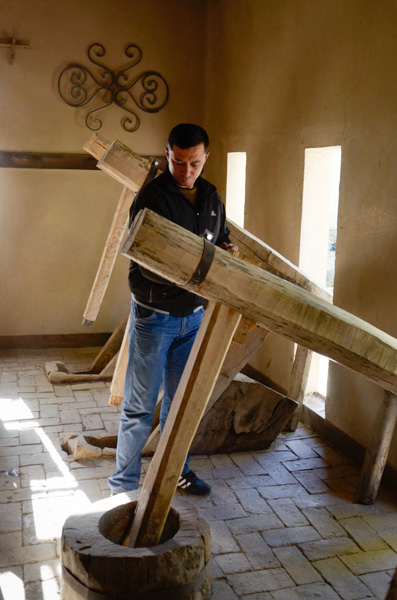 Workers place the bark in these pits where stampers pound it into a mush. 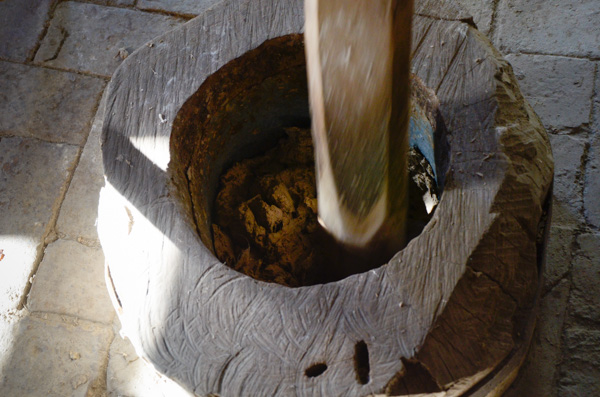 Periodically the worker stirs up the mixture so that it is evenly mashed. 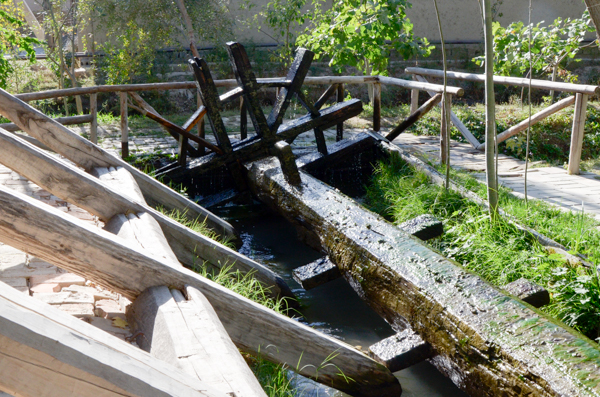 The stampers are water-powered. This water wheel runs off a "mill race." 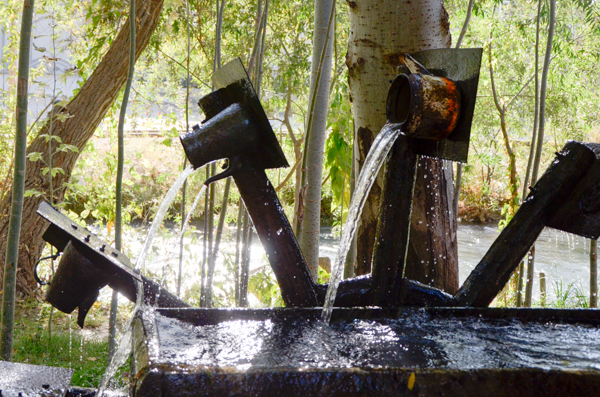 The mill race is filled by this clever contraption of "found objects." There were tea pots, coffee pots, and just about anything else that that could hold water. 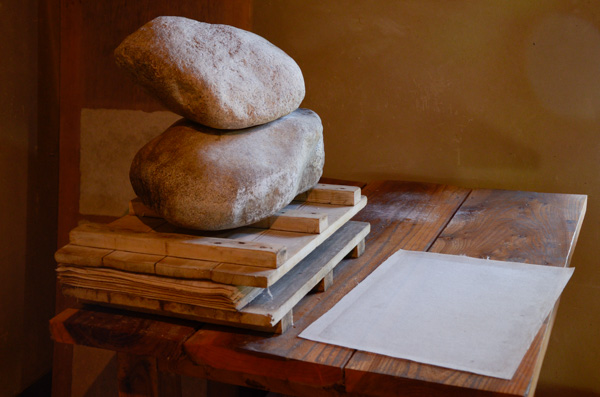 Once the mush is properly mixed, craftsmen form it into sheets and press it with weights while it dries. I forget how long it has to stay in the press. 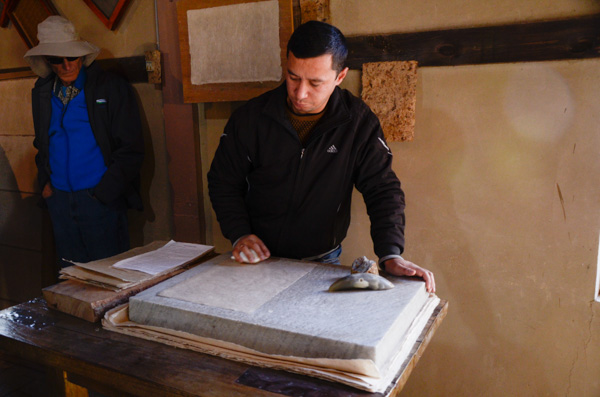 After drying a stone is used to finish the paper. 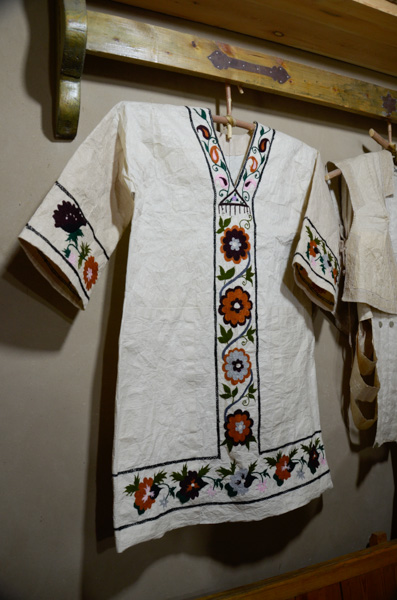 The finished paper can be used to make clothes. They are supposed to be washable. 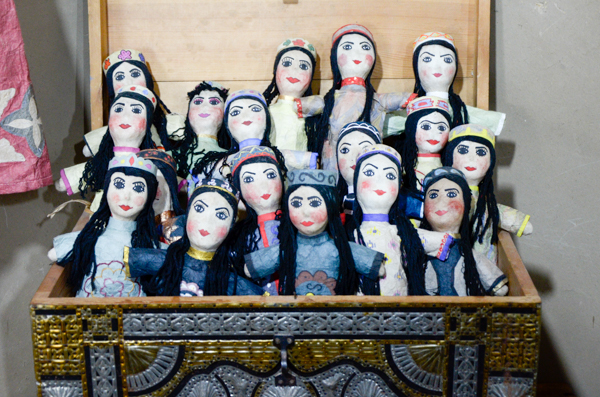 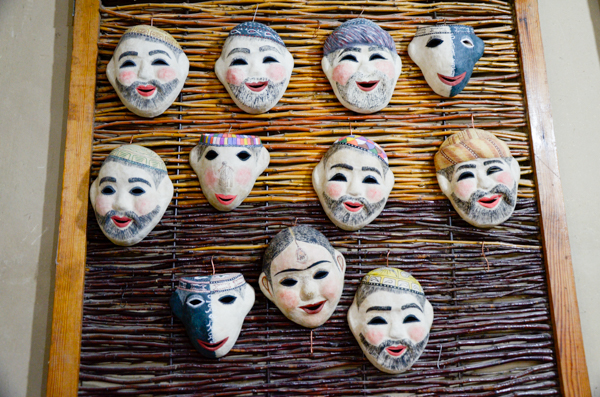 There were also "traditional" paper items such as stationery and postcards.