There was a full schedule of classes and lectures during the week. There are four levels of fiddle classes, from beginner (1) to advanced (4). These covered the various tunes, of course, but also included Scottish styles and history of the tunes and composers. There were a number of cellists in attendance and they had lessons too. My favorite this year was the afternoon session on accompaniment. I'm still too much of a novice to keep up in the group sessions and it was a treat to learn various techniques of harmonizing and otherwise supporting the melodies.

In addition to playing there were classes in Scottish Country Dancing. Since the majority of our tunes are dance tunes, it is useful to know at least something about the dances. Such knowledge affects the tempo and interpretation. The dances included strathspeys, reels, jigs and waltzes.

Another type of tune is the air, often associated with a song. Last year we had some sessions on Gaelic including songs. I was sorry that was not offered again this year. 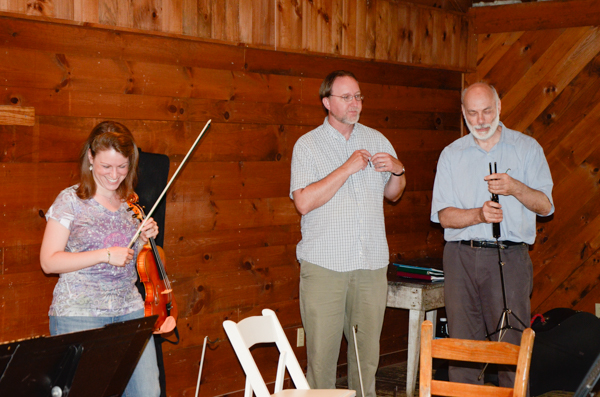 I don't have many pictures of the lessons because I was trying to play, of course. The teachers rotated through the various levels so we got many perspectives on the tunes and technique. In addition we were each scheduled for individual lessons

Here are Melinda, David and John Mark getting ready for one of the group sessions. 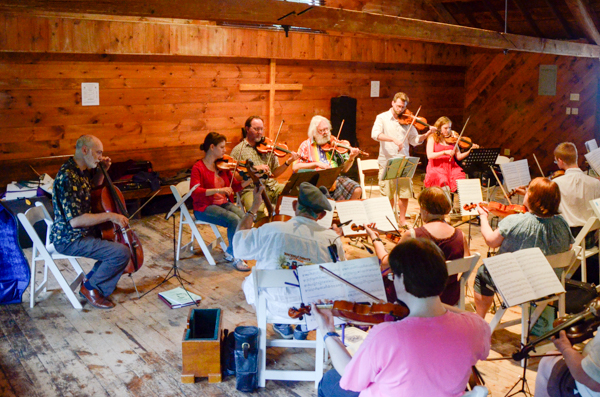 In the evening everyone got together and reviewed what each of the levels had covered that day. 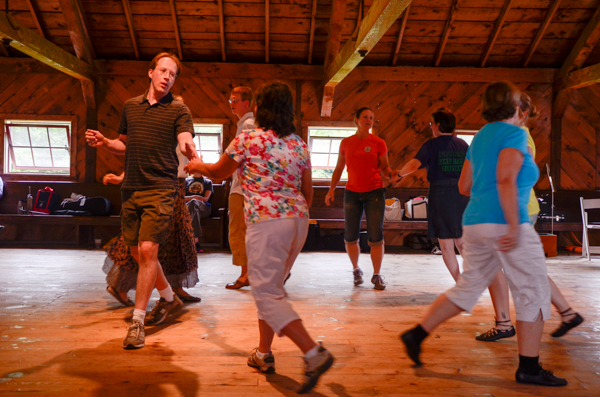 Moira Turner taught the sessions on Scottish Country Dances. I danced my first year at Jin. This year my goal was to play in the dance orchestra!

Those accompaniment lessons were valuable because there was no way I could play all the tunes! 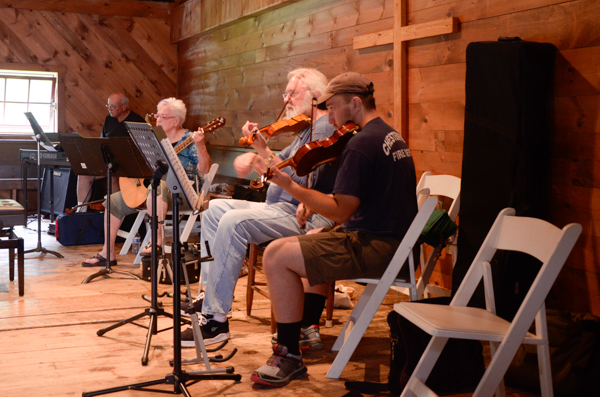 During the practice sessions there was only a small group to provide the music.

We also had lectures every day on a variety of topics. Unfortunately I didn't get any pictures of those.

My favorite "lecture" was on 16th century Scottish music. In addition to the discussion we played a selection of Renaissance pieces. I was in hog heaven.