After our visit to the gardens, the ship doubled back for a cruise through Loch Torridon, an inlet south of Loch Inverewe. Several villages are located along the banks of the loch. Until very recently the sea has been the primary transportation channel along the western side of Scotland and the Isles. Even where there were roads they were primitive. This was clear from the layout of the villages, which all faced the water. Nowadays there is at least one road on each side of this loch and occasional traffic was visible.

The tour agency representative who made all the UK arrangements joined our ship in Belfast and stayed with us. He said that the road network, which is limited even today, would have made it exceptionally difficult for him to meet us at our various stops in Scotland had he not been on the ship. He and his wife were quite delightful, so we were glad to have him along.

We saw much evidence of salmon farming in the loch. This has been controversial. Fishermen are concerned that the "farmed" fish will harbor parasites and diseases that will spread to wild salmon. 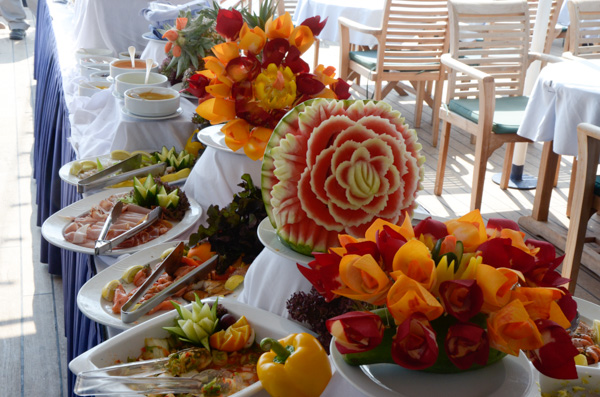 On the way to Torridon, we enjoyed a buffet luncheon on the deck. The staff went all out with the decorations. All the "flowers" on the table are created from fruits and vegetables.

Oh, the food was good too.

This puts "tastes like chicken" into an entirely new light! 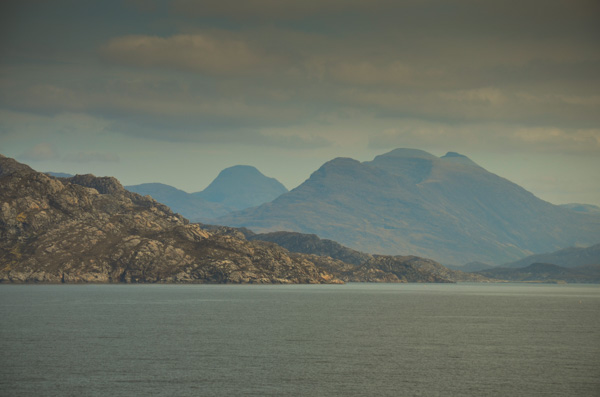 The loch has three sections: Loch Torridon, shown here, Loch Sheildaig, and Upper Loch Torridon. The passages between them are very narrow. Just as we thought we had reached the end, the ship turned a corner into another section. 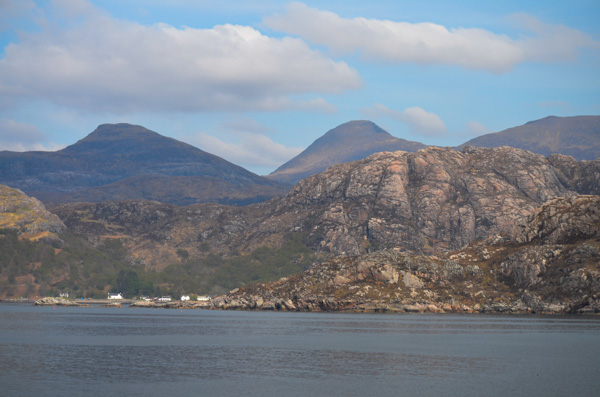 Most of the time we were in these lochs I was trying, with notable lack of success, to get images of the many sea birds.

At this point we are leaving Loch Torridon toward Loch Sheildaig.

Now we are leaving Loch Sheildaig, which is by far the smallest of the three sections, and entering Upper Loch Torridon. 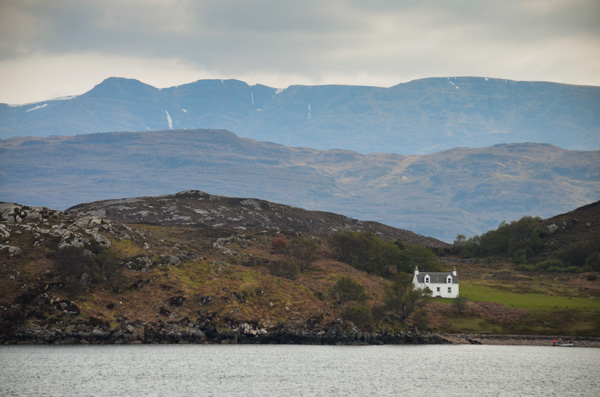 Many of the houses we passed were summer homes.

There are still traces of snow on these mountains, some of which rise up to 3000 feet. 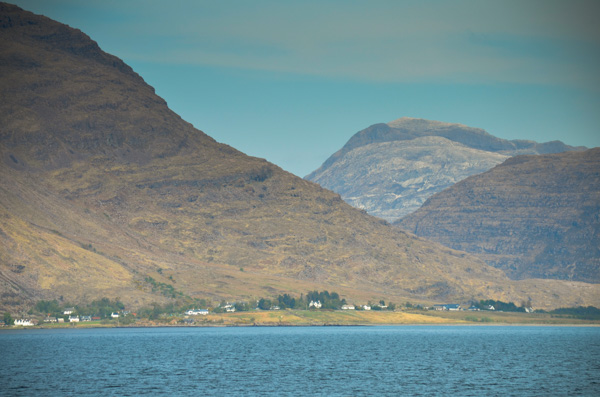 We've reached the end of the chain of lochs and are turning around to head back out. If I've got my orientation on Google maps correct, this is the village of Achnasheen. 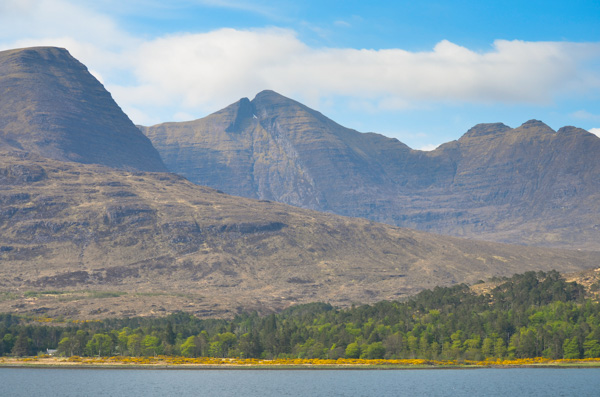 This area was brightened by bright yellow gorse.

Last year when we were hiking in Cornwall I was able to get up close and personal with gorse. Its spines are vicious, but it's lovely in bloom.

This area looked like a campground for summer visitors. 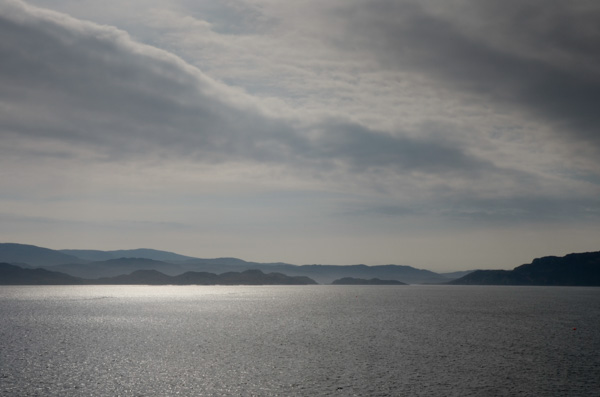 We are proceeding back out toward Loch Sheildaig.

During the night we went up over the north of Scotland into the North Sea. 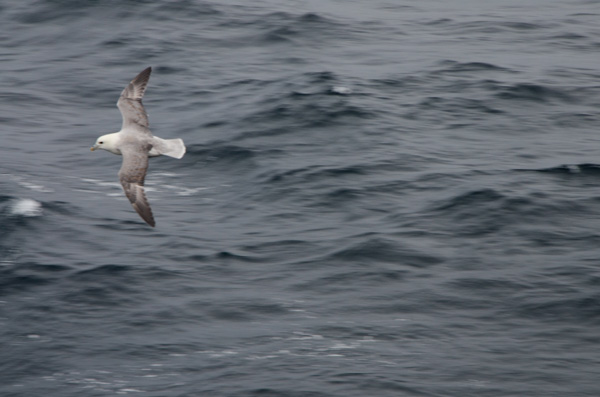 The following day we cruised down the eastern coast of Scotland toward Aberdeen. There were a number of lectures including a VERY popular talk by Linda Paulson on Malt Whisky. We were pleased to learn how to taste whiskies properly (hint: not like wine).

Of the three that we sampled our favorite was a smoky & peaty brand, Laphroaig (pronounced more-or-less like la-froy-ig"), from the island of Islay. Nevertheless we'll stick with Jack Daniels.

I finally got a half-way decent picture of a seabird! This is a Northern Fulmar.