It wasn't until after we visited this beautiful garden that I decoded the pronunciation of the name. We learned that "Inver" means "at the mouth of." The garden is at the mouth of the Ewe river. So instead of being pronounced something like "in-ver-ary," it is pronounced "inver-ewe." By any name it would be lovely. To find out more about it, check the National Trust of Scotland web site. You will need to search for Inverewe to get to the description of the garden. It has pictures in other seasons. 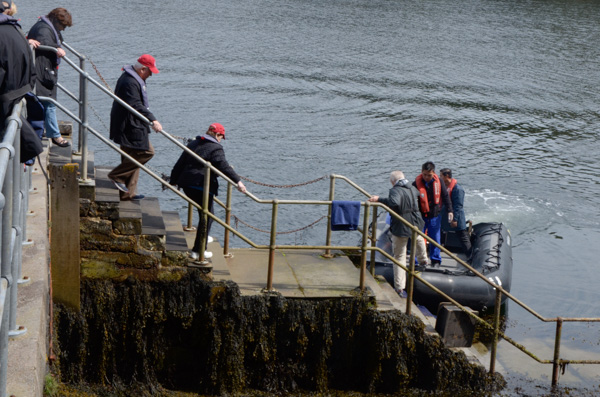 Our visit to the garden was our last, and longest, Zodiac expedition. Although we had been told to expect a "wet" landing here, there was a dock where we could alight without wading. 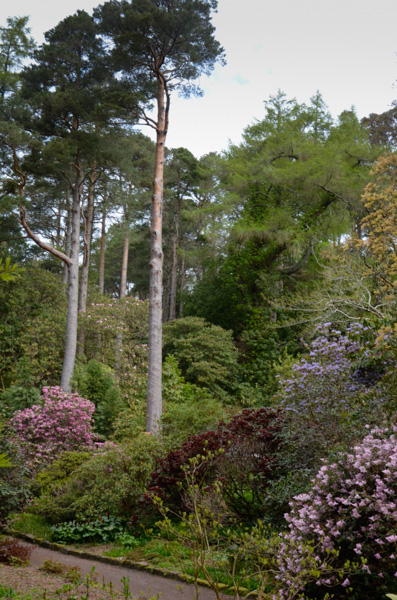 Readers of Dr. Johnson's Tour of the Hebrides may recall his constant complaint about the lack of trees. He presumably didn't know or care that Scotland's trees were cut to make masts for English ships. There is still a lack of trees on the coasts of Scotland.

The garden's creator, Osgood Mackenzie, was a youngest son and could not inherit his father's estates, which went to his older brothers. His mother gave him the Inverewe estate in the mid-19th century. It was pretty bare at the time.

Reasoning that windbreaks were the first priority, he planted a selection of tenacious trees and then waited for twenty years or so. A man of great patience! While he waited for the trees to grow, he concentrated on building the walled garden that we will see later.

Once the trees were established he introduced other plants. As at Heligan, rhododendrons were planted early and are now huge.

The climate here is similar to Heligan even though it is much further north because of the influence of the warm Gulf Stream current. The latitude of this garden is about the same as Hudson Bay. 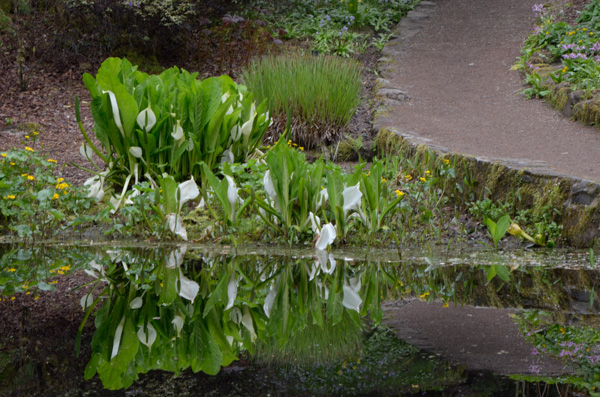 Sections of the garden were devoted to various kinds of habitats and plantings. Our favorite had the whimsical name of Bambooselem! The area pictured here was a succession of ponds with water-loving plantings.

Here again we heard the plaint about the late spring and how it had delayed the flowering of many plants. Since the garden had been planned to have a succession of beauty, however, this wasn't tragic.

I almost decided to move to Scotland for a year so that I could visit every week or two to see the seasonal changes. 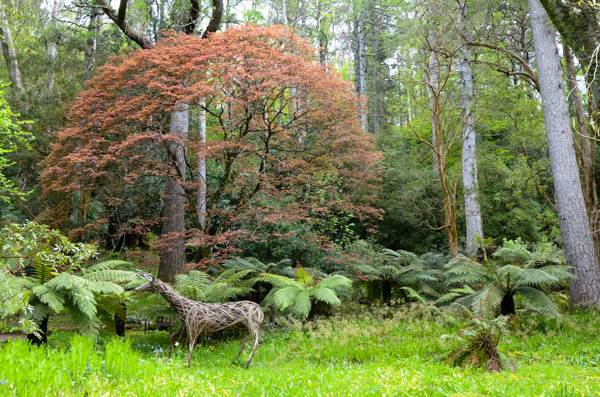 Mr. Mackenzie was an avid hunter and one of his goals for the garden was to attract wildlife. This deer sculpture of withies was indicative of this. There was a similar sculpture of Osgood lurking behind a tree with his rifle. 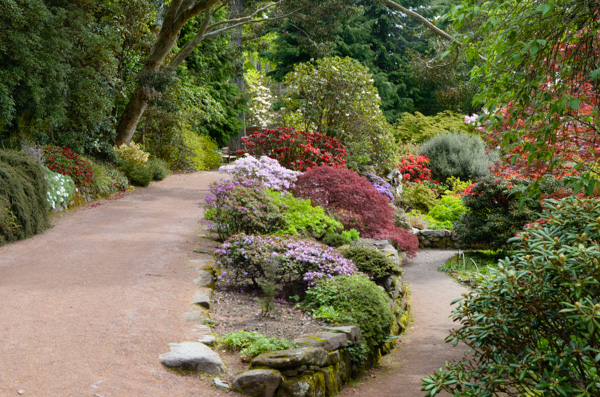 Varieties of plantings lined the paths.

Since we came from the sea and most visitors come through the main gates we went "backwards" through the gardens. At every turning our Inverewe guides explained how we could get back to the jetty.

Our expedition leaders didn't want to lose anyone and weren't leaving anything to chance however. When it came time to leave there were people posted at every intersection! 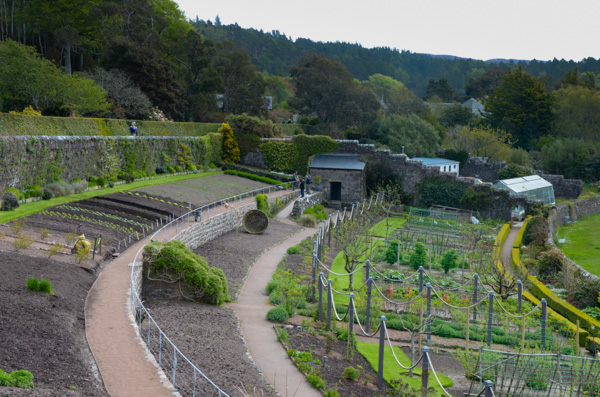 The sheltered walled garden was the first place that Mr. Mackenzie developed.

There was little growing in this area yet. The ship had a picture of this garden taken in mid-summer. The paths were almost blocked with the profusion of flowers.

The loch is just out of the frame to the right. 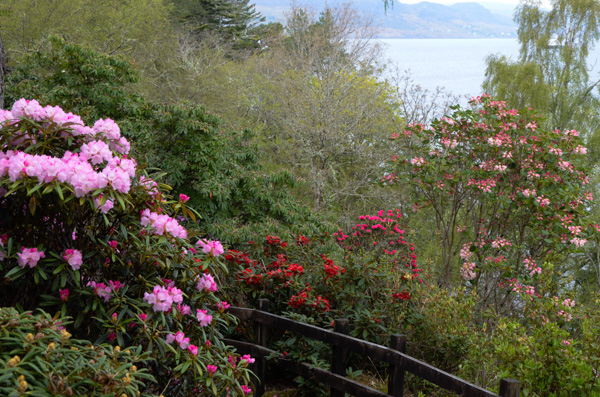 Loch Ewe was visible from many of the overlooks in the garden.

Since the season was so delayed, the foliage let in more light than would otherwise be the case in late May. 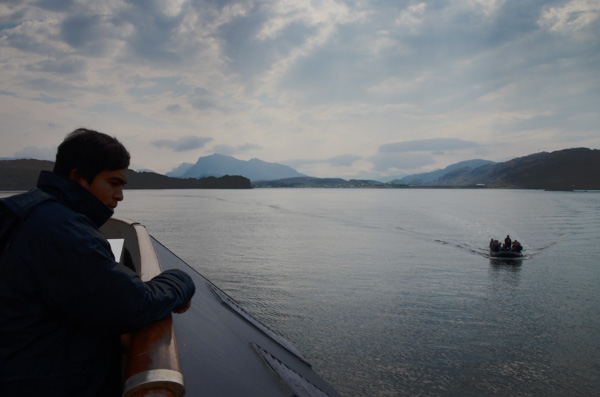 After our morning at Inverewe, we took the long Zodiac ride back to the ship for lunch. We then had lunch and proceeded to Loch Torridon, which is said to have some of the most dramatic mountain scenery in the British Isles.

You may elect to move on directly, or check out the various flower pictures.