We started our trip by driving to Reston, VA, where we had arranged to leave our car with a ski club buddy, Melissa Fitzgerald. Although we tried to treat Melissa to dinner, she insisted on cooking for us. She had also invited some other friends, Bob & Francine Ludt, who live part-time in Lexington. The Ludts are associated with my church, Lexington Presbyterian. Another of the many Potomac Valley Skiers small-world stories.

After bidding farewell to Melissa and the Ludts, we flew to Heathrow where we were collected by a driver who took us to Danesfield House. Members of our group trickled in throughout the day. Those who came in early, such as ourselves, could walk around the extensive gardens to fend off jet-lag. 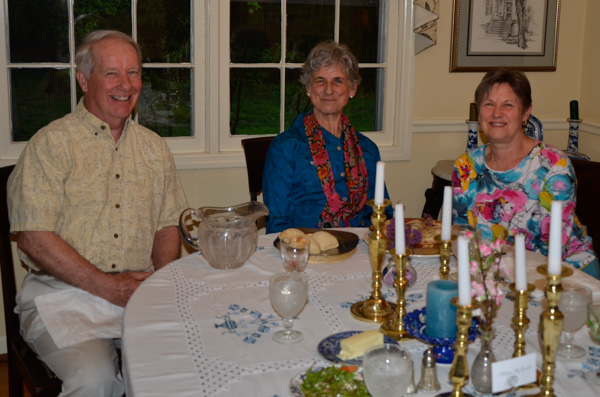 Bob, Melissa & Francine prior to our departure.

We have found several connections between our PVS friends and folks we know in Lexington. 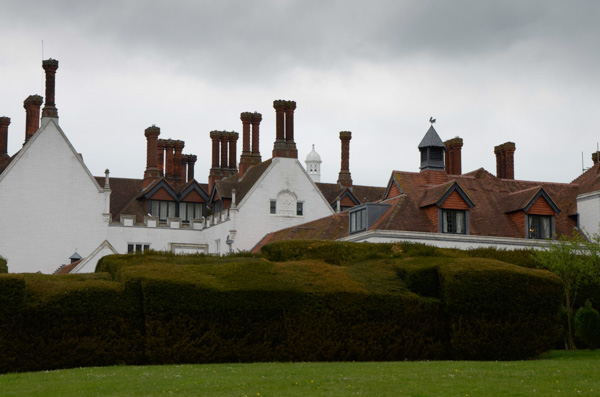 Danesfield House. The front view, from the river, is more traditional, but the chimneys and gables are more picturesque.

The property has been occupied for centuries, but the existing building only dates to the late 19th century. 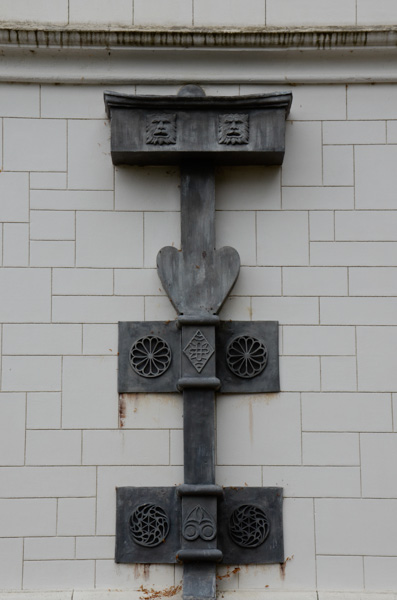 The details throughout the estate were fabulous. It is a popular venue for weddings. In fact there was a wedding party there at the same time we were. 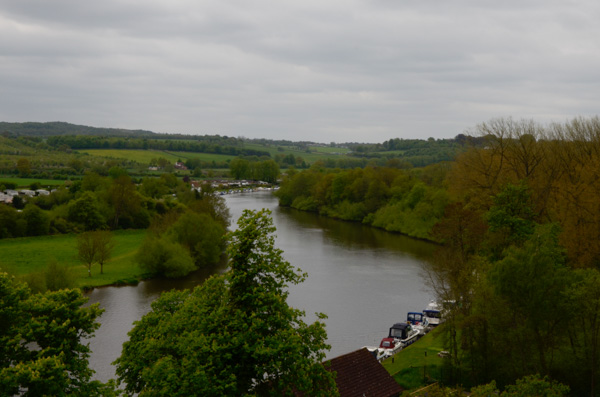 The Thames as it flows past Danesfield.

The house and gardens are located on the site of an iron age hill fort. Excavations show that the area was occupied even earlier – around 4700 years ago. The current name comes from the belief that the area was used by the Danes during the time (much later) that they invaded and settled in what became England. 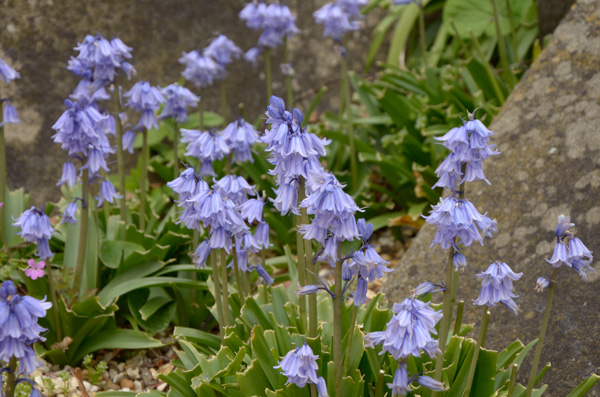 I always learn something completely unexpected when we travel. This trip I discovered English Bluebells. Native bluebells are disappearing because of hybridization with introduced Spanish Bluebells.

I am not certain, but I believe these are either the Spanish variety or hybrids. Whatever they are, they are lovely woodland plants. There will be more bluebells later. 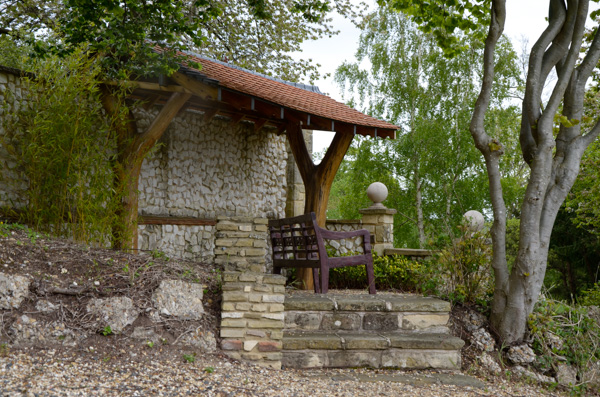 The gardens had numerous places for resting and perhaps having a quiet cup of tea.

The current gardens date from 1990 when the property became a hotel. Prior to that time it had been a private residence, the RAF headquarters, and finally the corporate headquarters of Carnation Foods.

By the next morning our group had arrived and we fanned out for our planned excursions. Jim and I (with strong encouragement from yours truly) had chosen to visit Chawton, Jane Austen's last home.