On our final day of skiing we had the option of traveling to Verbier to sample Swiss skiing. I dithered about this day trip, but decided to give it a go. I'm glad I did because there was a lot to see there although the skiing was not my favorite. 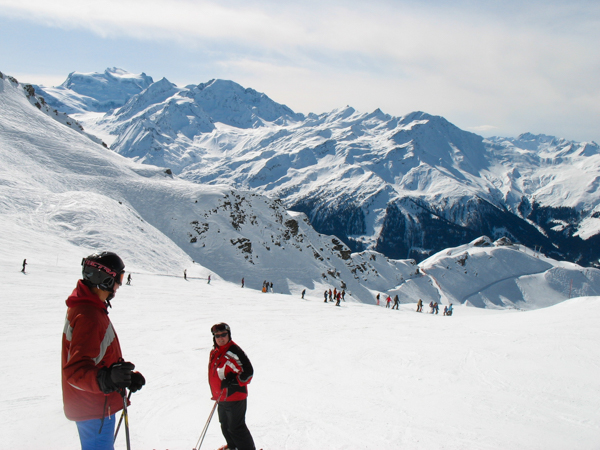 This area of the Alps must include the most beautiful ski views in the world, although parts of Colorado and the Dolomites are spectacular as well. 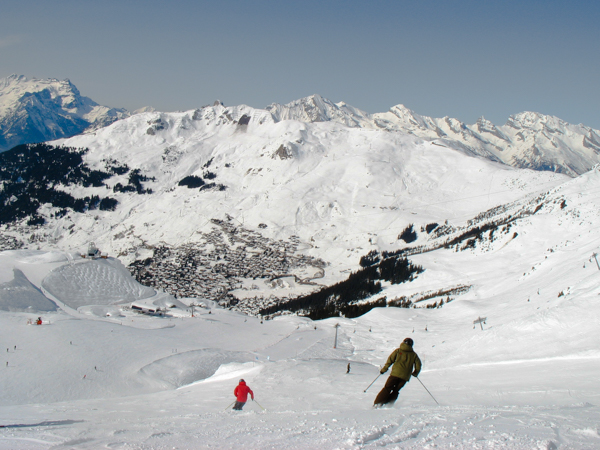 There was one disorienting quality to this resort. No matter which lift we took or which direction we started down, we kept ending up in the same spot! It was like the movie Groundhog Day! From a high point you could see where you wanted to go, but by the time you had skied down a bit, it was impossible to tell how to get there. The piste map was of little help.

Another problem was that the slopes were comparatively crowded, although it isn't obvious in this picture. I get nervous if there are too many other skiers around. People are more unpredictable than steeps or bumps! 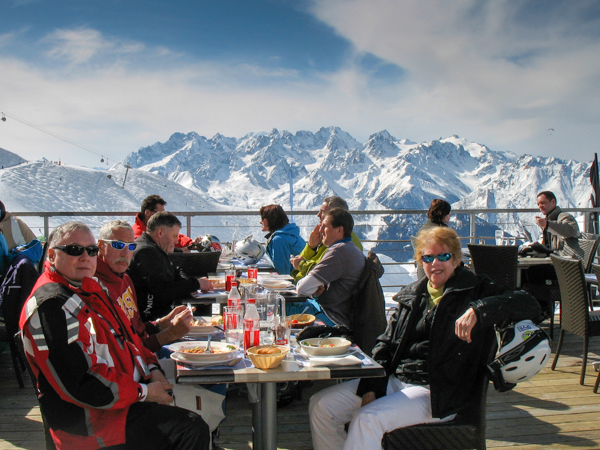 After passing this restaurant several times trying to get to somewhere else we decided, what the heck, let's eat! It had a very nice view and the food was delicious.

Pictured are Dick, Dave (didn't lose him today), and Sharon. 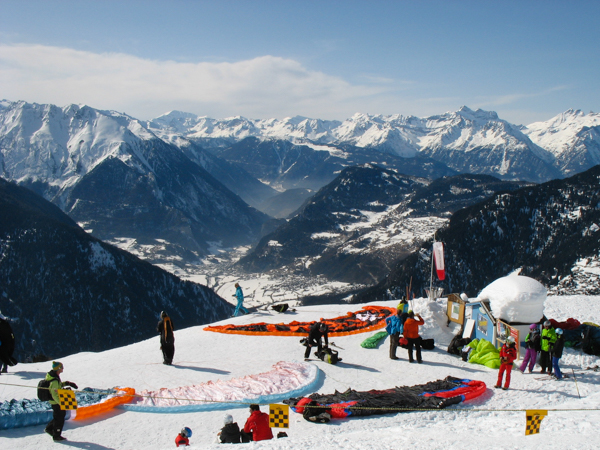 We spent quite a while watching this launch point for paragliders. Some folks were flying solo and others tandem. Once ready to go, the gliders would either run down the slope until they got enough lift to take off, or ski down. The tandem riders would typically ski.

One poor soul spent a good bit of time getting ready, took off, and almost immediately did a 180 back into the hill. No damage done, but we doubted it was on purpose.

Once aloft, the gliders climbed high and stayed up for a long time. 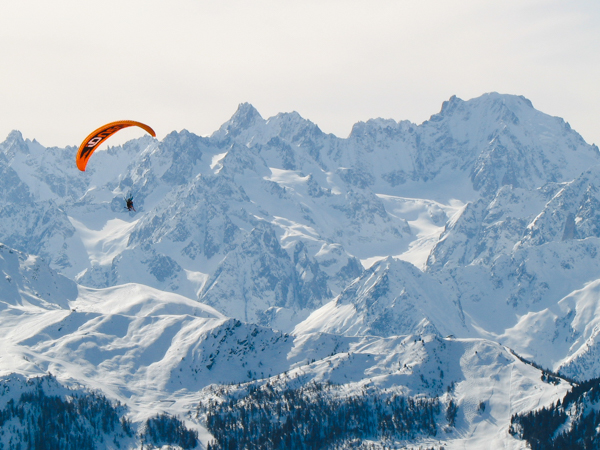 This is a tandem. At one point we could see over eight gliders aloft at one time.

We eventually escaped from the space warp we felt trapped in and explored a good bit of the area. Some parts were accessible only by "mountaineering" trails or bus rides, so we skipped them.

As is often the case, we gals were ready to curl up with a glass of wine before the guys were, so we parted ways at the top of the gondola. As it happened, they ended up beating us down to the bus! 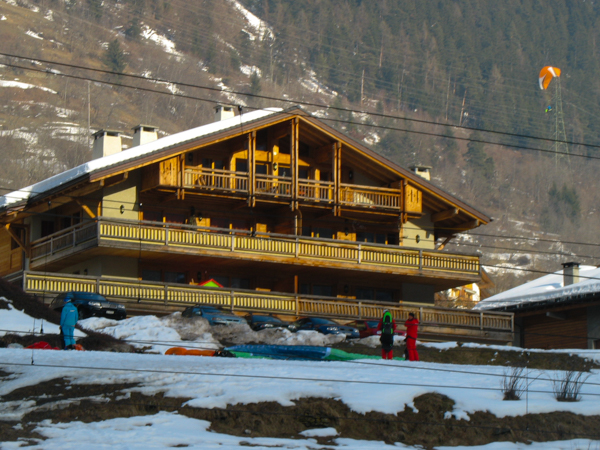 The bus parking lot turned out to be adjacent to a popular landing pad for the paragliders. It was fascinating that they could take off so high on the mountain, spend who knows how long soaring around, and then make a precision landing between an active road and a power line!

There were at least five gliders that came in here, so it was not by accident.

After a wonderful day skiing, we were glad to return to Chamonix for our final evening of packing and preparation for the return home.