Hiking on the Appalachian Trail

The Lexington Newcomers Hiking Group spent the morning of 9 November 2012 hiking on the Appalachian Trail from the crossing of the James River to the Matts Creek Shelter and back.

I took along my brand-new camera for its first outing. It wasn't an unqualified success. I was confused about the appropriate "automatic" setting, which resulted in a number of poorly exposed pictures. Although I didn't lose my lens cap, I did lose the lens hood! No clue how that could have happened. Furthermore camera shop sold me the incorrect size of UV filter, so many of the pictures have a blueish tint.

Clearly I have much to learn about this new toy.

On the positive side, not once did I swear at it for not taking a picture promptly.

The Appalachian Trail passes through Rockbridge County along the crest of the Blue Ridge. We've walked a couple of sections of this trail with the Newcomers Hiking Group.

Early in the hike on this day we met some serious hikers with backpacks. They were traveling north and this is rather late in the season for thru-hikers to be seen in this area, but they may have been section-hikers. Should have asked.

A couple of our number had been on a longer AT hike the day before in a relatively isolated part of the trail. They came upon a small group of young hikers who had been delayed by Hurricane Sandy and were now without food, water or money. They gave the youngsters a ride, some money, and dropped them off at the local Food Lion with good wishes.

We hope they have some other resources to get them out of a potentially dangerous situation.

It isn't obvious in this picture but there are two bridges. The train bridge is in the background. The bridge in the foreground with the lacy-looking railings is the William T. Foot Bridge, which carries the AT across the James River. The parking lot where we started is on the far side of the train tracks.

The first part of our hike was along the James. The Snowden Dam and power plant is just down-river from this site, which is why there is a lot of water in the river at this point. 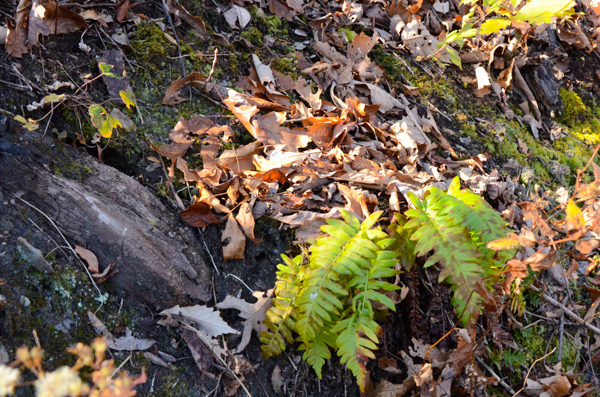 A friend of mine thinks that much of the AT is boring because there are few vista points. I personally like the small sights. There are very many fern species in Virginia. Dunno what this one is. 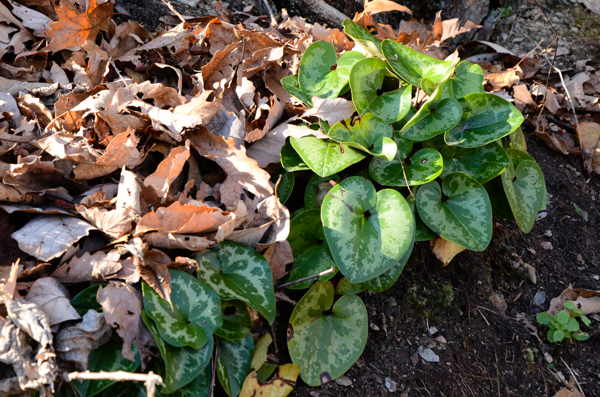 There were many clumps of Virginia Heartleaf (Hexastylis virginica) along the way. In the spring these plants have flowers hugging the ground underneath the leaves.

I also saw a few Bloodroot leaves here and there. This must be a spectacular hike in the early spring with the rhododendrons and mountain laurel. 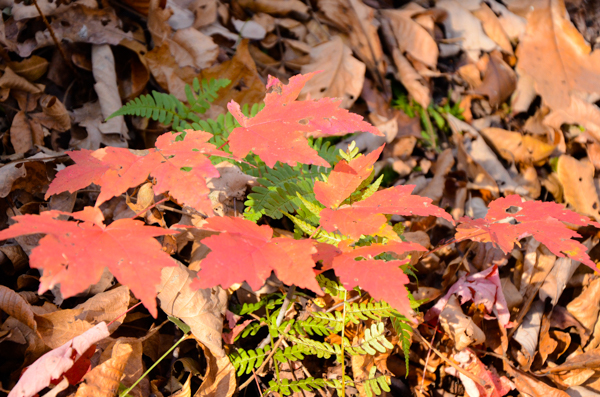 There wasn't much fall color this year, but this tiny maple didn't get the message. 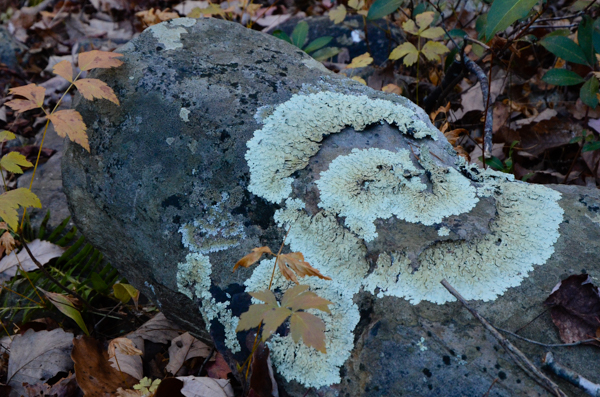 There is a "romantic" tale of Freddy Fungus and Alice Algae that describes the symbiotic nature of lichen. I heard it on a nature hike once and it has really helped me understand how it works. 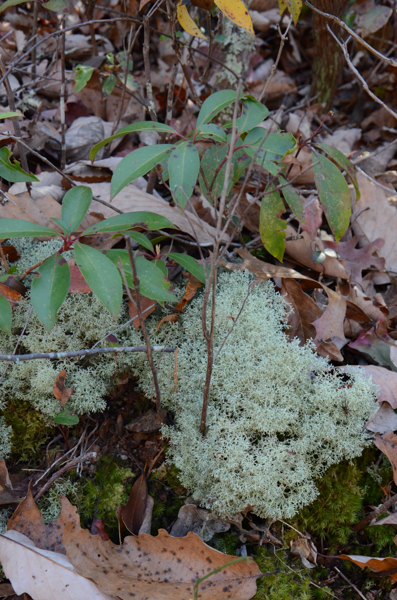 We saw many types of mosses (I need to improve my focusing technique to get better pictures of them), but a favorite was this frothy white contribution. Or perhaps it is a different type of lichen?

We turned away from the James to climb along Matts Creek. The creek runs down a little valley with pools and tiny waterfalls.

Just before the turn-off we entered the James Face Wilderness. I tend to think of wilderness areas as somewhere "out west," but there are several within a few hours' drive of Lexington.

There are some horse trails into this wilderness as well.

This sequence of pools seemingly leads into the atmosphere. This is my favorite picture of the day in spite of (because of?) its technical deficiencies.

A collection of various mosses. I have no idea what they are. 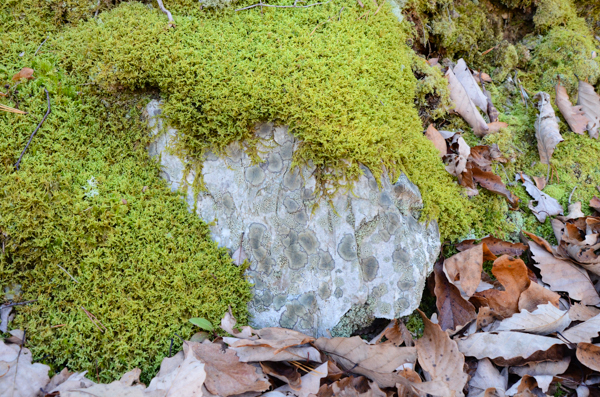 I loved the mottled lichen pattern on this stone with its toupee of moss.

The derecho early this summer brought down all kinds of trees – many of them were weakened or sick. This one doesn't appear to have been sick, but it was crunched nonetheless. 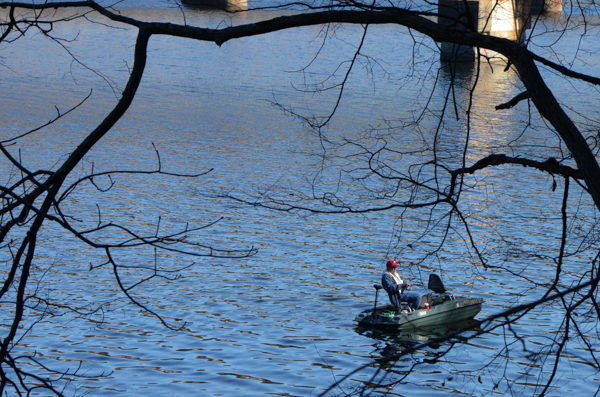 The day had started out cold with a light frost, but by mid-day as we returned back along the James it was warming up and we were quite toasty. This fisherman has found the perfect way to laze away a mild November Friday. 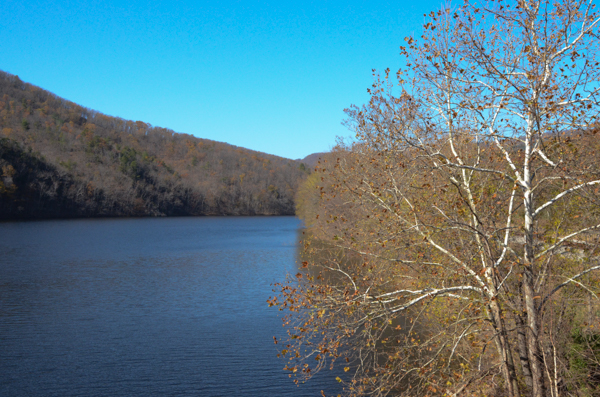 Looking upstream from the Foot bridge at the end of our hike.