Kansas
With Fran and Judy Pease

On the way to Jim's Rotary International convention in New Orleans this spring, we stopped in North Carolina to visit Fran's brother Jim and sister Betty and their families. So it seemed like a good idea to visit Fran on the way to the Grand Canyon. We had a great time. I never considered Kansas as a destination vacation, but there was a lot to see in the couple of days we were there and it was of course great to see my relations. 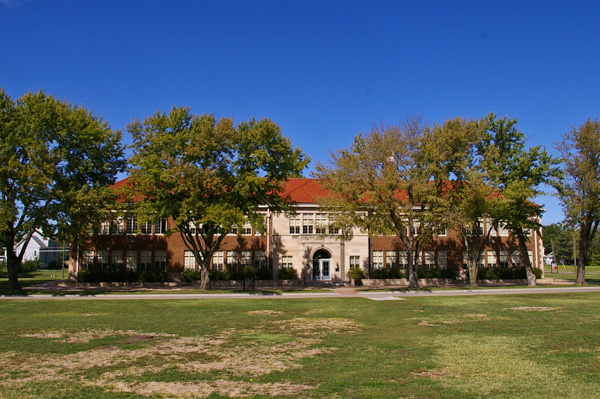 The Brown Versus the Board of Education National Historic Site is in Topeka, KS. For the big picture, more complicated than I knew, click on the link. This was the "colored school" in one of several independent cases that the NAACP combined on the way to the Supreme Court.

The exhibits were eye-opening – especially the introductory film. 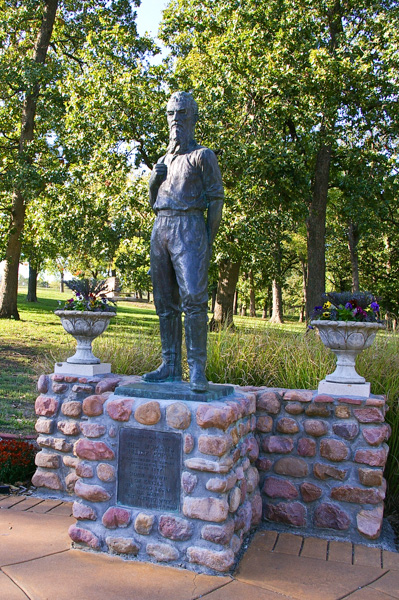 A different Brown associated with Kansas is John Brown, the revolutionary abolitionist. The John Brown Museum in Osawatomie, KS, is dedicated to his activities within "Bleeding Kansas."

The Kansas-Nebraska Act of 1854 dictated that popular sovereignty would determine whether slavery would be allowed in Kansas and the rest of the Louisiana Territory. In response Brown and others came to Kansas to agitate against slavery.

Both sides share blame for the ensuing violence. Historical sites throughout the neighboring area document the various atrocities. Brown himself, according to the information at this museum, was a more complicated figure than the popular images held by either side of the question.

Brown's half-sister, Fiorella Adair, and her husband Samuel lived in a log cabin in the neighborhood of Osawatomie, KS. The historical society move the cabin to its current location prior to 1930 and erected this stone building to preserve it.

The "Battle of Osawatomie" took place in August, 1856.

Brown was injured and one of his sons was killed in the battle. He & his supporters retreated across the Marais des Cygnes river, the name means "Marsh of the Swans," where they watched Osawatomie burn.

(The bridge is modern.) 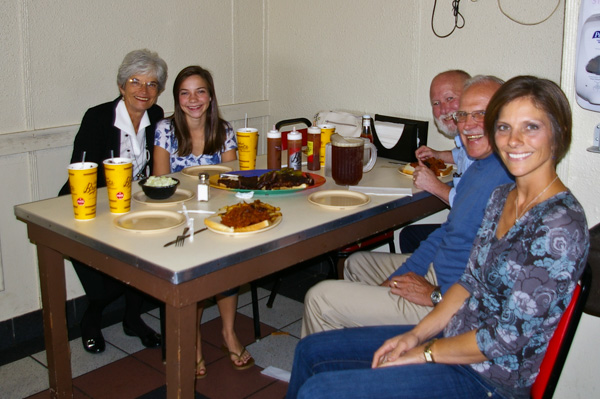 The next day we visited the museum dedicated to the Steamboat Arabia in Kansas City. I have no pictures - check the information at the link.

Afterwards we gathered at Arthur Bryant's for a delicious BBQ meal. Pictured are Judy, Brooke, Jim, Fran & Lindsey. It was great time together. 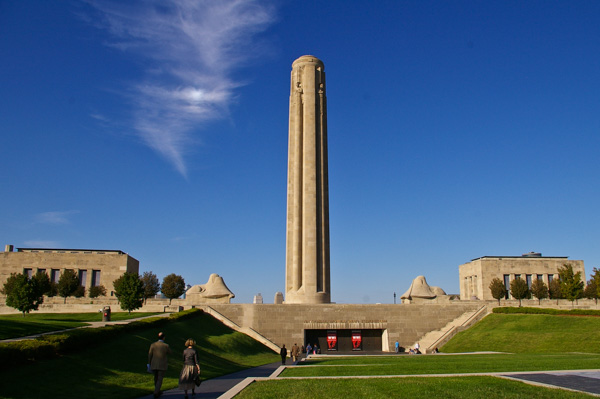 Our next stop was the World War I Museum in Kansas City.

I have always been puzzled about the genesis of WWI. This museum helped me understand why – it was puzzling!

The architects designed the entrance to the museum to suggest a bunker.

This museum's strength is documenting the process and effects of the war and providing a deep look into the long march to WWII. 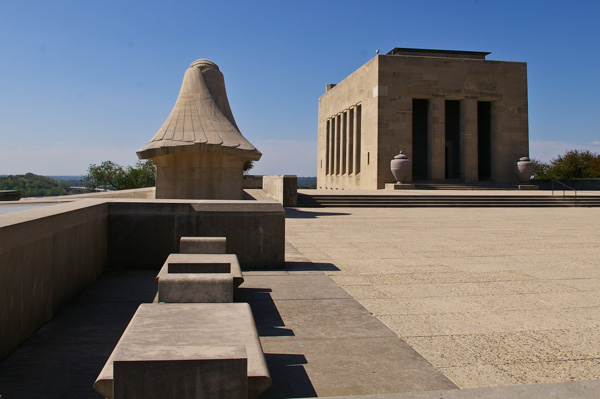 The exterior design was a mixture of Art Deco and Egyptian Revival. Two sphinxes face east and west with wings covering their faces. This east-facing sphinx hides from the horrors of war. The west-facing one faces the future -- unseen and unknown.

From the top of the tower we looked over the Kansas City (Missouri) skyline.

The large building in the foreground is Union Station. Later that evening we attended a concert at the newly opened Kauffman Center for the Performing Arts. It is the swoopy glass building to the left of and behind the station. Emanual Ax played Beethoven.

It was a wonderful interlude prior to our Grand Canyon adventure.