In October of 2008 my brother and his wife welcomed their first grandchild. We made a special trip south a few months later to welcome the new addition to the family. While there we also did some local sightseeing. 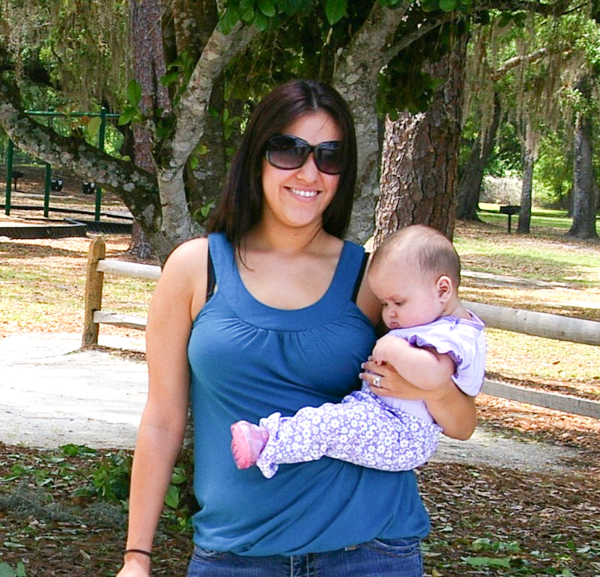 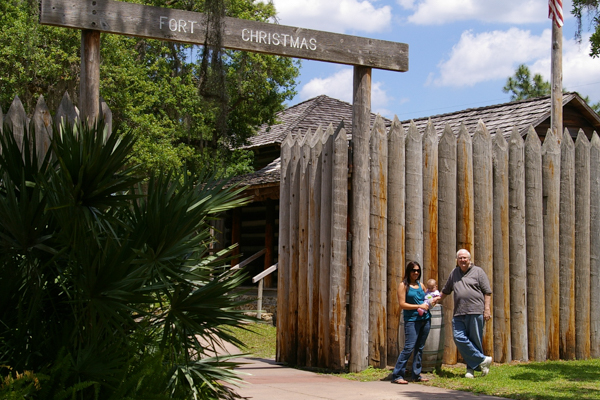 The Army built the fort during the Second Seminole War. The current fort is a recreation constructed in the 1970s near the site of the original fort.

The Seminoles were not a distinct tribe. There were a number of tribes that relocated to Florida in the 18th century as white settlers pushed into their ancestral domains. Slaves who escaped to Spanish Florida received their freedom and many settled with the Indians and became "Black Seminoles."

The U.S. Military tried to force the Seminoles out of Florida and onto Western reservations. Although many relocated and more were killed, a remnant of Seminoles moved to southern Florida to an informal reservation there.

There were more conflicts, but self-governing Seminoles remain in Florida. 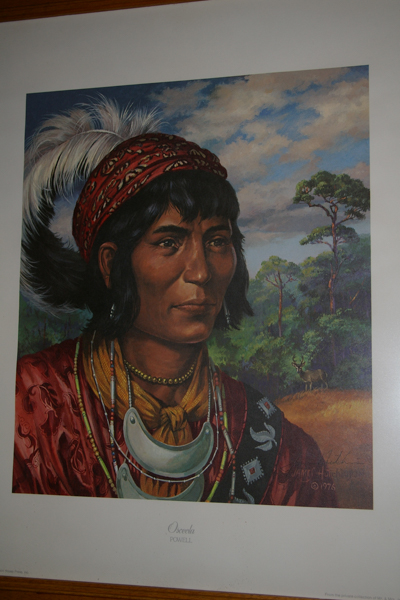 Osceola was one of the leaders during the Second Seminole War. He was captured by treachery and died in prison.

We made a point of taking this picture because one of our favorite restaurants here in Rockbridge County is called Osceola Mill. Moreover U.S. 29 is called Seminole Trail. We have never been able to find out why the Floridian names moved this far north. There is also a town called Osceola Mills in central Pennsylvania. 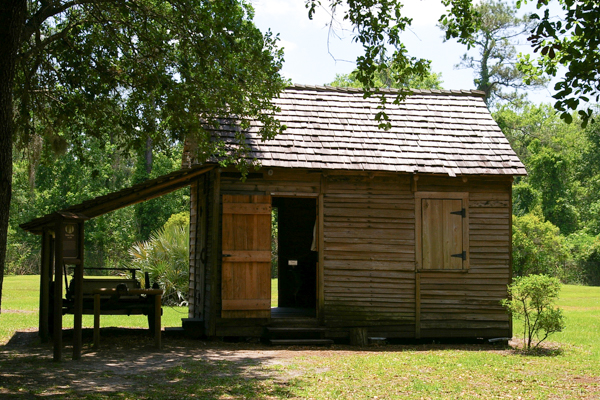 An extensive display of "Cracker Houses" and other buildings have been relocated to the park.

The Simmons family built this tiny house in the 1880s. They had nine children. I hope they didn't all live here at the same time! Interpretive material at the site stated that this original house received many additions over the years.

People sought protection from voracious mosquitoes even before their link with yellow fever and malaria was known. 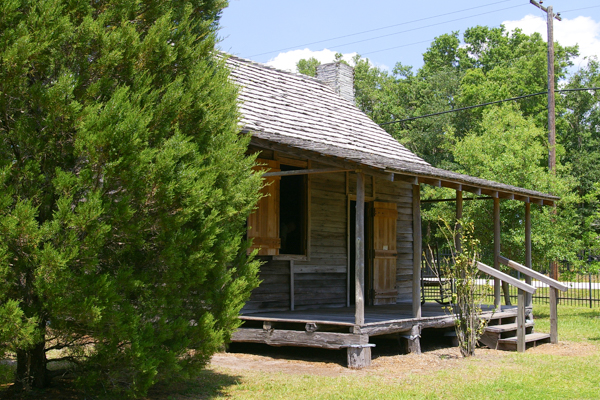 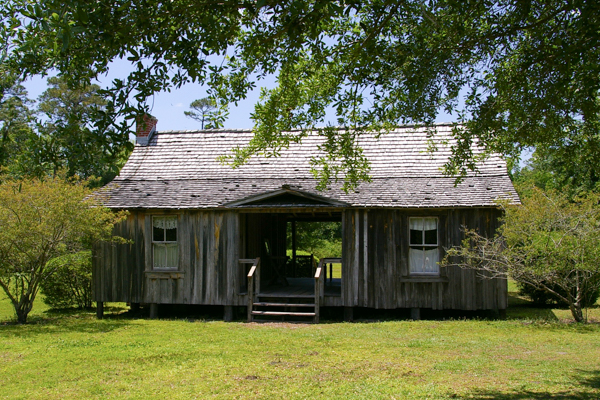 Ephraim Brown built this dog-trot house in 1900 from the remnants of an older log cabin that burned. Brown originally came to Florida in the 1870s. 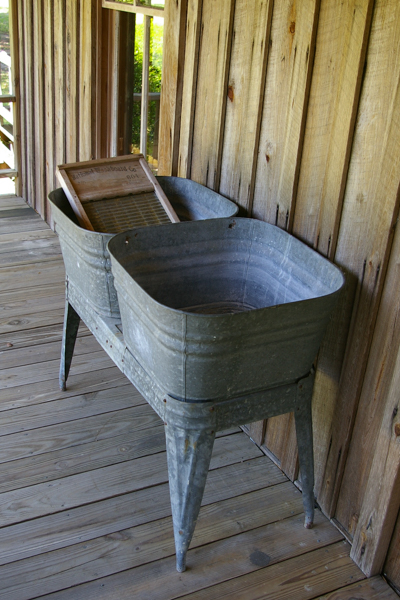 It's no surprise that the housewife only washed clothes once a week if that. Between hauling the water, scrubbing the clothes, and hanging them to dry, it was an arduous task. 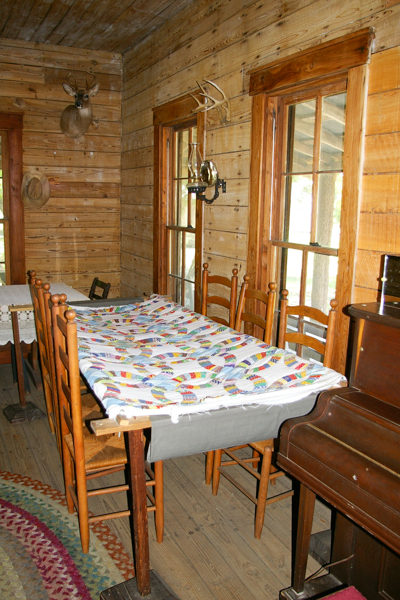 The Woods family built their house in 1927. It is larger than most of the other dwellings.

This is a quilting table where neighbors would gather to sew and chat. 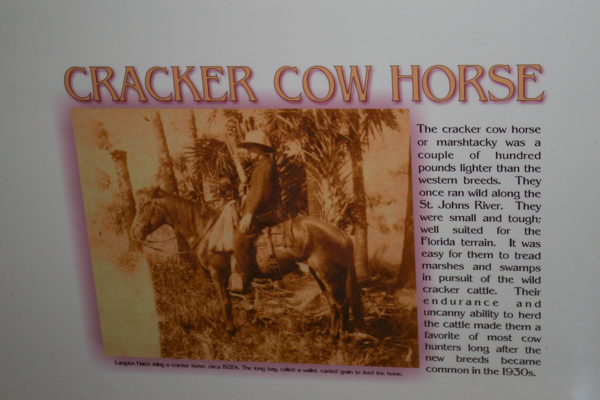 Of course I had to capture the information on the local horses. The breed survived because of the dedication of a few families. There is now a registry focused on growing the numbers of horses. 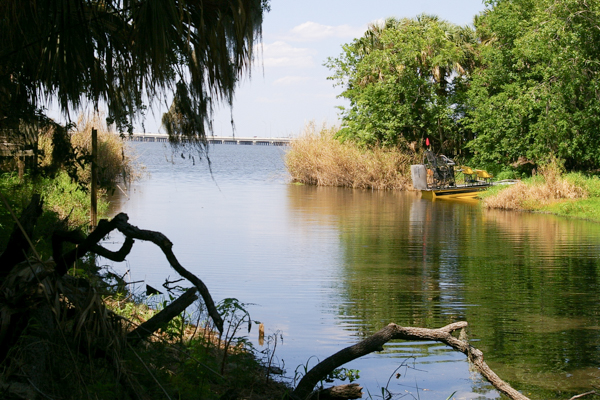 After touring the Fort Christmas exhibits, we went to White's Wharf, also known as Clifton Springs, located on Lake Jesup. It is now a low-key park. 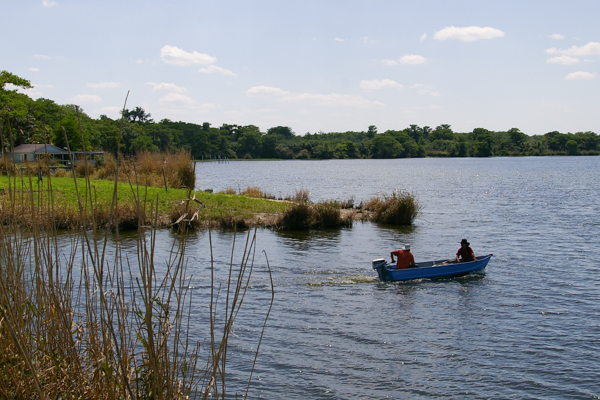 Some fishermen heading out -- no doubt with high hopes. 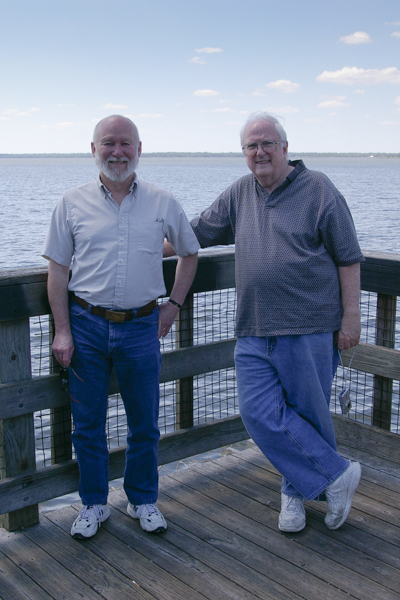 Jim and Emmett hanging out on the rebuilt wharf.

It was a quick but fun visit to Florida to welcome Olivia. She has grown into a lovely youngster in the intervening years and is now a "big sister" to two younger siblings.