When we traveled to England as part of a Road Scholar program on World Religions in 2007, a significant portion of the program was on the QM2 traveling from NYC to the UK. We loved it! So when we had the opportunity to return from England after the Rotary convention we snapped it up.

The initial logistics were complicated. We had to be at one of the NEC hotels on Thursday morning to catch the bus to the ship, but the free trains from Birmingham city centre expired at the end of the convention on Wednesday. We were a wee bit tired of living out of a suitcase in our teeny-tiny hotel room, so we relocated to the NEC area for Wednesday night. Shuttle buses were also discontinued on Wednesday, so we had to take a taxi to the departure point. Yes, we could have hiked the distance (with our luggage), but we were also a wee bit tired of walking, walking, walking!

The QM2 was just as magnificent as it had been two years prior. This was our third trip on Cunard and we therefore had a minor "frequent sailor" status. For our loyalty we got an upgraded stateroom on the 11th deck with a private balcony. Nice! 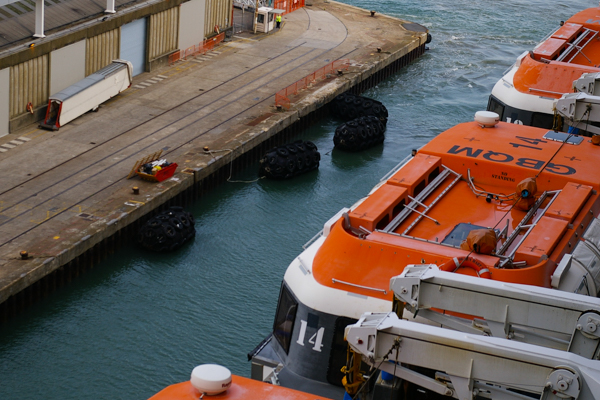 There was some delay and confusion in getting onto the ship, but we all made it, and the ship cast off for our long voyage across the Atlantic. Southampton is one of the world's great ports and has been in use since Roman times. 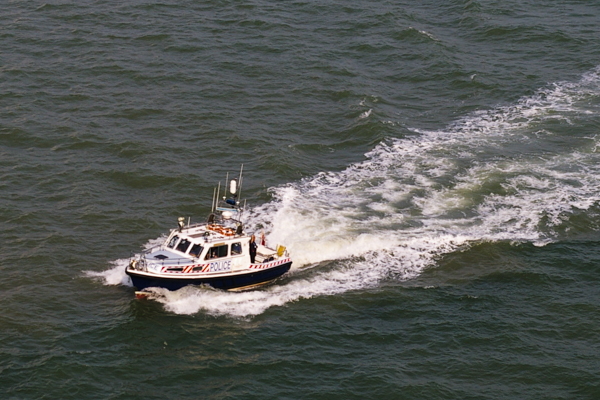 In our limited cruise experience, police escort seems to be mandatory. I don't know why. Maybe it's in case a stowaway is discovered. Once upon a time they allowed visitors onboard, who might not have disembarked in time and needed a lift back to port, but that tradition has long since vanished. 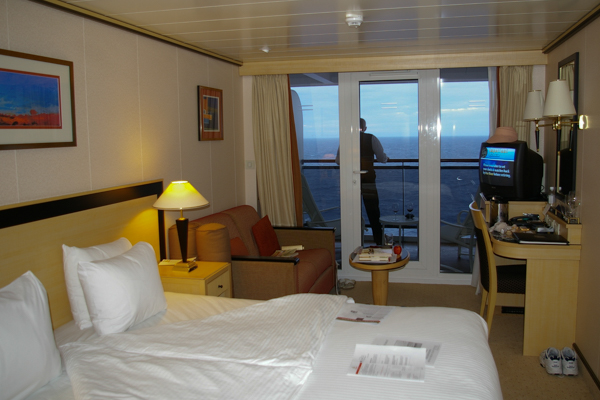 Many years ago my parents traveled to Europe on The France. I went onboard to see them off. I was shocked at the small size of their room (since I assumed my parents always had the best of everything). Either my standards have changed or staterooms are much larger nowadays. Our room was very commodious. 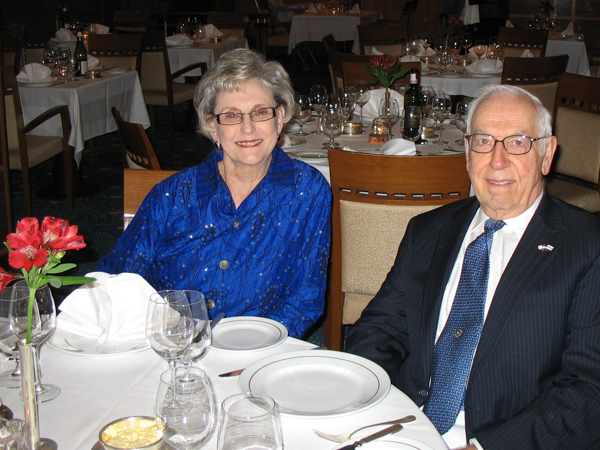 Dining on the QM2 is formal. We had an assigned table with two other couples. They were good dining companions for the voyage.

Jo-Ann and Charlie were fellow Rotarians from Texas. They were lovely folks who leaned heavily on the politically conservative side, as we discovered. 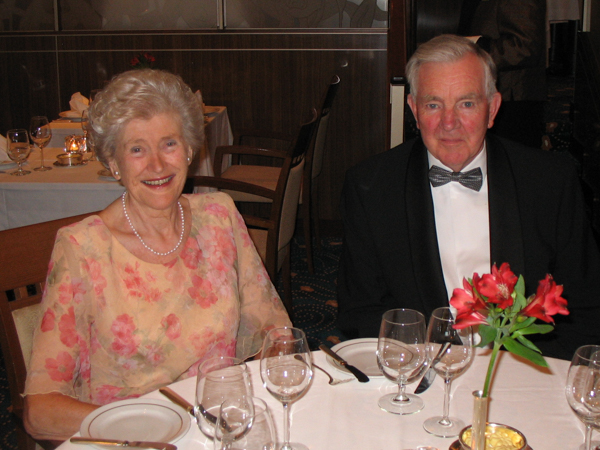 Theresa and Len were a delightful English couple from Tunbridge Wells in Kent. They were more liberal on the political spectrum. President Obama had recently taken office and they enjoyed gently tweaking Charlie and Jo-Ann about the increasingly liberal attitude in the US. (How those times have changed!)

We are pretty middle-of-the-road, although we trend liberal, so we enjoyed the debate.

Some folks feel that such disparate groupings are a bad thing. We found it marvelous! 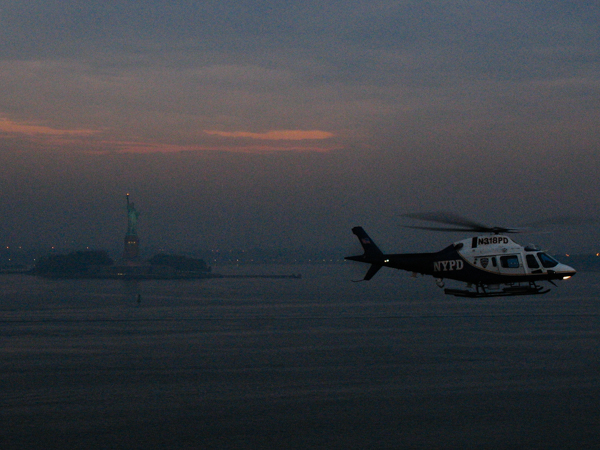 After six days at sea, we arrived in NYC before dawn. We had an NYPD escort into our berth in Brooklyn.

There are few things in life that can compare to seeing Lady Liberty as we return home. As the poem by Emma Lazarus, inscribed on her pedestal, says:

"Keep, ancient lands, your storied pomp!" cries she
With silent lips. "Give me your tired, your poor,
Your huddled masses yearning to breathe free,
The wretched refuse of your teeming shore.
Send these, the homeless, tempest-tossed to me,
I lift my lamp beside the golden door!"

May we remember and honor this promise!

We docked at the Brooklyn Cruise Terminal. It was a bright dawn over Brooklyn.

Our next conveyance was the shuttle to Penn Station (a pitiful shadow of its former monumental self) for our train connection.

After catching the train, we had a relaxing trip to Pennsylvania where we were happy to see our relatives and little dog again – and then a safe trip back home. 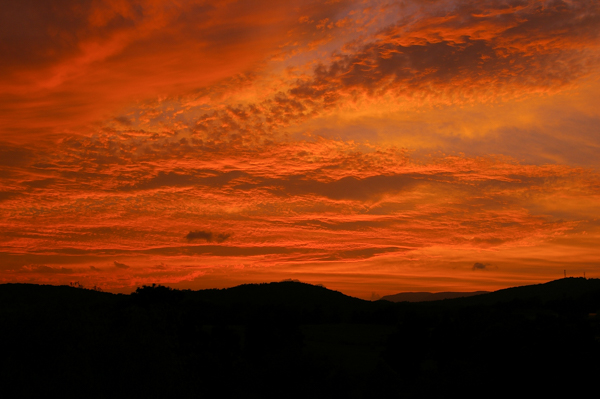 As usual I like to end our travels with an image of home: sunset over the Appalachians from our back deck. There really is no place like home!