In November, 2009, Jim, Hoppy and I took a road trip to visit my Mississippi kin. We also made a foray into trying to understand how mineral deeds are researched and how wills should be filed in various counties. Unfortunately the day we visited Uncle Win & Aunt Juanita Cutrer in Tylertown I forgot my camera so I don't have pictures of them. 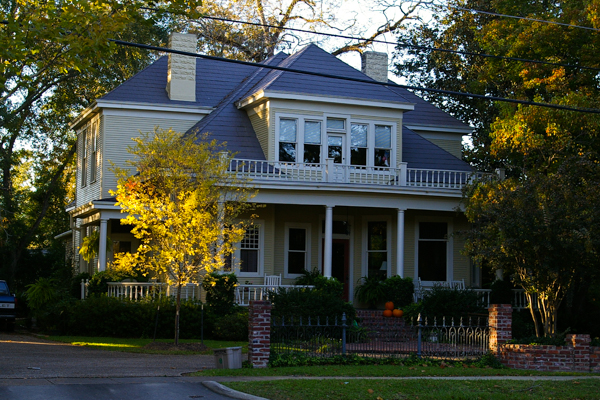 Late one afternoon we visited Magnolia. This is the house I remember my grandparents living in although it is much changed and I was quite young when they died. I loved the wrap-around porch and there used to be a swing set where the driveway is now.

There once was a Magnolia fuscata plant, which had the most delicious scent, just to the left of the porch. I would plant one myself based on the memory, but it wouldn't have a chance of surviving in Virginia.

There is a sign in front of the house identifying it as the "Gibson-Goza House, circa 1860." I, of course, always think of it as the "Cutrer House."

Downtown Magnolia doesn't seem to have changed much. There is still just the one main street. The railroad tracks are to the right.

My favorite family story remains the time that the Panama Limited made an unscheduled stop in Magnolia for my Aunt Lib's wedding. The wedding guests were VERY impressed. No one mentioned that the engineer was a cousin. 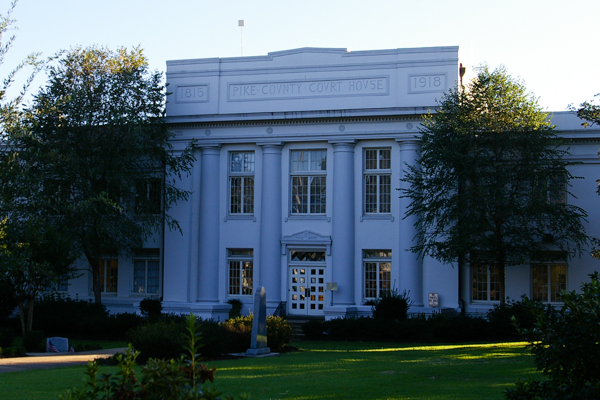 The Pike County Courthouse is where my grandfather Richard Wiltz Cutrer went to work every day. He was Chancellor (judge) of the Mississippi Fourth District. I believe he still holds the record for the longest-serving Chancellor in state history. 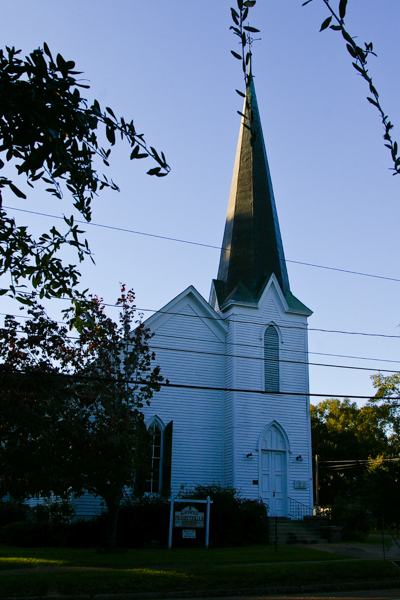 The Presbyterian Church that my grandparents attended is now on the National Register of Historic Places. Right around the corner from the church there is the "Myrtle Street Historic District."

Many of the houses in the area have historic markers and most of them are well-kept. This is a positive change from the last time I visited Magnolia. 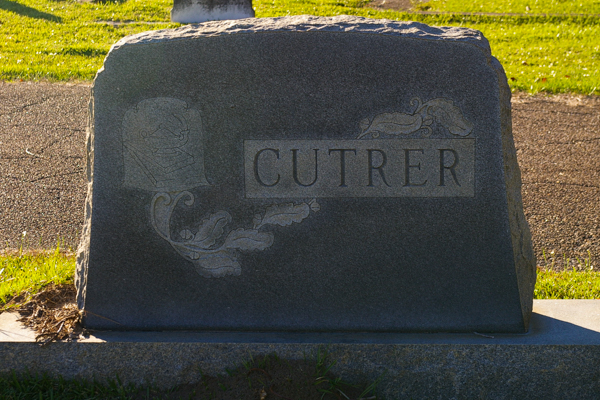 My grandparents are buried in the local cemetery. There are numerous other Cutrers buried here. I couldn't begin to guess the exact relationships since there were at least three Cutrer brothers who migrated to the area from South Carolina in 1804 or thereabouts. Each of them had large families. 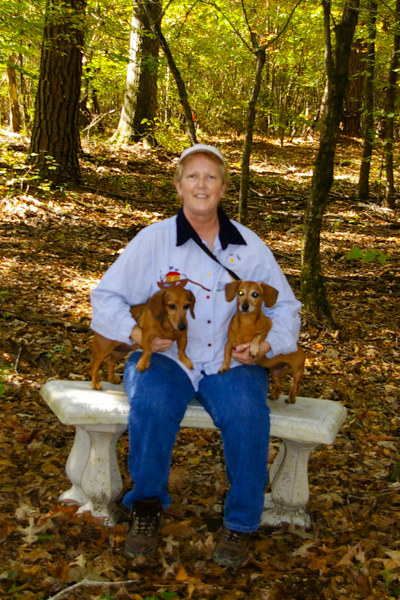 After leaving the Magnolia/Tylertown area we visited Wiltz and Kat Cutrer at their new log cabin outside Crystal Springs, Mississippi.

They've got a lovely wooded property with some old cabins in addition to their own place. We had a great walk around the property with the dogs.

Unfortunately I never was able to corral everyone at the same time for a group picture and now (2012) Kat is gone. She is missed by all.