These pictures of plants were taken on our trip to Argentina, the Falkland Islands, and Chile in December, 2008. I've been able to identify many of them, but not all. I'm still looking 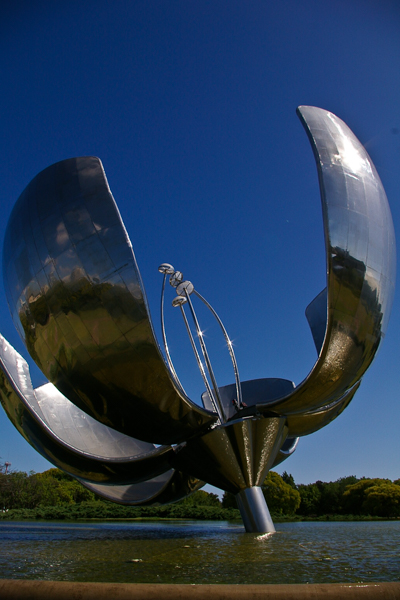 OK, OK, Floralis Generica, is not an organic flower, but I think it's swell.

This fountain is in Buenos Aires. During the night it is illuminated. 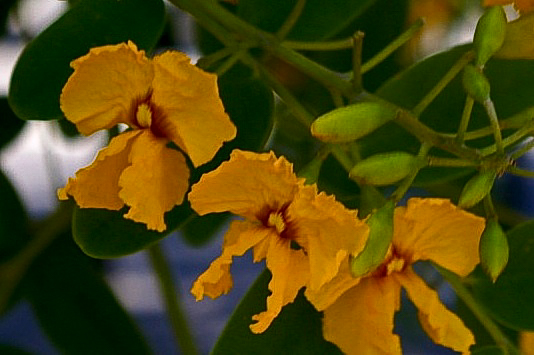 The flower of the tipu tree, a South American native. There were a number of them in the same park as the Floris Generica sculpture above.

The classic Buenos Aires street tree is the jacaranda, but I couldn't get any good pictures of them. 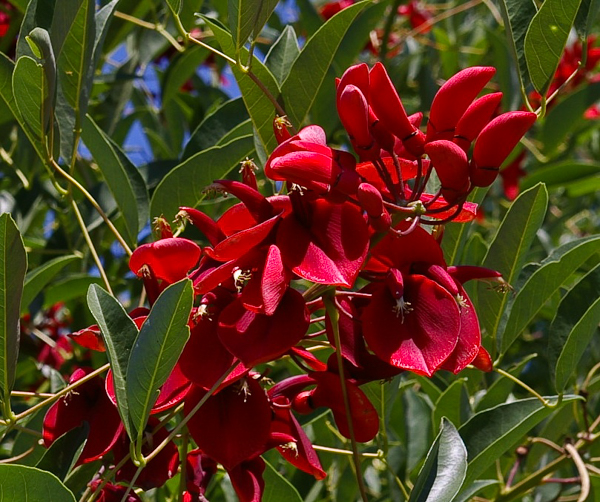 The ceibo is the state flower of Argentina. It also is found on a tree and is a member of the pea family.

The red flowers are seductive - but the resulting fruits are poisonous. 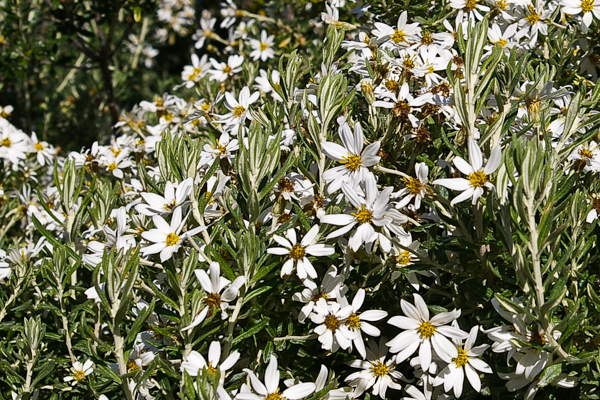 The fachine flowering shrub pictured at Laguna Negro was one of many of interest in Tierra del Fuego, but it was the only one of which I got a decent picture. 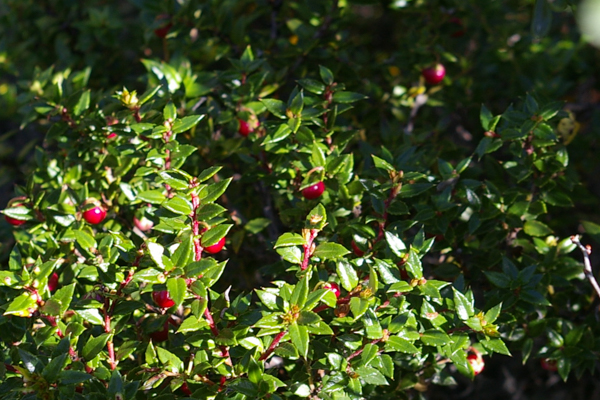 This small shrub, which may be Pernettya mucronata, was past the flowering stage.

The identification is tentative. 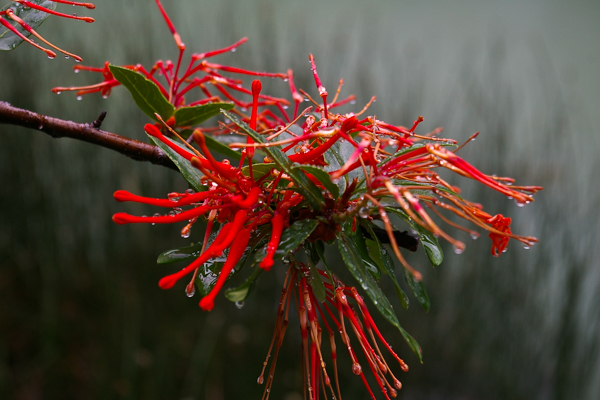 This outrageous shrub, Embothrium coccineum, was in the Argentine rain forest as we crossed toward Chile. It's common name is Chilean fire bush. 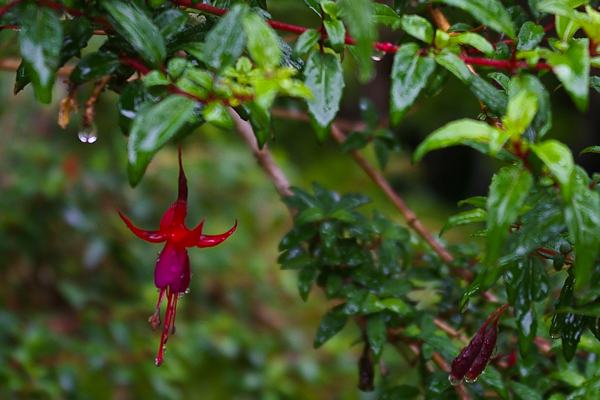 At the same lake side as the above I saw this fuchsia magellanica.

It always startles me to see "house plants" in the wild. 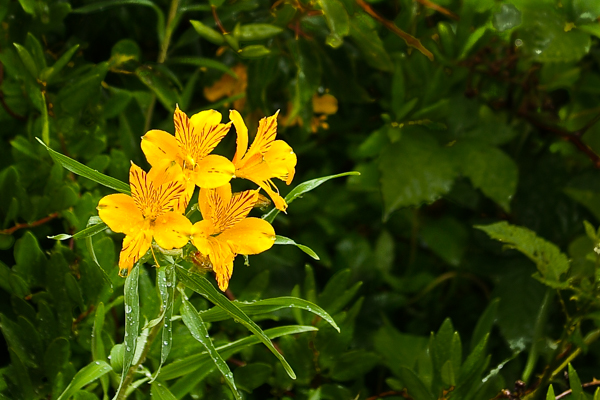 This Alstroemeria aurea grew along the roadside near Puella, Chile. 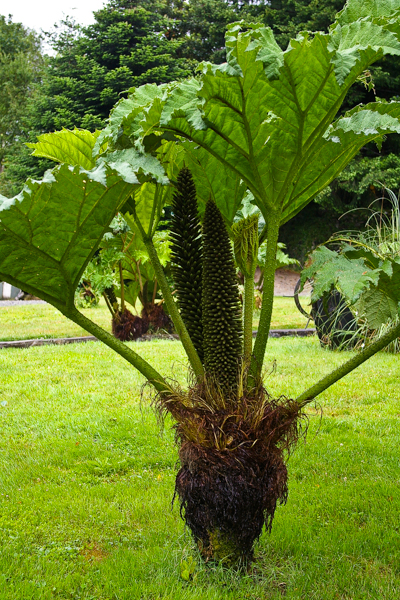 This monster Gunnera was on the way to the waterfall at Puella.

Gunnera was a favorite species of Dr. Michael Doyle, the subject matter expert with our trip through the deep south. He pointed out various members of this family in many different sizes. I can't tell you which one this is, but it looks like an escapee from Jurassic Park. 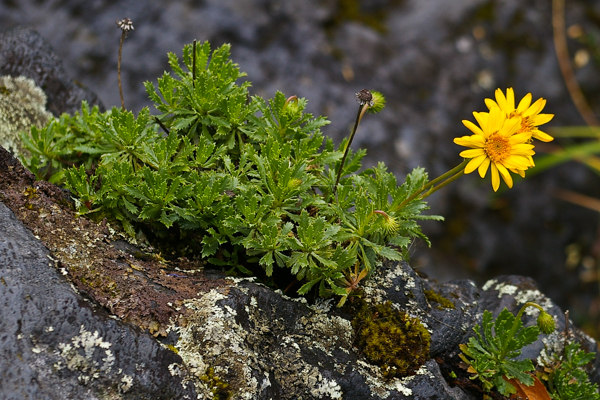 This tiny plant grew on the rocks beside the Petrohue waterfall.

I haven't even got a tentative identification for it. For all I know it would be a weed if it were in my yard, but I thought it was charming clinging to the crevices in the rocks. 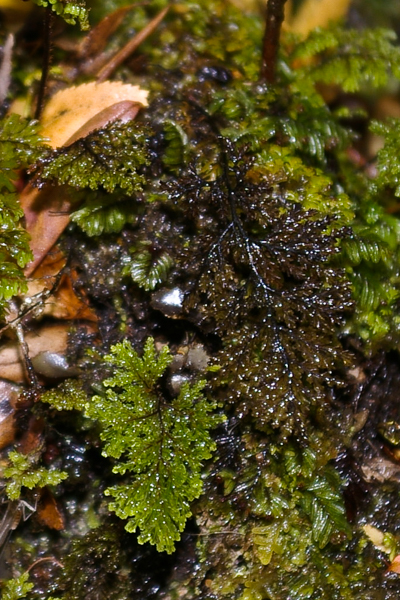 This tiny filmy fern also grew in the Petrohue area. The leaves are extremely delicate - only one cell thick. 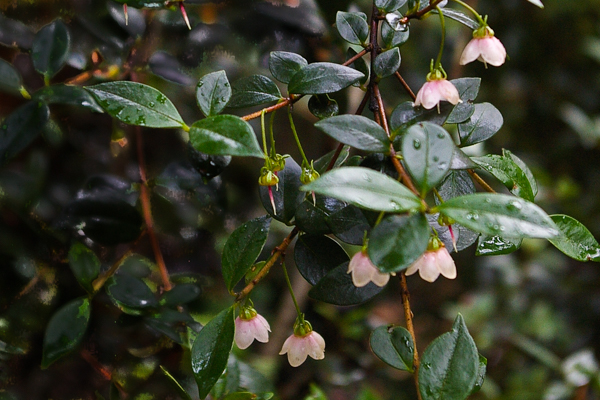 Yet another plant in the Petrohue area.

The waterfall was spectacular, but the plants made me late getting back to the bus.

I have been unable to identify this shrub. 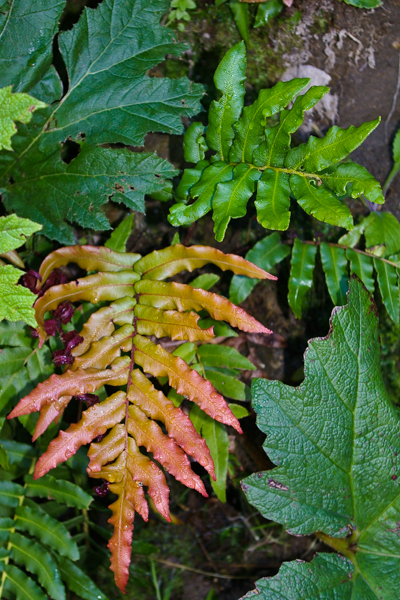 We saw numerous examples of this colorful fern from the bus as we drove from the lake crossing down to Puerto Varas.

I have no idea what it is, but I found this example on the grounds of our Puerto Varas hotel. The youngest fronds are bright maroon, then a faded russet and finally green. 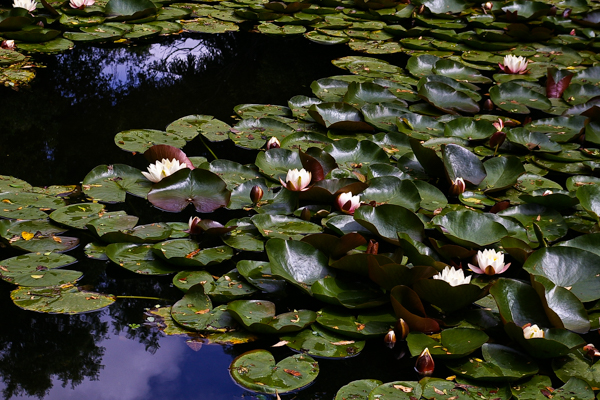 This lily pond was on the German museum grounds at Frutillar.

The plants aren't anything special and I doubt that they are native to Chile, but I'm a sucker for lily ponds.