After lunch we boarded a catamaran for a tour of the Beagle Channel. 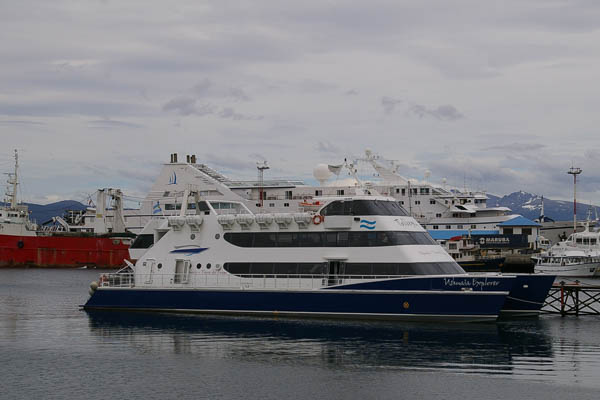 Our boat tour was operated by Tolkeyen Patagonia Turismo on the Ushuaia Explorer. This company is still in business and getting good reviews. They did a good job.

Discovery is still at the dock and may be seen behind the cat. It would probably be leaving that evening for another excursion to Antarctica. It was the last Antarctic season for that ship, but we saw her a couple of years later in South Africa. She was broken up in 2015.

Her sister ship, first known as the Sea Venture and later as the Pacific Princess, was the ship used in the TV series The Love Boat. Discovery was known as the Island Venture when first commissioned. 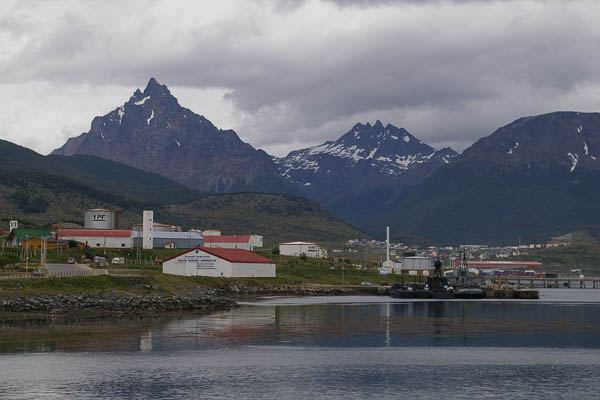 As we left on the catamaran, we got a good view of the Ushuaia harbor with residential areas tucked between the mountains and the water. 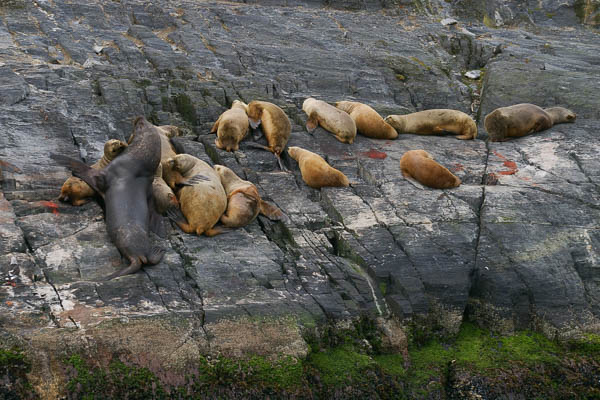 The larger, darker male has collected an impressive harem of females, although one is giving him what-for, perhaps for being inappropriately amorous. According to the link above, the females will be delivering their pups soon and will then be ready to mate. 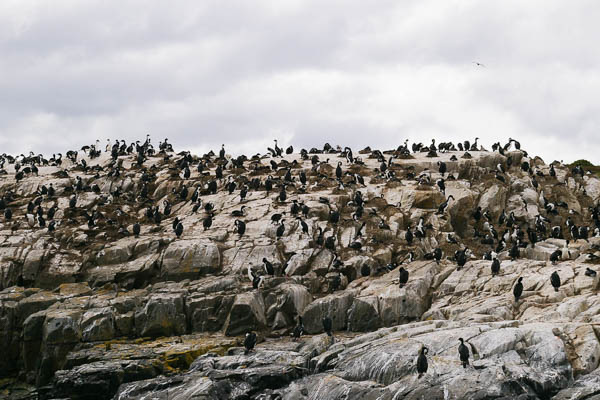 Islands were also littered with shags or cormorants. These are imperial shags. 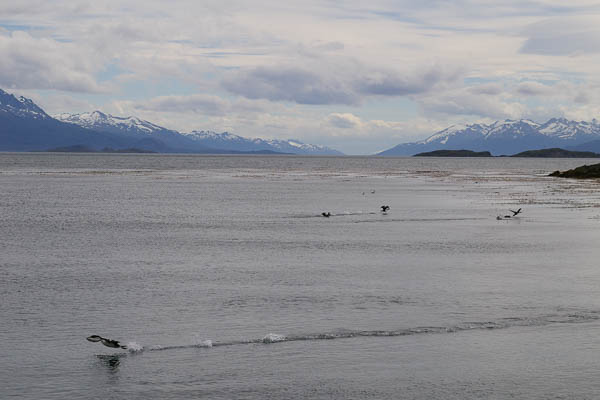 The shags take off by running along the surface of the water. It can take a while for them to get airbourn. 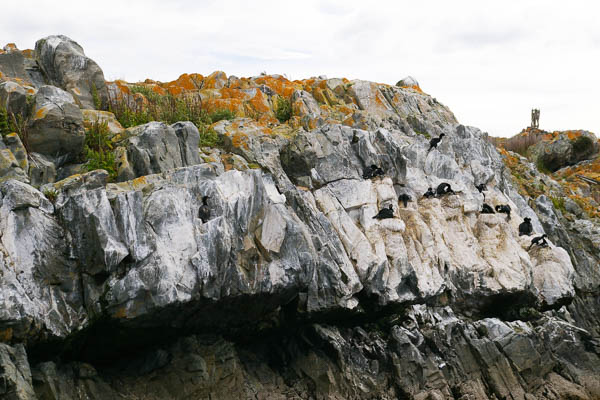 The imperial shag's cousins, rock shags, nest on rock ledges rather than on the surface. 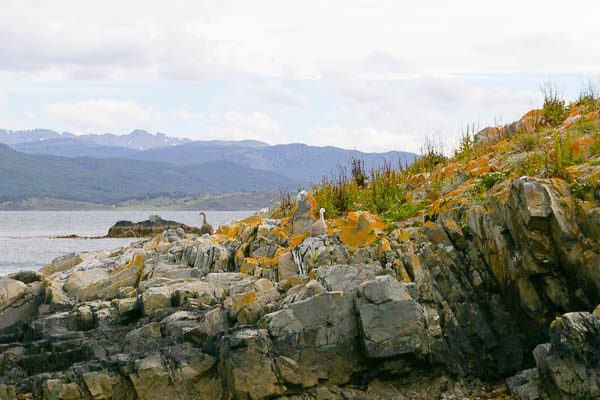 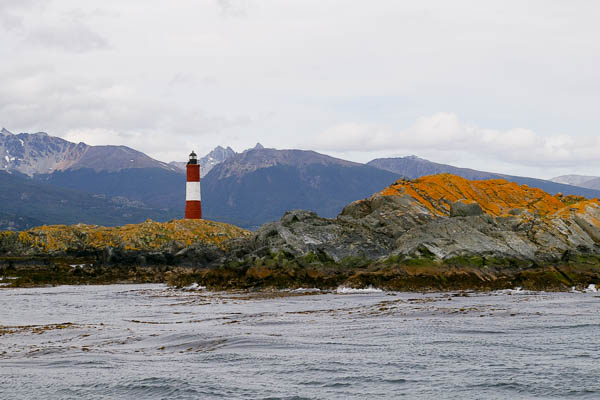 Our guides called this lighthouse "the most photographed in the world." I doubt that assertion, but it is striking. 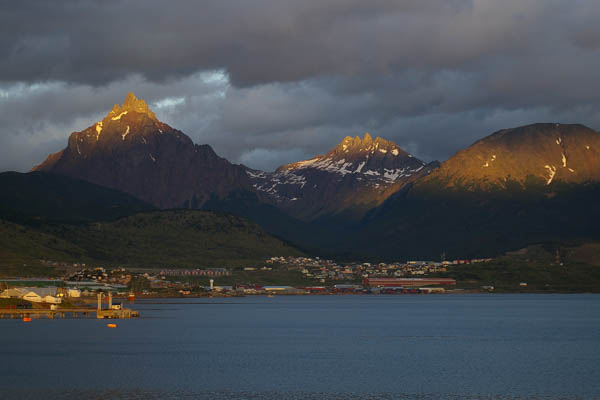 We returned to harbor as the sun was setting.

Someday I hope to return to spend some time, but time is running out. 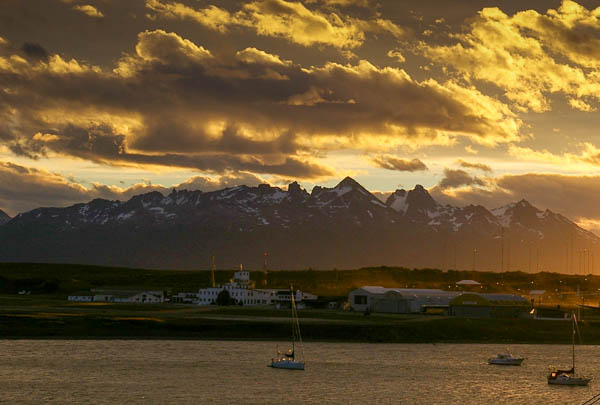 Looking into the sunset over the airport where we will soon be departing for our next stop: Bariloche.