Ever since I was in elementary school studying geography I've been fascinated with Tierra del Fuego. The pre-trip reading had several books that I devoured. We didn't spend nearly enough time there (part of a day) and I would like to return.

But first we had to get back across the dreaded Drake passage.

One of the planned features of the program was a dinner in the high-class restaurant on Discovery. I don't know whether our leader wasn't able to get reservations earlier in the trip or whether he just put it off until the last minute, but our "night on the town" happened in the midst of rough seas.

I didn't enjoy it.

I'm not sure I even bothered to order food, although I did join the group for at least part of the evening. 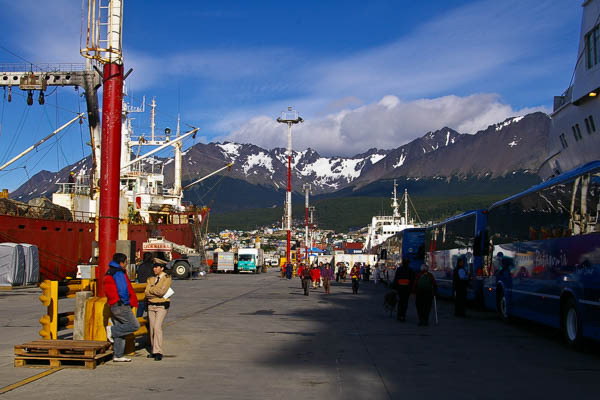 Ushuaia may bill itself as the end of the world, but the dock is a happening place during the season. There were several large buses to pick up tourists from Discovery, but our small group had its own transportation. We would spend the day touring the island before flying north in the evening. 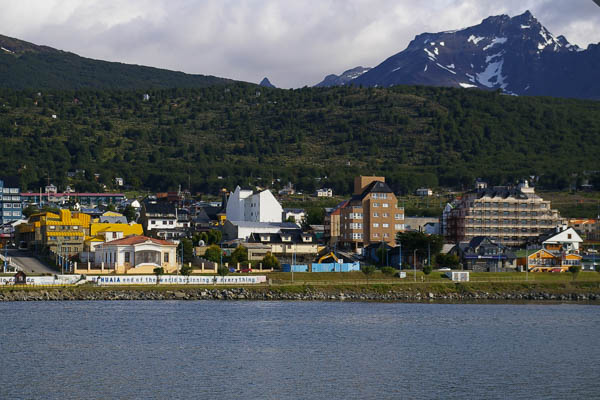 As the sign says: "Ushuaia: end of the world; beginning of everything."

The downtown is quite modern and prosperous. 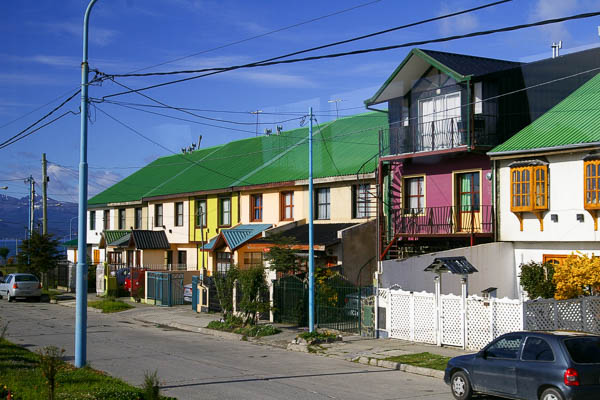 The residential areas that we passed were equally prosperous looking. 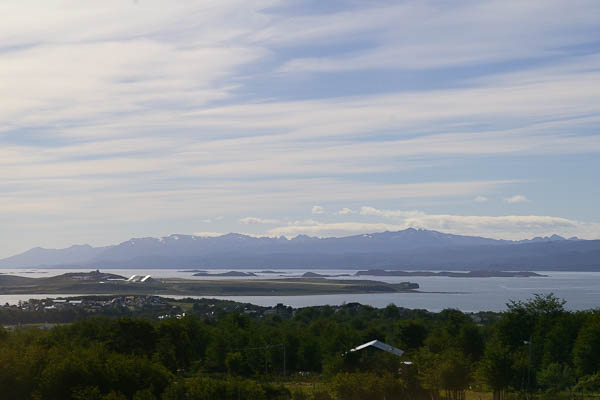 This overlook of the town shows the Beagle Channel and the airport. The mountains in the background are in Chile, much to Argentine disgust. Pope John Paul II had to intervene to prevent war between the two countries over the islands on the far side of the channel. In the event, the mediation was only successful because of Argentina's defeat in the Falklands. Chile was to be their next target. 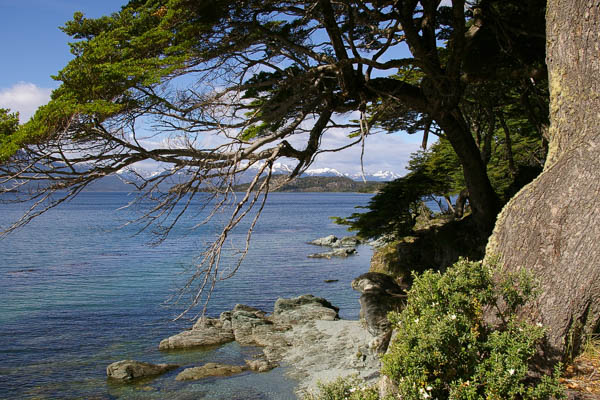 We spent most of our time on the island touring the various locations within the Tierra del Fuego National Park.

Our first stop was Ensenada Bay, overlooking the Beagle Channel and the mountains of Chile. 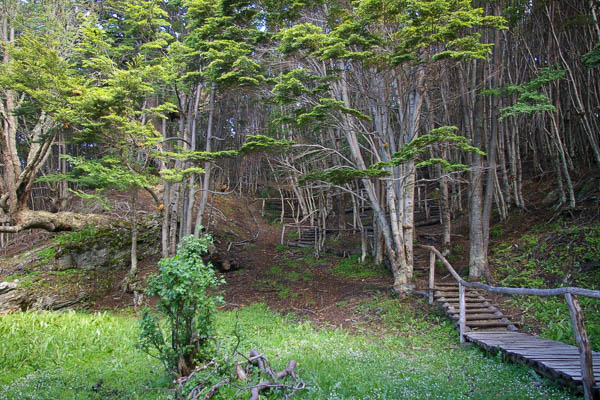 Numerous hiking trails surrounded the bay. I drooled over the opportunity to stretch my legs after a week at sea, but there wasn't enough time. 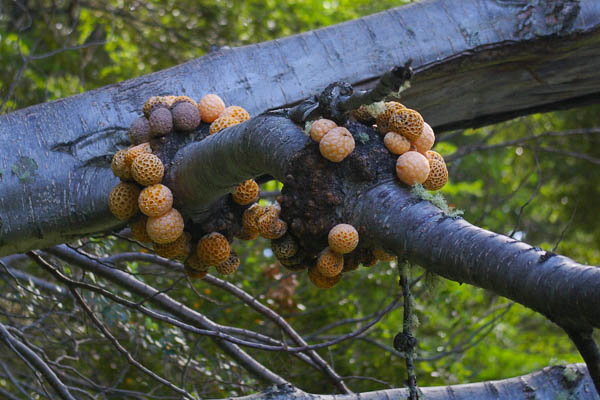 Llao llao is a fungus that affects southern beech trees. It is edible and has given its name to an elegant hotel that we will see (but not visit) later. 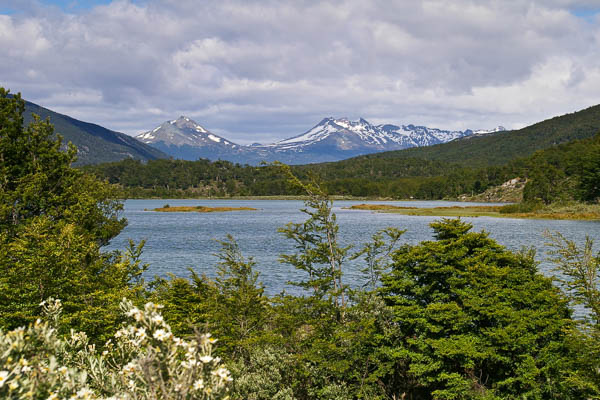 After our visit to Ensenada, we were back in the bus to Laguna Negra, another part of the national park.

As has been true elsewhere, the mountains in the background are in Chile. The island of Tierra del Fuego has been shared by Argentina and Chile since 1881. 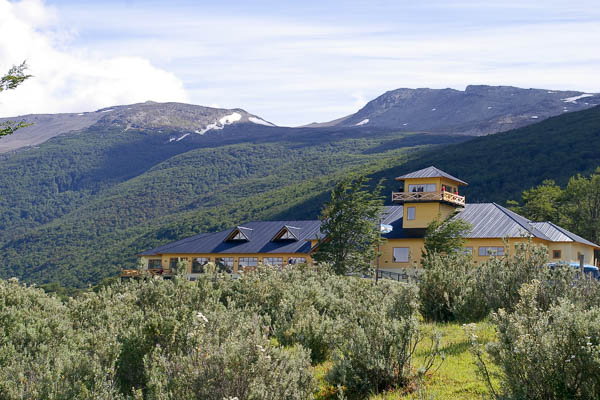 The Visitors' Center had a setting to die for. The area has numerous trekking and camping trails. Ah, to be younger. 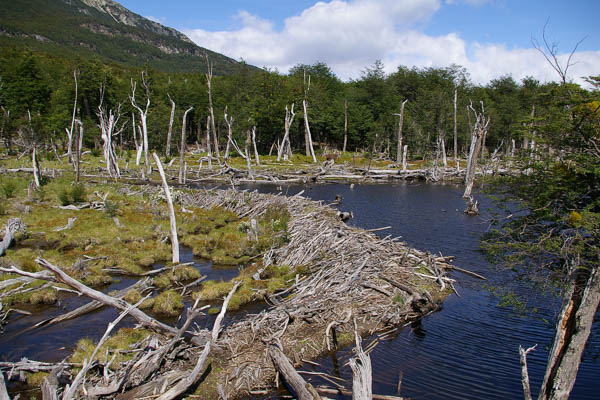 Introduced beavers have devastated Tierra del Fuego's native forests and have migrated to other islands. They have even been sighted on the mainland of Chile. The governments of Chile and Argentina are pursuing an eradication program that will be costly and difficult but necessary to protect the ecosystem. 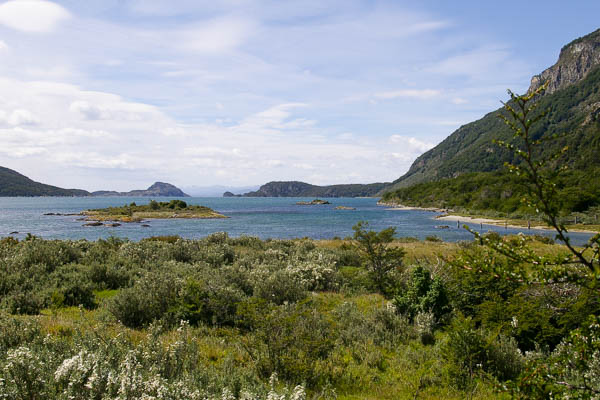 Our final stop in the national park was Lapataia Bay. It is supposed to be the southern-most point in the world reachable by road. 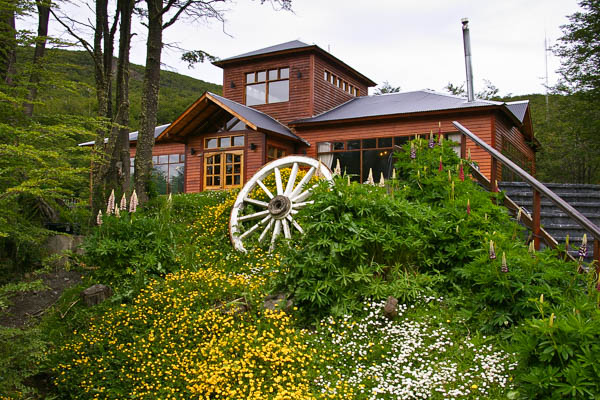 After our morning tour of the National Park, we ate lunch at a restaurant high on the bluffs overlooking the Beagle Channel. 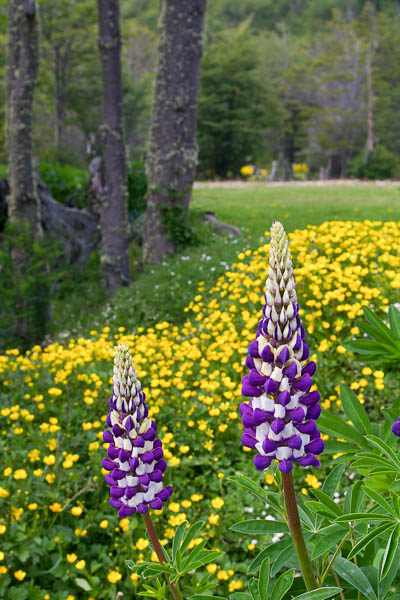 The restaurant had an extensive garden that included these striking lupine.

The morning was a wonderful appetizer of Tierra del Fuego, leaving me hungry for more.