We had visited Buenos Aires in 2000 as part of a ski trip, and we would visit it again briefly in preparation of a cruise across the South Atlantic. On this visit we retraced many of our earlier steps, but with an emphasis on botany befitting Dr. Michael Doyle, our subject matter expert who was a botanist. We spent three days in Buenos Aires. 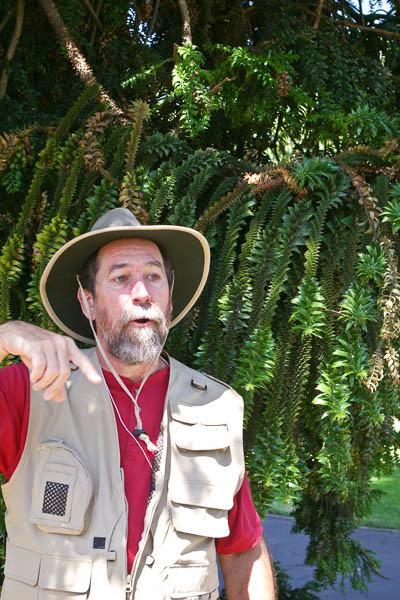 Michael waxes eloquent about the araucaria tree behind him. It is a survivor from the time of the dinosaurs - well, not this exact tree. It's definitely prehistoric looking. Large and heavy cones grow at its very top. If one falls on your car, it means a trip to the body shop. If it falls on your head....

The tree's nickname is "monkey puzzle." 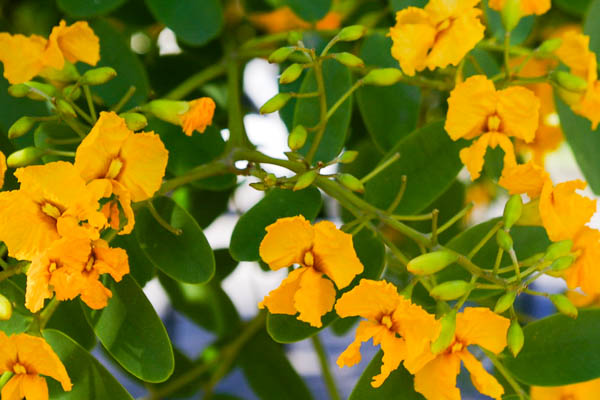 The tipuana is a common street tree in Buenos Aires. 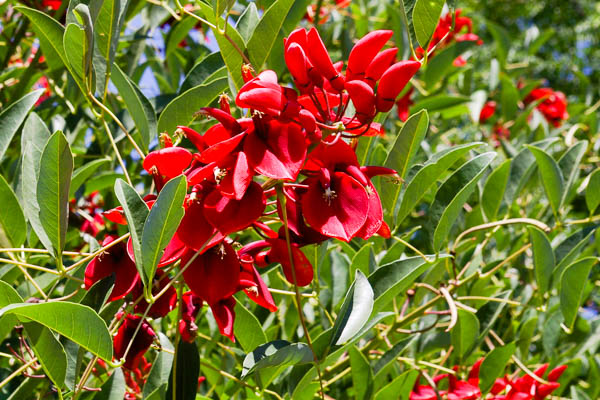 The ceibo is Argentina's national tree. As the flowers indicate, it is a member of the legume family. 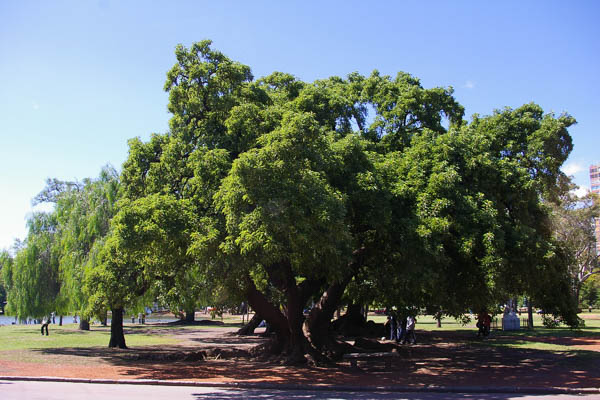 The ombú derives from herbaceous ancestors. Its trunk is not wooden and can be cut with a knife. 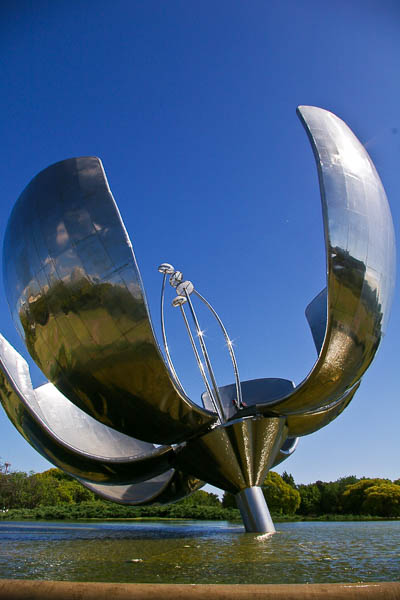 You won't find Floralis Genérica in any botany textbooks, but it forms a lovely centerpiece of one of the many Buenos Aires parks.

At this park columns of ants fascinated us by wearing distinct pathways in the grass as they marched between their homes and street trees that provided their food. Each ant carried a leaf section many times her size.

They must have made that trip many, many times to carve the paths in the grass. 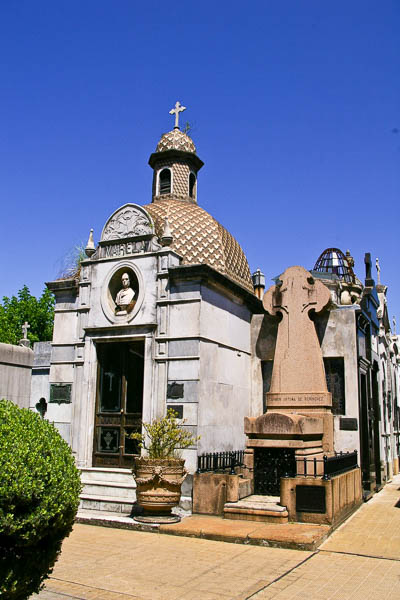 We didn't confine ourselves only to botanical subjects. Every tourist seems to visit La Recoleta while in Buenos Aires. As a fan of cemeteries, I don't object. Evita's tomb may be ho-hum (this isn't it), but the cemetery is spectacular. 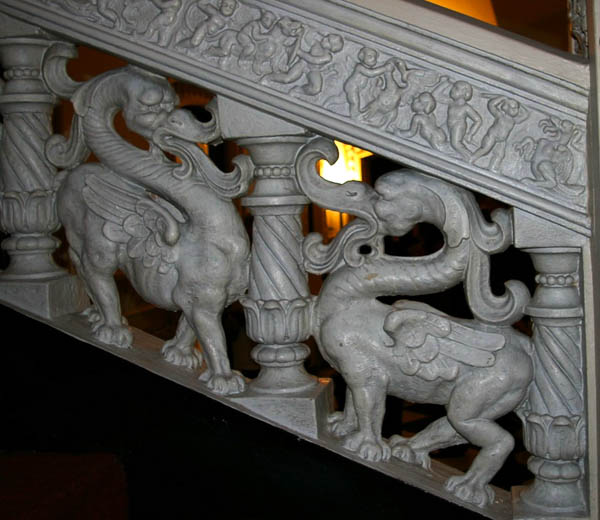 Keeping with the Evita theme, we visited the Eva Peron Museum housed in an elegant mansion. The builders of the mansion were fascinated with dragons because that motif permeated the decorative touches of the structure from this marble bannister to ironwork.

I don't recall anything else about the museum. 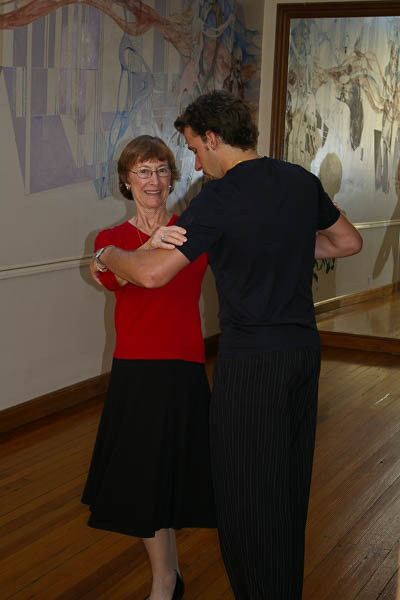 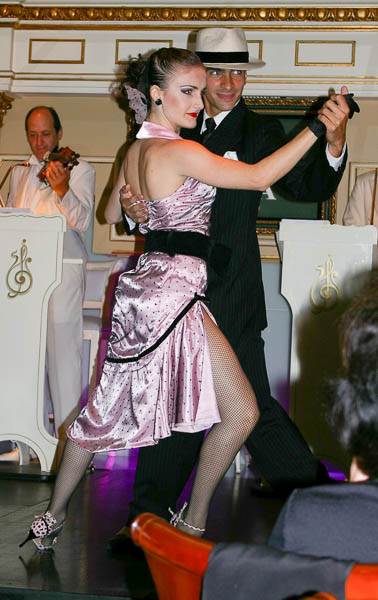 After our lessons we visited a pleasant touristy venue to see how the pros do it. The show was fun and the food decent. 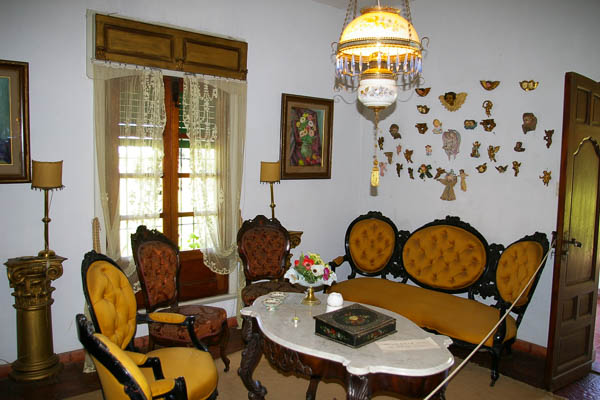 The next day we boarded a bus into the countryside to visit Estancia Santa Susana, a working ranch founded in the 19th century by ... an Irishman ... named Francisco Kelly.

The house is maintained in the Victorian style of the day. 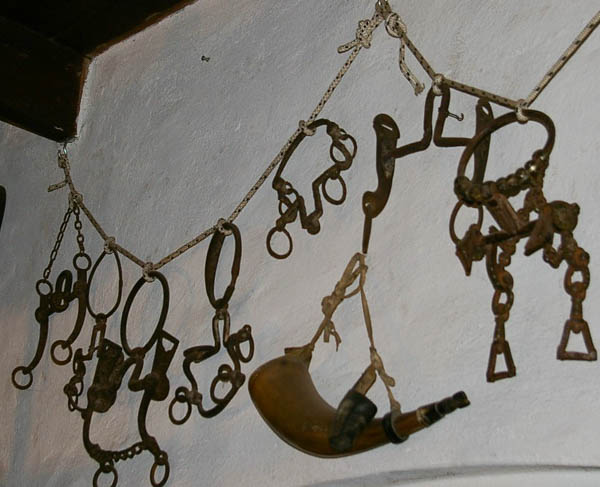 I found this display of bits appalling. I've heard claims that "in the right hands" bits such as these aren't inhumane, but I don't believe it. If the rider had such fine hands, and if the horses were so beautifully trained, these monstrosities wouldn't be needed.

Not sure how the boda bag got there. 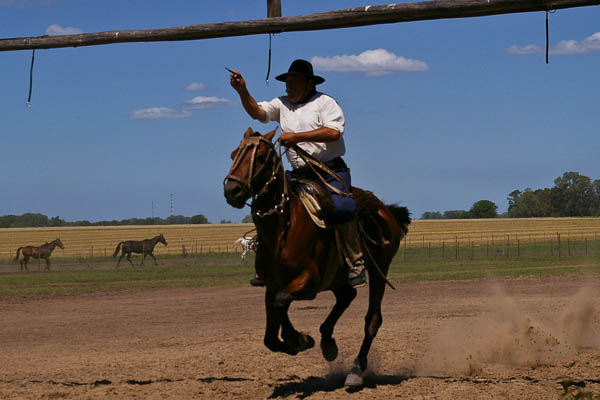 I don't know what other "work" is done on this ranch, but they put on a great show and bar-b-q for us touristas.

In the riding demonstration gauchos galloped past tiny rings hung from this pole and speared them with small needles. It was somewhat like the Maryland jousting tournaments.

Wagon rides and herding demonstrations rounded out the day. 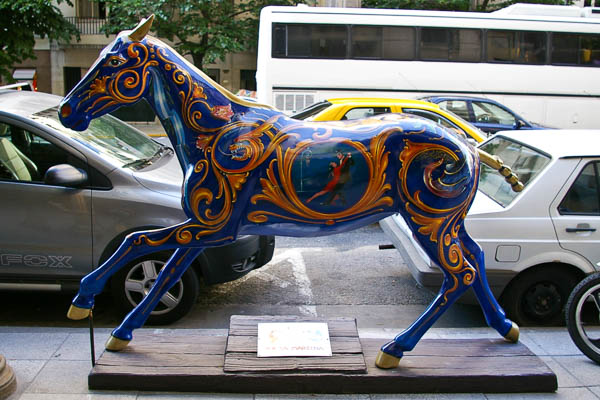 After returning from the estancia, Jim and I walked around town. Buenos Aires hosted a championship polo tournament while we were there. We couldn't get tickets (drat!), but there were a number of decorated fiberglass ponies around town in celebration of the events. 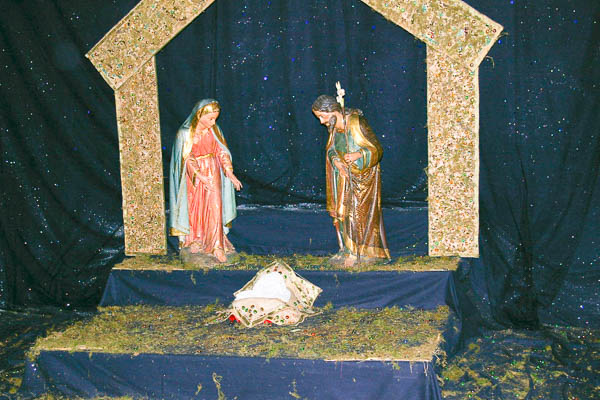 The Metropolitan Cathedral contains, among other things, the tomb of General José San Martín, the liberator of Argentina, Chile & Peru. The magnificent mausoleum can be seen at the link. I liked this small crèche.

Although we were visiting in the austral summer, it was still Christmas time and we saw many similar displays. 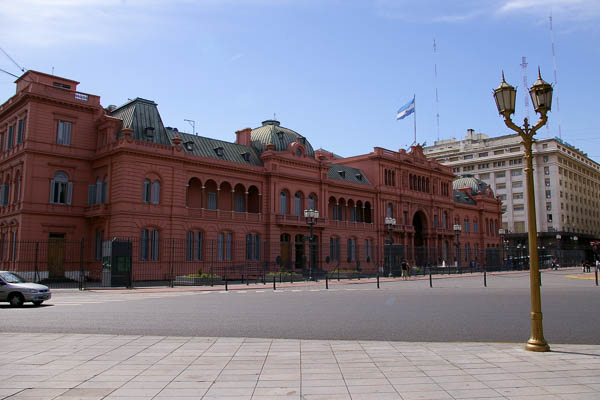 Unlike our White House the president doesn't live in the Casa Rosada, he or she works here. The plaza in front of this building was mostly closed off when we visited Buenos Aires two years later. The climate had become much more authoritarian. 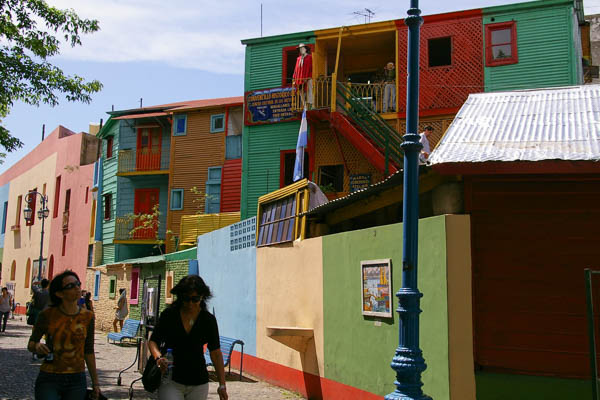 Harbor workers built and lived in these house in the La Boca district. They used scrap metal from the shipyards and leftover paints creating a kaleidoscopic effect. This section of the district is now an artists' colony and tourist trap.

Before we left Buenos Aires, Michael's cracks about "hostile elders" as a play on Elderhostel, indicated that cracks were appearing in our small family of adventurers. He became less and less jovial as time went on.