As our guide and lecturer, Christopher Lewis, Dean of Christ Church College Cathedral in Oxford, said: New York is an excellent place to study Judaism as it exists in the Diaspora. 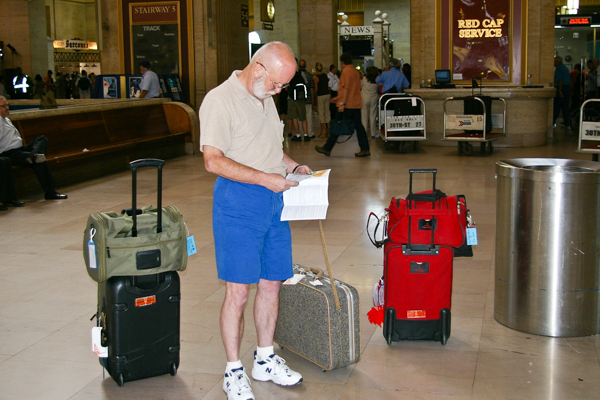 But first we had to get to New York! Our travels took us to Pennsylvania to drop off our dog with Jim's sister and then via train to NYC. Jim is investigating the schedule. We had an extra bag with us on this trip to accommodate the formal duds that would be required for dinners on the QM2.

We took the Acela to try out the super-duper high-speed connection. Our verdict? Not worth the extra expense. 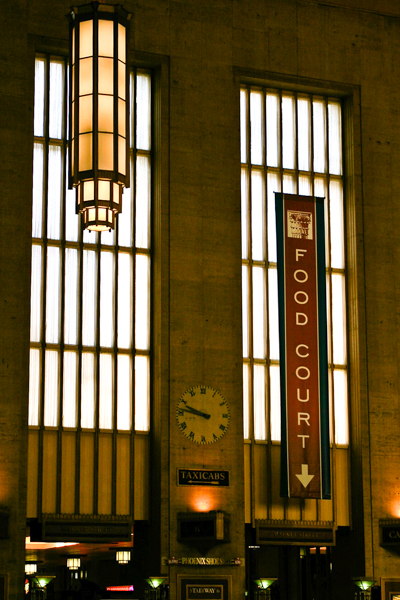 At least Philadelphia hasn't gutted the magnificent 30th Street Station. The wonderful train station echo is still the same. There have been many updates, of course. There was no "Food Court" in the heyday of train travel although there was always a lunch counter.

As is often the case, our travel was multi-modal. By the time the trip was over we had used: personal car, commuter train, high-speed train, cab, tour bus, ocean liner, jet liner and rental car.

Once at our hotel in NYC we met our fellow travelers and program guides.

We were dismayed to find out the next morning that one couple had to drop out at the last minute due to a medical emergency. Elderhostel/Road Scholar is diligent in caring for emergencies so we know that they had the best support possible. 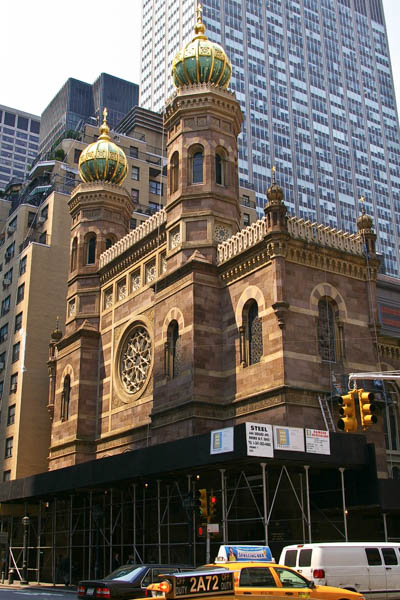 The Ahawath Chesed congregation built the Central Synagogue in 1872. At that time it was in an undeveloped commercial area. The area is no longer undeveloped! The links tell about the history of both the congregation and the building, which has had many updates. The most recent renovation returned the interior to its original elaborate decoration. 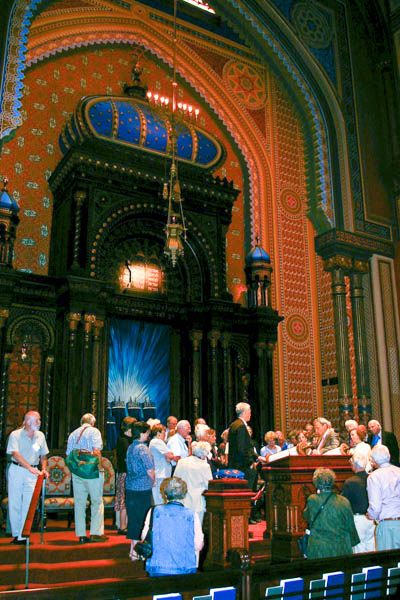 Much of the synagogue was burned in 1998, but the Ark, shown here, and the Torah scrolls it contained were saved. 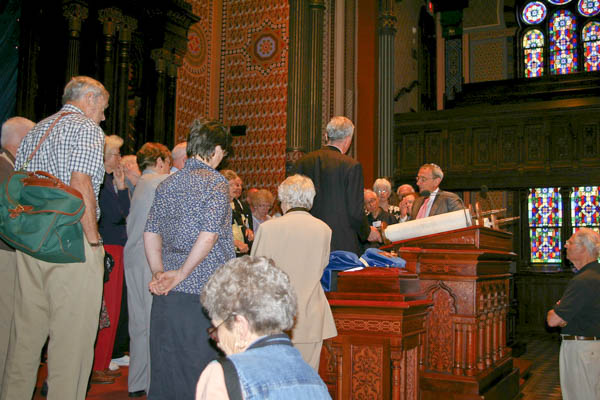 Rabbi Peter Rubinstein (now retired) explains the significance of the Torah scrolls and how they are created. Rabbi Rubinstein has been ranked as one of the most influential Rabbis in the US. He covered questions about the various branches of Judaism, e.g., Reform, Orthodox, Conservative, and addressed other questions. What he said helped us put our subsequent visit to Israel into context.

Every synagogue has at least one hand-written Torah scroll that contains the first five books of the Bible: Genesis, Exodus, Levitcus, Numbers and Deuteronomy. Central has nine, including one dedicated to Holocaust victims. Each scroll is created with painstaking care and precision by a single scribe.

Click your "back" button to return to the main page.