In March, 2006, Jan Marx & Dave Lehner led a PVS contingent to Winter Park, CO. For some reason I didn't take any pictures on the slopes. The only pictures I have are of the final après ski party. Without pictures to jog my memory, it's hard to remember details. I do recall that the trip was great fun, as always; with pleasant companions, as always. Jim and I had been to Winter Park many years ago on our own and were happy to have an opportunity to return even though he was no longer skiing. We were also happy to be staying in a comfortable hotel, which we had NOT done on our first visit! And I didn't get food poisoning this time! 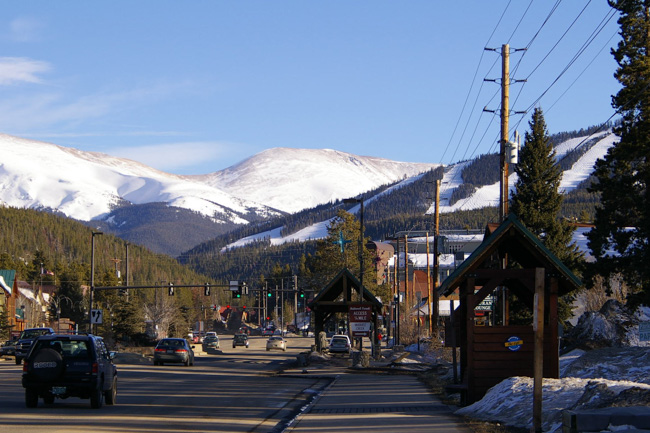 The main street of the town of Winter Park looking toward the ski area.

The resort base, which is where we stayed, is a couple of miles from downtown, but as I recall there is a shuttle bus for excursions into town. 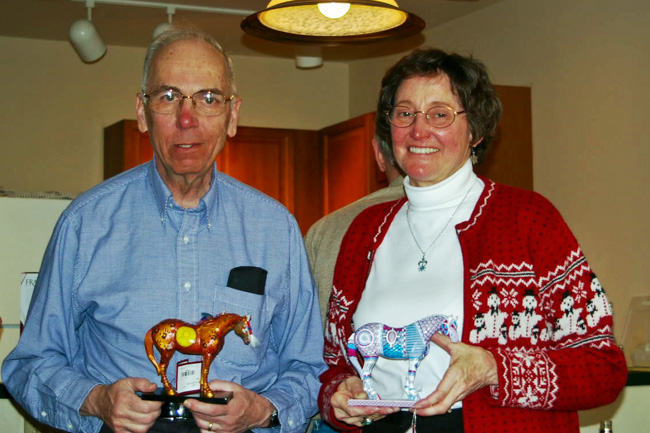 Our co-leaders, Dave Lerner & Jan Marx. We gave them each a Painted Pony.

Dave & Jan's husband Bob had also led an earlier  (2003) trip to Crested Butte, which we enjoyed very much. 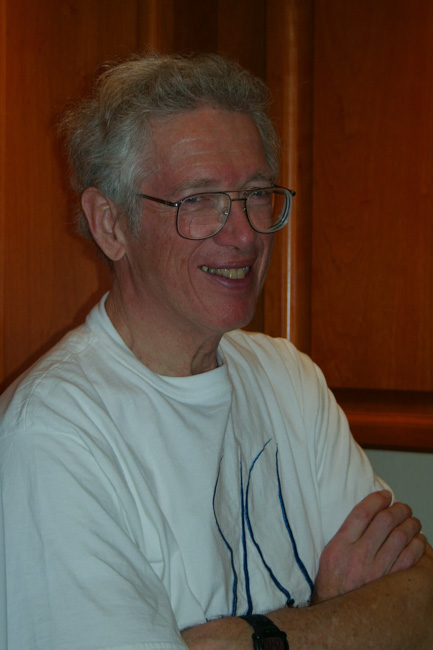 Bob Marx. We still miss him! 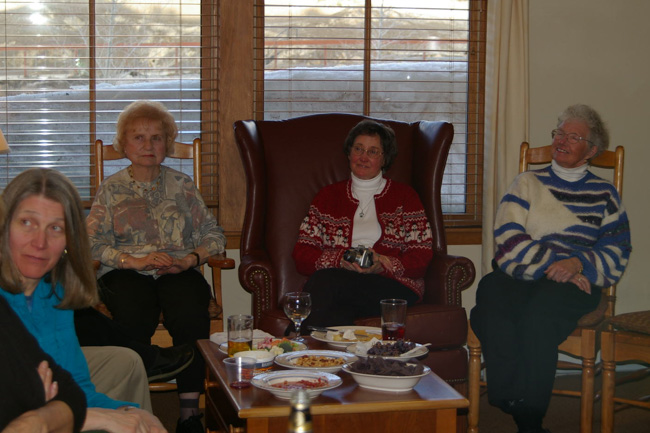 Enjoying the après ski goodies. I don't recall the name of the woman on the left, but others are Rachel, Jan & Kendra.

Bob Knopes. On at least one of our trips about half the male participants were named Bob! 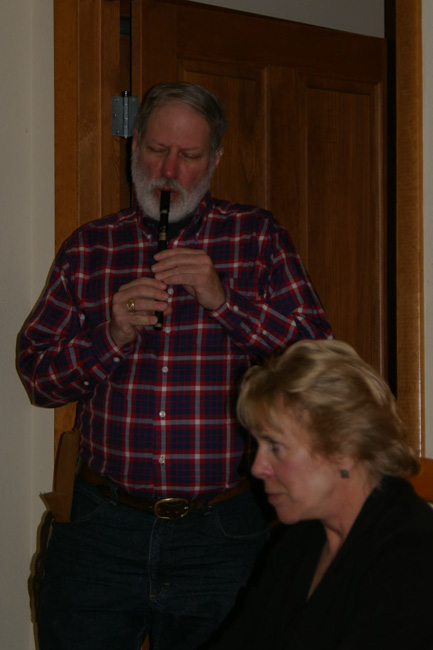 David had a good friend Jim who traveled with us on numerous trips. He was quite the character. One of his travel hobbies was being an "escort" on cruise lines. He could get pretty steep discounts by committing to dine, dance and otherwise entertain single women -- mostly widows. All on the up-and-up, of course.

Liz has since returned to her native Australia.

John, Dave and David. Jim is in the background.

I don't remember what kind of music Jim played on his penny whistle, but it seemed to engage everyone's attention.

I fell on the last run down on the last day on the easy slope and twisted my knee. Everyone told me to see the medic, but noooo. I probably should have because it has bugged me ever since, but not enough to interfere with riding or skiing, so who cares.