Snowmass is a PVS tradition and we have traveled there many times with the club. All of these pictures were given me by others. I've tried to identify the source where I can. 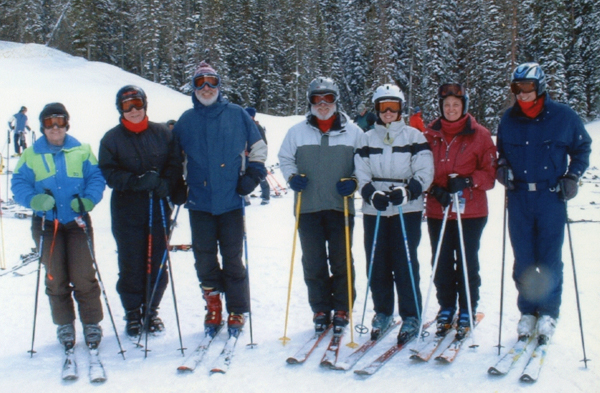 Ready to hit the slopes: Shirley Rettig, a couple whose names I don't know, Jim, me, Jan & Bob Marx.

I don't know who took this picture. 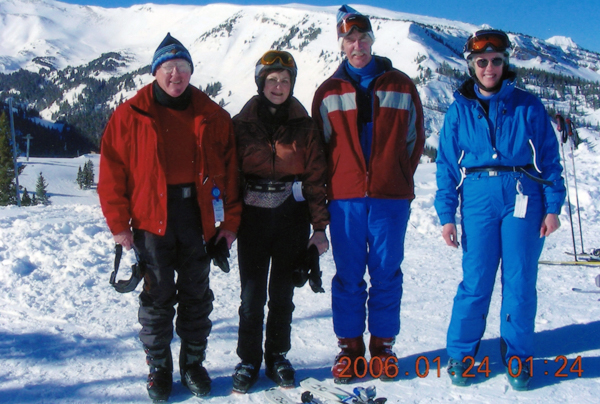 I think this may be an excursion to Aspen Highlands. L-R: Fred Leonhardt, Rosemary Schwartzbard, Dave Bertagnoli, and myself.

Thanks to Barbara Leonhardt for the picture. 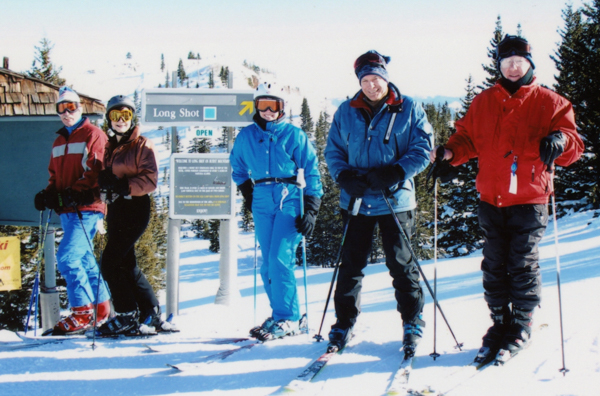 Another special excursion was a bit of a hike from the Elk Camp lift to the Long Shot trail.

L-R: Dave, Rosemary, myself, John Brunelli, and Fred. This picture is also from the Leonhardts. 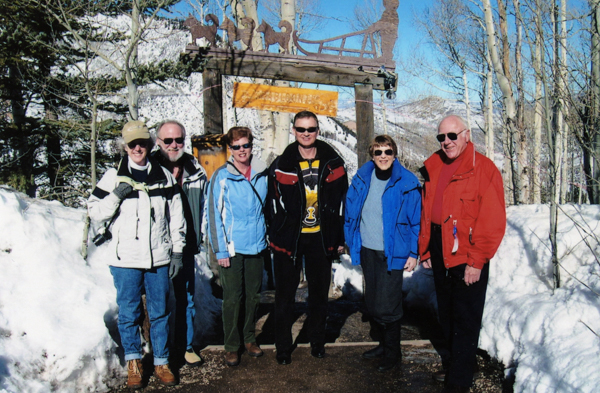 We wouldn't be PVS without the "&E" for eating. The Snowmass trips also had a tradition of a lunch at Krabloonik. 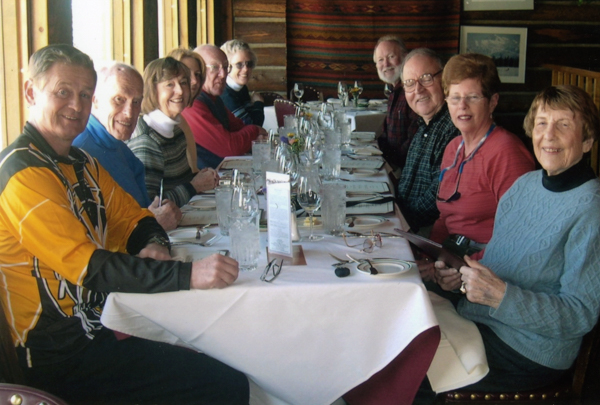 Settled in for a great meal at Krabloonik. 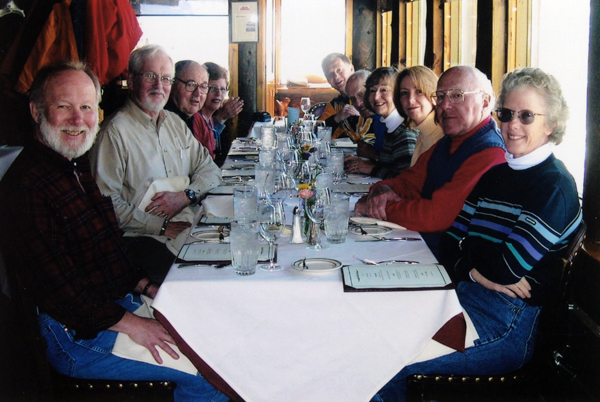 Same table from the other end. 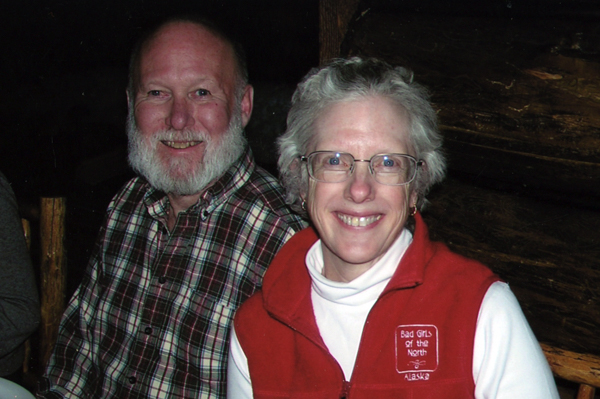 I don't know where this picture was taken, but it's Jim and me and is from Bob Marx.

My brother tells me I don't take enough pictures of people, which is true. We're lucky to have friends who do and are generous about sharing them.