Even in the three months between these two mission trips there had been some additional recovery on the Coast. The last time I was in the area, in 2011 on the way to a Rotary International convention in New Orleans, things were making their way back to normal – at least in the tourist areas. There were still gaps where houses and buildings had been located but not yet replaced. Some once-familiar sights, such as the Broadwater Beach, that had been in ruins in 2007 were completely missing in 2011. Others, such as the Ocean Springs bridge had been not only replaced, but upgraded.

As mentioned elsewhere, there was also a youth group from CPC working the same week as the adults. The youth stayed at a different church and worked in a different location. 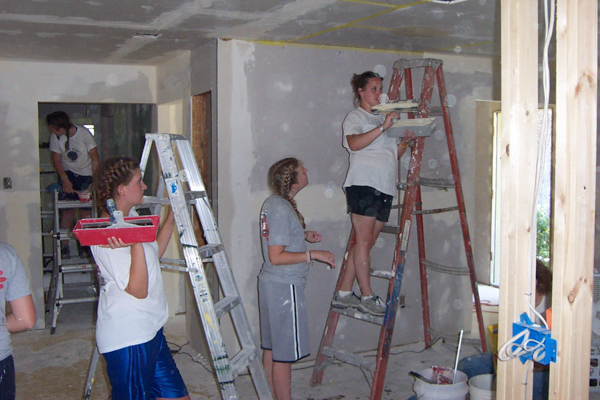 We visited their site one afternoon and also joined them for a devotional service one evening. 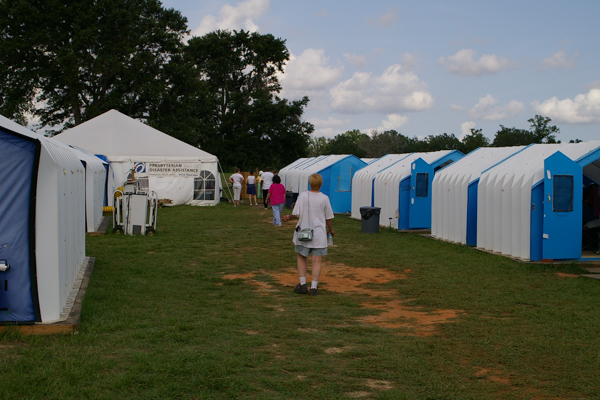 Mary and I had identified a goodly amount of excess materials and tools in our storage shed cleanup. We decided to take these over to the nearby Gautier Presbyterian Disaster Assistance camp, which was happy to take them. They had more storage space.

These individual "tents" each housed three or four individuals. There were also separate facilities for eating and bathing.

As a native of scorching Mississippi summers, I was very pleased to see that the "tents" all had air conditioning. They would have been uninhabitable otherwise. 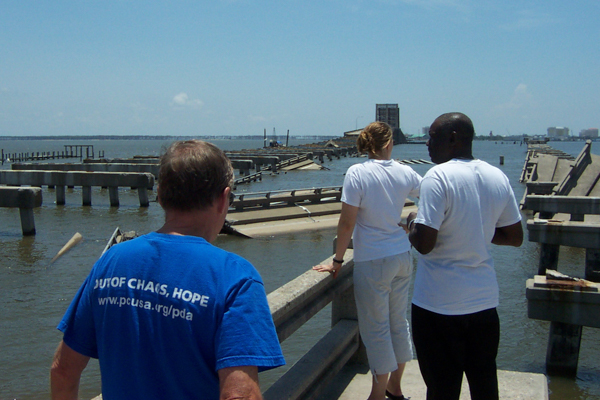 On our April trip we had visited the Biloxi end of the Biloxi – Ocean Springs bridge across the entrance to Back Bay. This is the view from the Ocean Spring side. The ruined bridge where we are standing is the "old" bridge, which had been damaged by Camille in 1969. The wreckage on the left is from the "new" bridge that replaced it.

The old bridge had been one of our favorite crabbing spots in the 1980s. As of 2011, it has been replaced by a wooden pier. Plus the new bridge has been demolished and replaced.

I love the PDA promise: "Out of Chaos, Hope." I remind folks that it doesn't promise "Order," but "Hope," which is better! 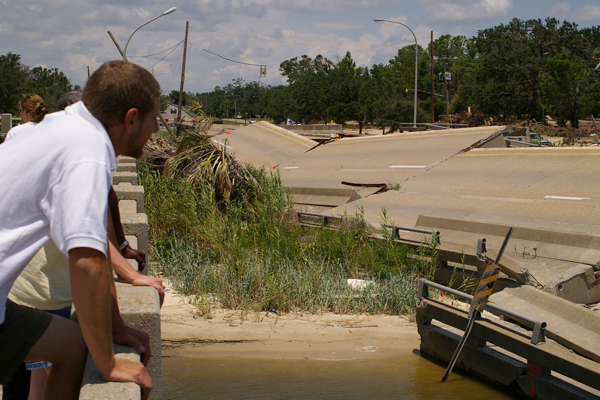 It is sobering to contemplate the power of the storm and the havoc it wreaked on the bridge approach. 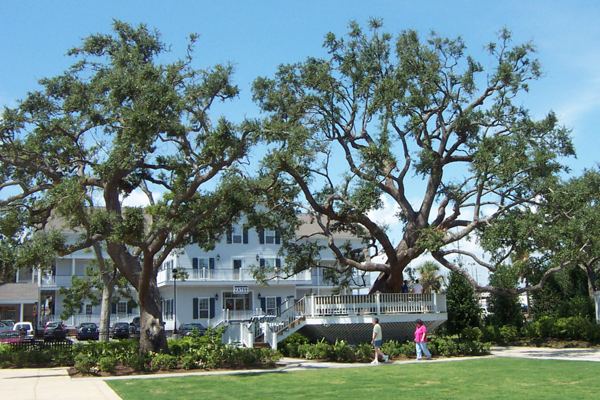 The visitors' center at the time was located in a park near the Katrina Memorial, which was discussed in greater detail in the April travelogue.

Although many of the old live oaks were killed or swept away by the storm, these were protected by a beachfront casino. 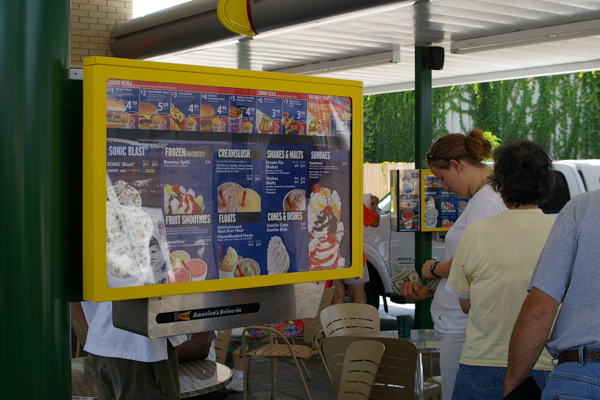 Of course we wanted to revisit Long Beach to see what progress had been made on Darlene's house. She was not at home, but the trailer was gone, which was a good sign!

We stopped at a nearby Sonic Drive-In in Long Beach for lunch. It had only recently reopened.

It was great to see the Coast making a recovery. Brian and Marcie Swanson are pictured with Hazel Hartman. Hazel was the one in charge of making sure we had a delicious and nutritious supper everyday after work.

The "support staff" are the unsung heroes (or heroines) of these mission trips!