Although I had relocated to Lexington, VA, and joined a church there, I still kept up with happenings at CPC. I was delighted to accompany old friends on this mission trip.

Several CPC workers drove down to Mississippi in the CPC van pulling a trailer of tools and other equipment. Since they were travelling down I-81 anyway, it was a simple matter to meet at Lexington.

On the first day we went as far as the Augusta, GA, area where we spent a night in a church there.

The next day we had an "easy" drive to Mississippi after a brief detour by the Augusta National Golf Club as requested by one our of number: a sincere golf enthusiast. As it happened, it was the week of the Masters Tournament!

Three others flew into New Orleans and rented a car. 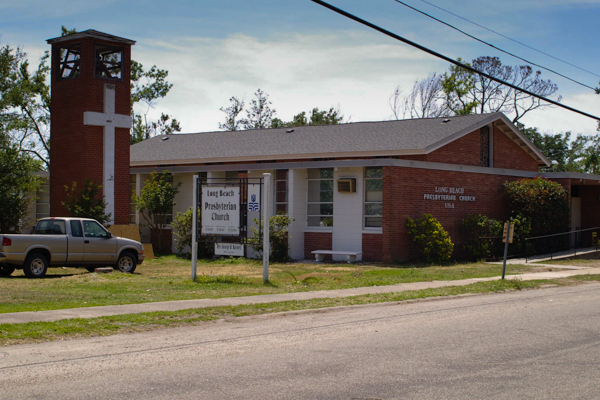 Our home away from home was Long Beach Presbyterian, a small church not far from the shore. It had escaped damage, and the congregation elected to turn the church into housing for relief workers. Bunk beds and air mattresses filled classrooms, a large tent on the lawn provided a "dining room," and showers were located in the parking lot.

The pastor of the church lost his own family home in the storm. The remains were bulldozed the week we were there. 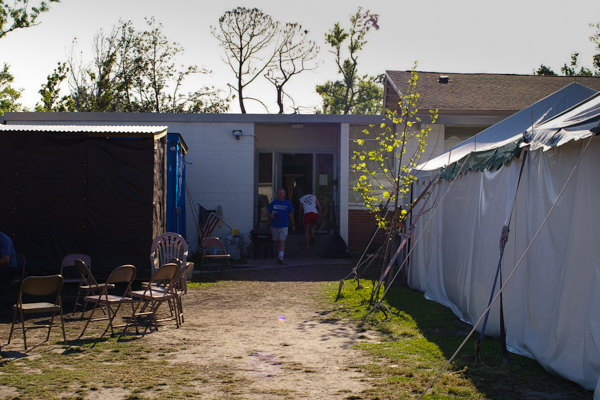 The entry for the workers was into the fellowship hall. The structures on the left contained the showers.

When the showers were installed, one side had the hot water in the traditional orientation (on the left) whereas the other side had the controls reversed.

I could never remember which was which, so I was very careful when turning on the water.

The folding chairs were part of a devotional area and the tent on the right was the "dining room" (where we had delicious meals!). 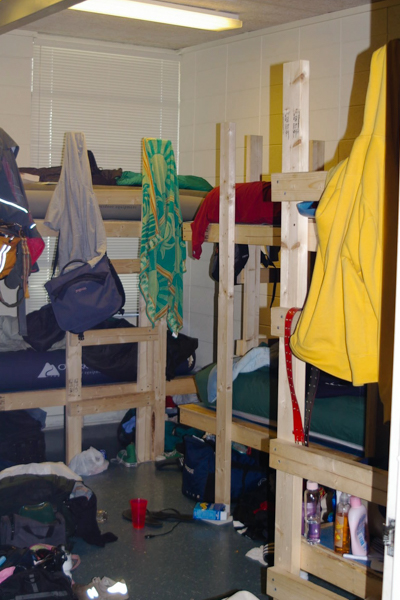 This was a typical arrangement that we saw in many places traveling for Katrina rebuilding.

Our men had a similar room, but our ladies slept in a large room "furnished" with air mattresses on the floor.

On this trip I was still using a sleeping bag. Later I decided that it was better to take sheets and a light blanket in addition to the sleeping bag, which could be used as a comforter if the air conditioning was too exuberant, which it sometimes is in the Deep South. 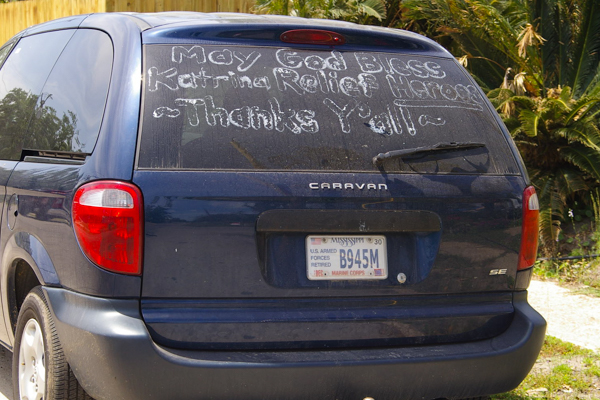 One thing I remember was the presence in the church parking lot of cars and vans from all over: Wisconsin, California, Georgia, Michigan, etc. The entire country rallied to the aid of the Gulf Coast.

I also remember this van, which was parked across the street. Everyone was so delighted to see us and so welcoming. 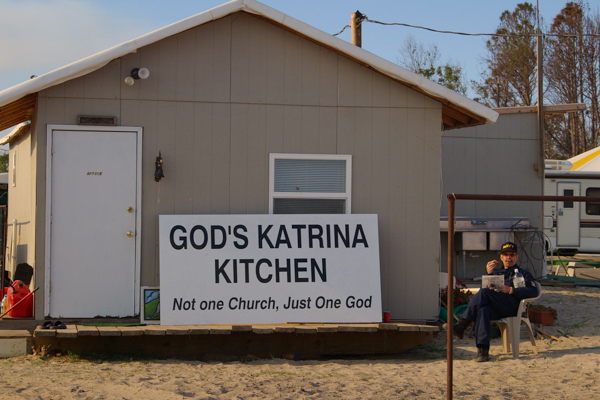 Most of us worked to restore a house in the neighborhood, but one of our group was a young girl who was below the minimum age, according to Mississippi law, to be on a work site.

She and her mom contributed at God's Katrina Kitchen, which served up to 2500 people daily at the height of reconstruction. It remained in operation until mid-2007.

One of the features of God's Katrina Kitchen was the cross where individuals made prayer requests. These were included in each day's worship period.

Return to the previous page to see the house where the rest of us worked.