Anyone who remembers the news about Katrina knows of the tremendous destruction in New Orleans. The devastation in Mississippi didn't get as much coverage, but it was significant – especially to someone who had spent many of her childhood vacations there.

Biloxi MS faces the Mississippi Sound. Behind Biloxi is Back Bay. The entrance to Back Bay is between the towns of Biloxi and Ocean Springs. This bridge used to connect the two towns, but it was completely destroyed by the hurricane.

This bridge replaced an even earlier one that had been devastated by Hurricane Camille in 1969. The remnants of the "old" Ocean Springs bridge was one of my family's favorite crabbing spots during the 1970s & 80s. It was completely swept away by Katrina. 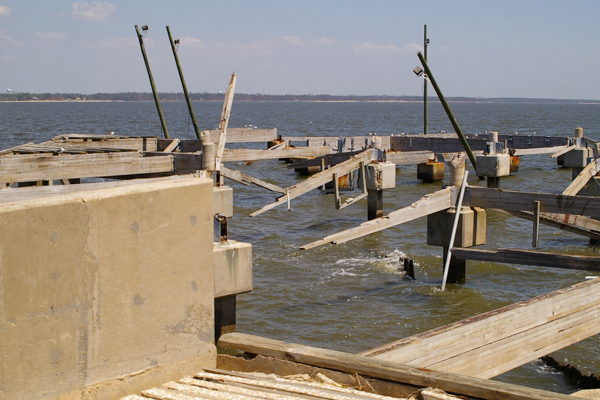 Near where I took the above image were the remains of the Point Cadet pier.

On 12 August 2005, just prior to Katrina's landfall, the Point Cadet Marina was designated a Mississippi Clean Marina. A quote from the announcement material: "The Point Cadet Marina joins [others] making the City of Biloxi home of three Mississippi Clean Marina designees – a unique attribute and testimony to the value the City places on waterfront access and protection." All three marinas were destroyed. 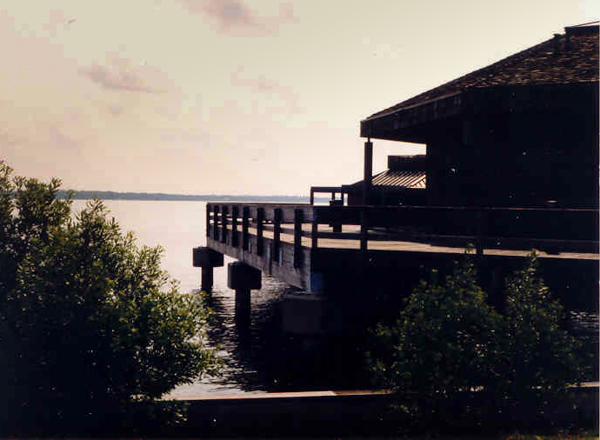 The Broadwater Beach Resort was where my family vacationed in the 1980s and 90s. Jim and I joined my parents on The Coast for several days of crabbing, eating and playing bridge. The Broadwater had fallen on evil days even before the hurricane, but Katrina completely destroyed it.

We always requested Cabin 305, which was behind the ruined building shown on the left. You can barely see its roof in the above picture.

This has all been demolished now. 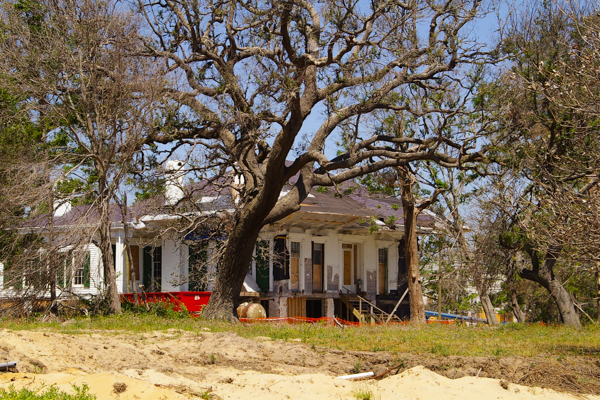 Jefferson Davis, the only president of the ill-conceived and ill-fated Confederate States of America, lived his final years on the Gulf Coast in this home named Beauvoir. It had survived many hurricanes unscathed, but Katrina almost demolished it. The home has been restored, but most of the historic outbuildings were lost and replicas have taken their place. 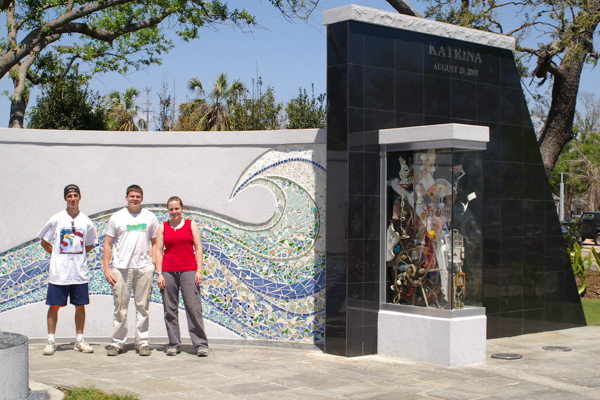 In the midst of the devastation we found this memorial in a Biloxi park. Ryan, DJ and Jenny are shown. The contents of the glass display case were salvaged from the wreckage.

Click on the link to learn the story behind the memorial. The black granite slab indicates the depth of the storm surge (without wave action!). 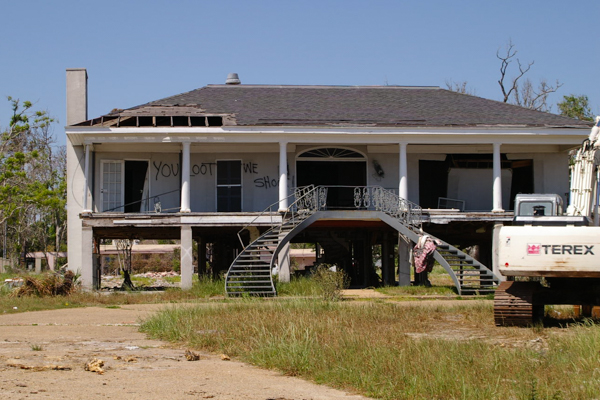 Even in the midst of destruction, there were tenacious residents who were determined to return.

"You loot, we shoot" is concise.

There were other notices that didn't have happy endings, e.g, "This Building is Unsafe," where there was no building. 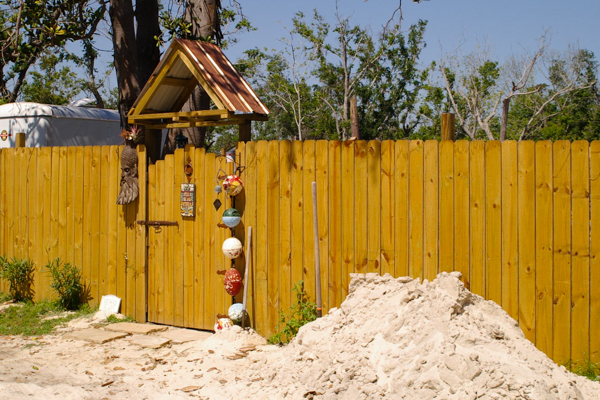 Others did their best to make a home where there was no more house. This compound was not far from Darlene's house. The family had enclosed the area around their FEMA trailer and decorated the stockade. 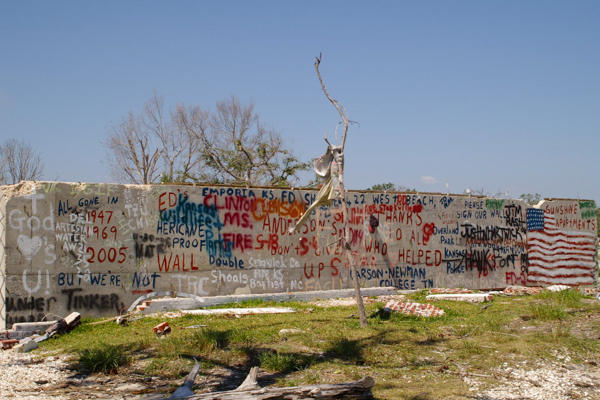 The unquenchable spirit of the residents is indicated by this "memory wall" between Gulfport and Long Beach. One of the inscriptions reads: "All gone in 1947, 1969, 2005; but we're NOT"!

The 1947 hurricane (before storms were named), devastated Florida, the Mississippi and Louisiana coasts and New Orleans. 1969 was the year of Camille, which did significant damage in Virginia as well. 2005 was, of course, Katrina. 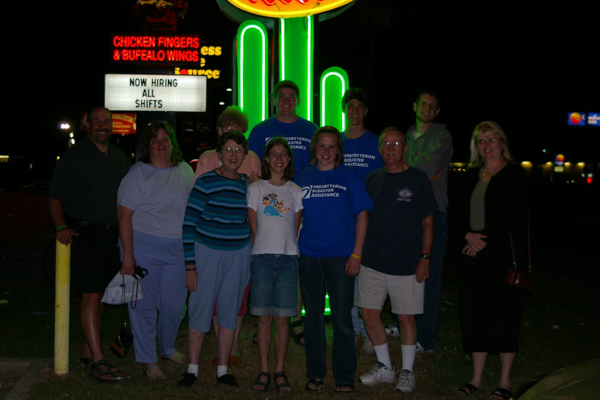 Our last night we had lunch at a re-opened restaurant in Gulfport.

We vowed that it wouldn't be our last service project in Mississippi – and it wasn't. I was able to join another CPC group three months later.