After leaving Fes we had a lovely day's drive through the mountains of Morocco (alas, no pictures).  We traveled through some resort communities that Ismail told us were the vacation spots for the people of Fes and Marrakesh. I don't remember any of the names. 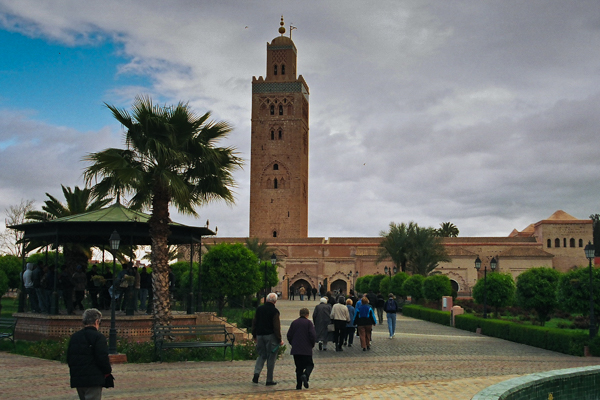 After arriving in Marrakesh, we had the obligatory city tour. Our first notable sight was the Koutoubia Mosque, built in the 12th century. The tower is a twin to one in Seville.

This building (note the similarity of the tower to the minaret above) houses the Saadian tombs. These tombs, the resting place of more than 100 members of the Saadian dynasty, were walled up from the early 18th century until they were accidentally discovered during a French aerial survey of the city in 1917. They have since been restored. 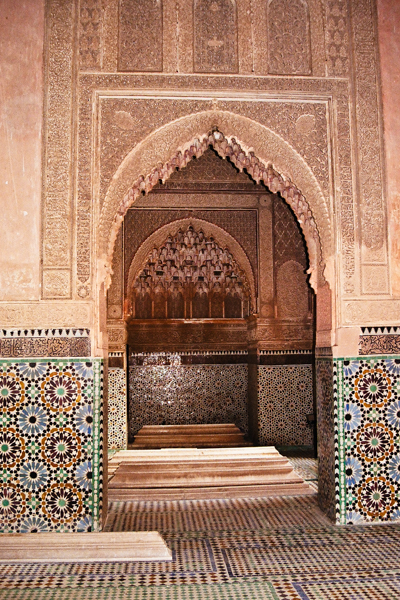 There is a lovely courtyard and the interior of the building is elaborately carved and decorated. The cenotaphs indicate the most prominent of the tombs, others are indicated by tiling on the floor. 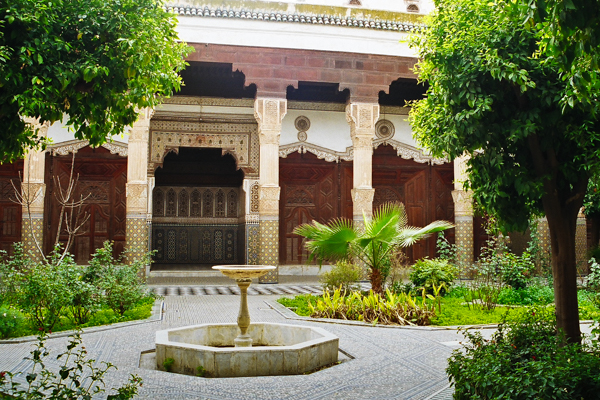 As in Fes, we had a walking tour of the medina. I had somewhat recovered my appreciation for the sumptuous interiors behind the plain or even dilapidated exteriors.

Every possible square inch of this "town house" or riad was elaborately carved, painted or inlaid with intricate marquetry.

As in most urban centers with large numbers of tourists, there are many carriages available to give tours. A unique feature of the carriages in Morocco is that they were uniformly pulled by stallions. There were no geldings to be seen. The only mare that I saw in the entire trip was being hauled with her foal in the back of a pickup truck! 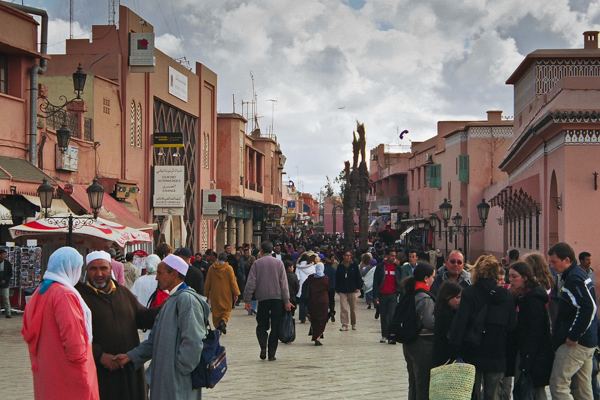 One afternoon the group had an optional excursion to an equine extravaganza. It may seem odd for a horsy person such as myself, but I am ambivalent about equine extravaganzas. Therefore we declined. Instead we spent the afternoon exploring the town and the souk (I still had a hope to find some exotic tack). This street scene is just outside the entrance to the souk.

This is what the souk looks like inside. It is smaller than the one in Fes but sufficiently crowded. I did find a couple of places that sold tack, but none that appealed to me. We got lemon-wood spoons for the kitchen. 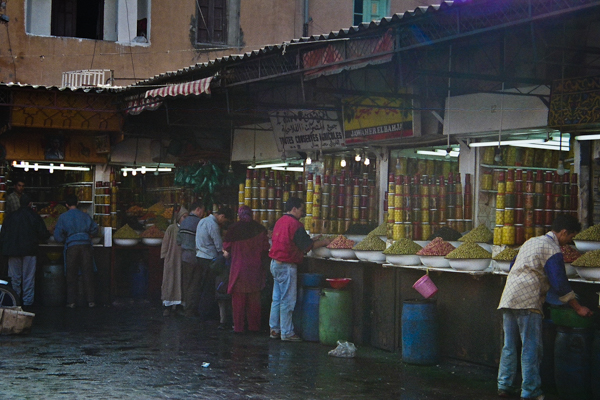 In addition to various goods, there were numerous stalls that sold olives of every description – both loose and preserved in jars. I had seen black olives and olives of many shades of green, but this was the first place I had seen pink olives.

After visiting the souk, we walked through the nearby main square, the Djemaa el-Fna. The day had been drizzly and breezy. These fortune-tellers and henna artists had set up shop protected by umbrellas. 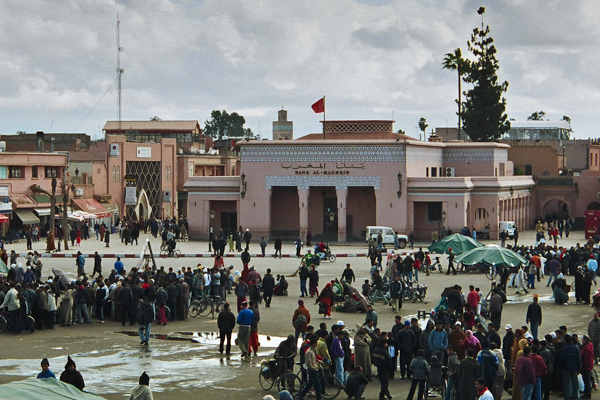 We hunkered down for the afternoon in a cafe overlooking the square. The following pictures show the ebb and flow of visitors and commerce, but alas, cannot convey the sound. By the evening, the square had been transformed into a massive street eatery with many stalls and delicious aromas. As usual we were too cowardly to partake.

At this early stage groups gather around snake charmers and other street performers. 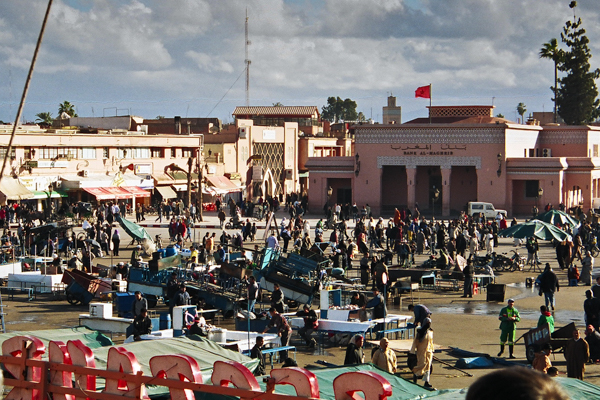 Vendors then began to arrive and set up their booths.

Booths are assembled and the crowds had really begun to gather.

Most of the people were locals rather than tourists – another advantage to traveling in the winter.

By this time we had drunk quite a bit of hot chocolate. Finding beer in Morocco generally entails visiting a hotel catering to European clients. 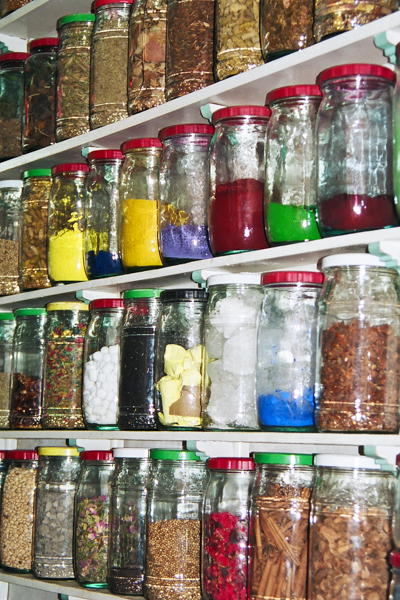 On another day Ismail took us to a traditional shop selling cosmetics and herbal remedies. We were encouraged to hang around and spend, spend, spend. As noted above, I'm not a shopper, but I did think the wares were colorful.

And then there was the carpet shop....