Prague is a city of music as well as other types of culture. Famous composers who were either from the city or associated with it include Dvořák, Smetana, Mozart, Mahler & Janáček. 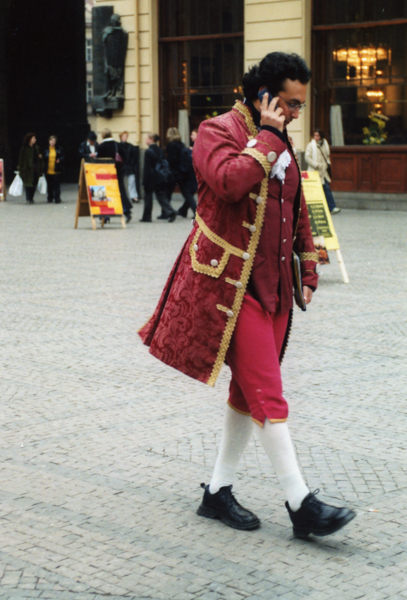 Throughout the old city there were hucksters selling tickets to various musical productions. We've joked ever since that instead of creepy characters lurking in doorways with such lines as "want some candy, little girl?" the lines were, "want to hear some Smetana?"

Jim was amused by this chap in 18th century finery taking a call on his cell phone.

A group of us opted for a Vivaldi performance instead of one of the local heroes. 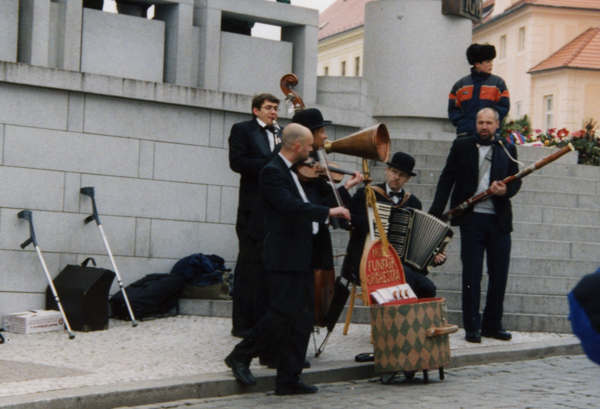 Buskers were everywhere. It's not often you see a street performer playing a bassoon. 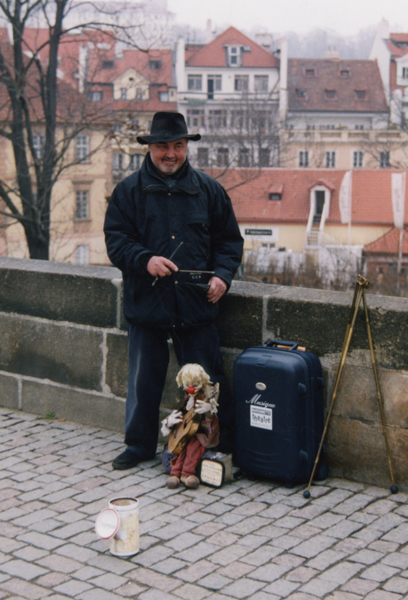 This chap was demonstrating his marionette. I hope I gave these guys a contribution for taking their pictures. 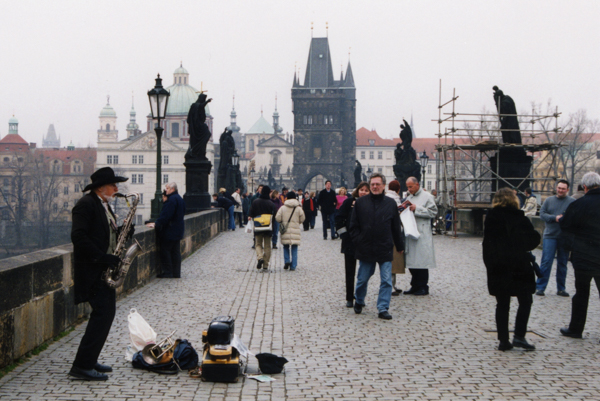 The Charles Bridge is a must-visit spot for tourists – even in the winter. 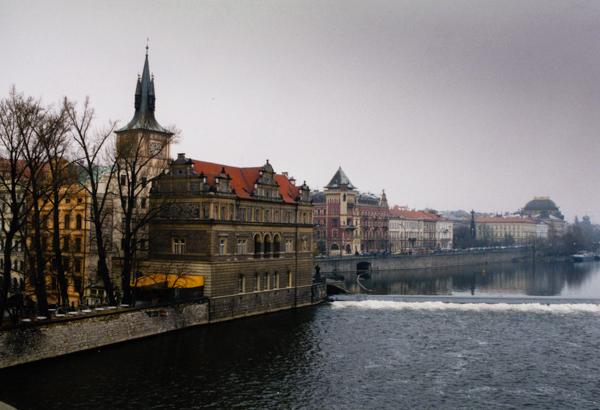 The Vltava River, also known by its German name, Moldau, runs through the city. The river inspired one of the movements of Smetana's Ma Vlast. 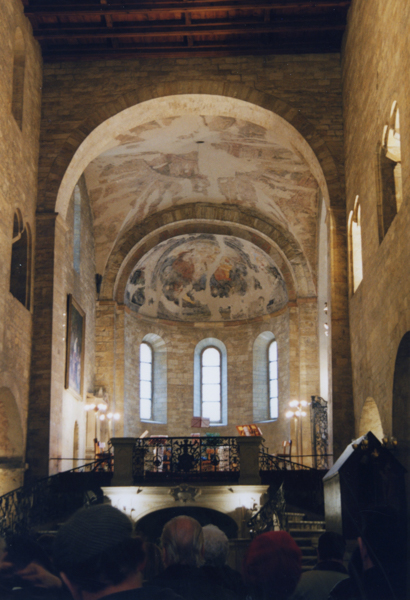 We attended a concert in St George's basilica, where acoustics were fabulous for Vivaldi's Four Seasons. There was, however, a significant drawback we hadn't anticipated: it was unheated! Moreover the bench seats had no cushions. The lack of padding wasn't the issue: the cold seats sucked any trace of warmth out of your body. By the end of the concert we were walking, talking popsicles!

Nevertheless on the whole we enjoyed much of the trip – especially the opportunity to spend time with our PVS buddies. Too many of them have passed on, but we cherish their memories.