One of the major benefits to living in the DC area is participating in Smithsonian Resident Associates programs. I don't know if the two trips pictured here were in the same year. The photos are not dated, but a statue pictured in one of them wasn't installed until 2000, so the excursion had to be after that. I've opted to put them both into 2001 simply because I don't have any other travel photos from that year. 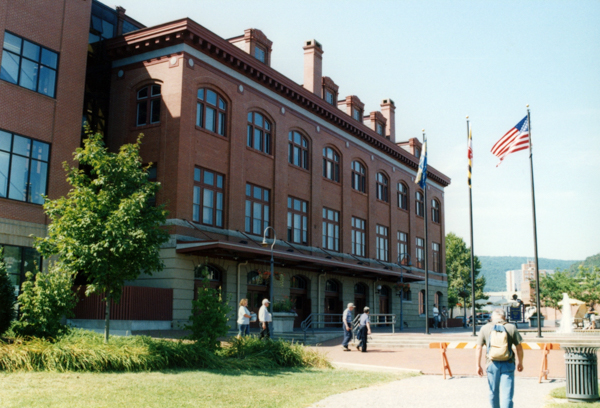 The Smithsonian Associates was still running this trip in 2018. There was one major change. Our excursion used a steam locomotive and the current excursions use diesel. The railway has been refurbishing steam engine #1309 and hopes to put it into service in the summer of 2019. The article at the link has an interesting discussion of the different appeal of diesel versus steam. I prefer diesel, but (as usual) I'm in a minority.

For those who keep track of such things (you know who you are), the engine used on our excursion was #734, known as "Mountain Thunder." It was taken out of service in 2015 for a rebuild. It only takes money -- a lot of it -- and the refurbishing of #1309 has taken much more than expected. 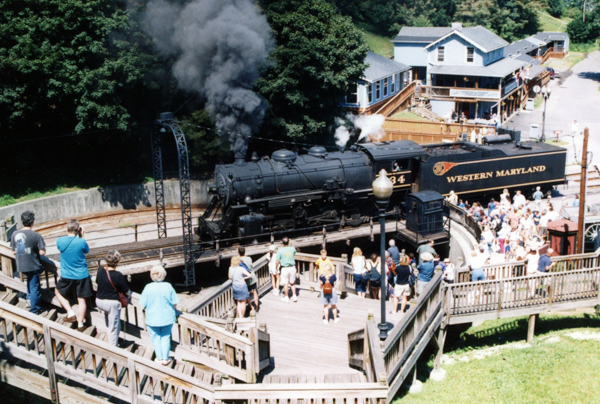 The Frostburg terminus features a large turntable that allows the engine to pull the excursion cars both up and down the mountain. It was fun to watch it slowly rotate the engine around. 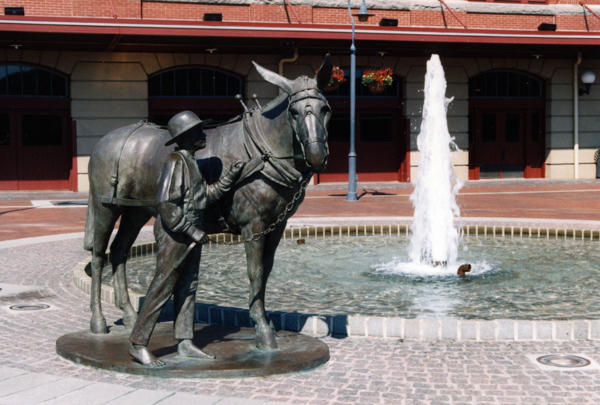 The mule statue at the WMSR headquarters, which is also the visitors' center for the C&O Canal, is the only clue I have as to the date of our trip. The statue wasn't placed until 2000. 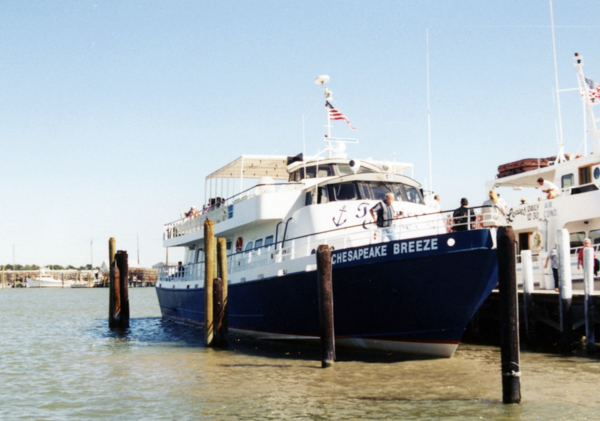 I'm not certain why we decided to visit Tangier Island, other than I think it may have been a birthday excursion. The Smithsonian is still offering this tour in 2019. It looks like the identical format including the same restaurant.

The weather looks beautiful, but it was extremely windy and we had a rough crossing of the Chesapeake. I stayed upstairs in the fresh air and wasn't bothered by seasickness, but that was not true for some of the passengers including one poor woman who suffered visibly both ways. We sympathized but kept our distance. 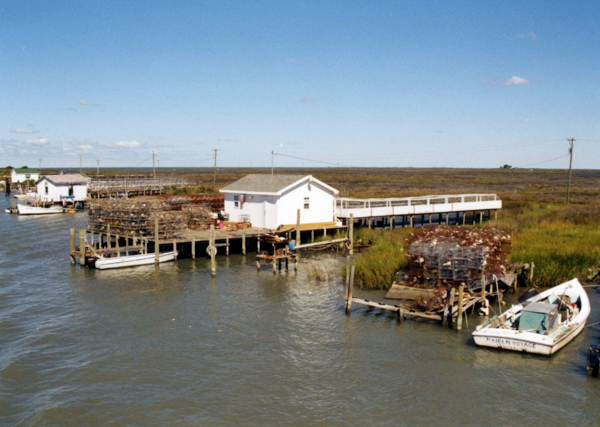 Although Tangier Island is part of Virginia, it is closer to Maryland's Eastern Shore and the mail boat comes from Crisfield, MD. The island was inhabited at least seasonally by the native population and has been settled by Europeans since the late 17th century. Because of its isolation, the islanders developed a distinctive dialect, but modern access to TV has standardized most of the language. We didn't detect any significant difference unless someone wanted to show off.

The island economy is structured around seafood and it is a boating culture. These piers hold quantities of crab pots that are not currently in use.

Rising sea levels have eroded much of the island's area and much more is expected to disappear in coming years. The highest elevation is about four feet. Many fear that the island will soon become uninhabitable.

More details can be found at the link. 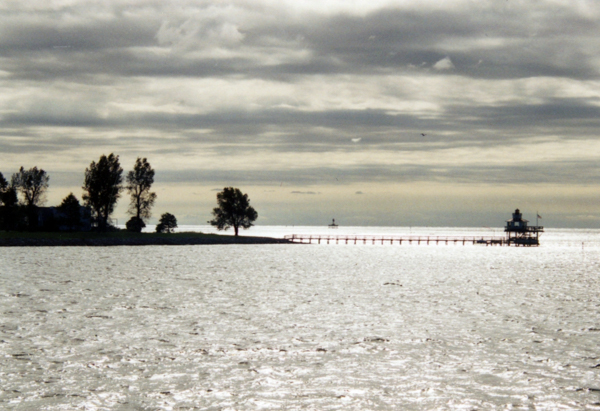 We boarded the ship in Reedville, VA, and sailed down a long estuary past Fleeton Point, where we joined the Chesapeake. I expect this picture was taken on our return.