We moved back to Virginia in 1992 and had to give up our annual Oregon ski trips. From now on out almost all of our skiing would be with our club: Potomac Valley Skiers. Most of these trips were either to Colorado, Europe, or even more exotic places such as Argentina or Morocco. For years we tried to convince PVS to let us run a trip to Mt. Bachelor, but no one was interested in the many-mile drive from the closest lodging to the mountain. Ironically, the Blue Ridge Ski Council did finally sponsor a trip to Mt. Bachelor in 2015. A small group of PVSers went on the trip (we had already booked an excursion to New Zealand and were unable to go). The conditions were horrible. Boo hoo!

We did visit Oregon on our own in March, 1996, March, 2000, and January, 2004. I have only a few pictures from one of the trips so today in 2019 we've been pummeling our brains to piece together the sequence of events. The only assistance has come from check stubs, which merely verify the dates.

We continued to stay at our favorite haunt, the Inn of the Seventh Mountain. At our first visit in 1984, this facility was a condominium with some units owner-occupied, but most managed by the company. We considered buying a unit, but decided not to do so. Good choice! We tracked prices and management over the years and it would not have been a good investment.

At the time of our 1996 trip, the structure was changing to time-shares. Since then there have been spirited proxy battles.

Now called Seventh Mountain Resort the inn is returning to condominium status managed by Wyndham Hotels, one of my least favorite companies (long story having to do with Bay Meadows racetrack in San Mateo).

One of the few experiences that I've been able to pin to our 1996 trip was a visit to the Pine Mountain Observatory to see the comet Hyakutake. In spite of the Wikipedia reference assertion of "very bright," we were disappointed. Although the comet's tail was huge (about 1/2 of the sky), it was very faint even in the high desert away from any sources of light pollution. There were a number of other people there who let us use their telescopes. Jim remembers that he waited in line to use the observatory telescope, but that it didn't add much either.

We've not been able to organize the rest of our "unpictured" Oregon memories into coherent trips, but here are some that stand out:

Here are the only photos that I can find from these years. I'm sure I had others, but they've vanished. 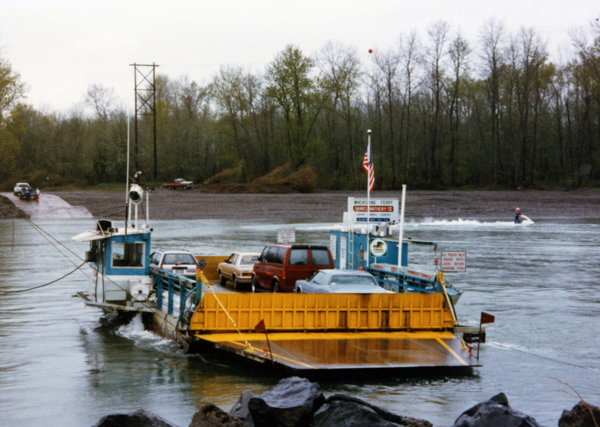 I can attribute these three photos to the 1996 trip because of the dates on their backs.

Wheatland wasn't on the way between Bend and anywhere else that I suspect we traveled this year, but here's the proof none-the-less. 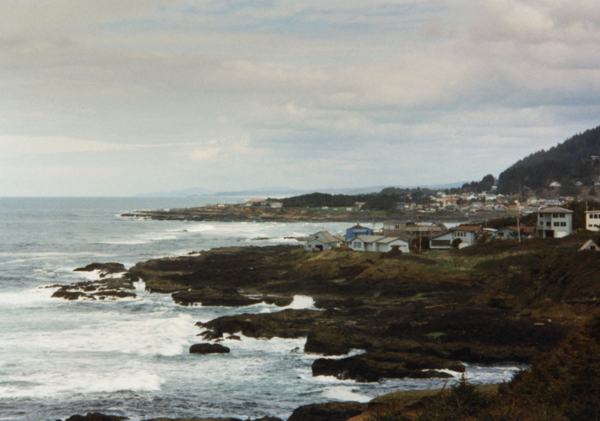 I believe this is Waldport, but can't be sure. 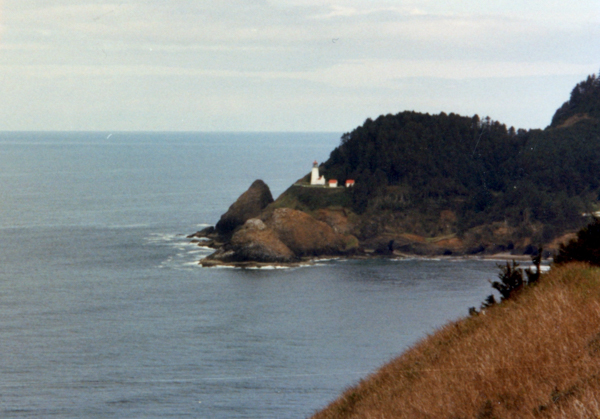 I know this is the Heceta Head Light because we visited it again in 2017. It looked pretty much the same. The route that we've reconstructed was from Corvallis to Newport to Florence to Eugene.