We spent the first several days of our trip in San Juan, the location of Jim's meeting. 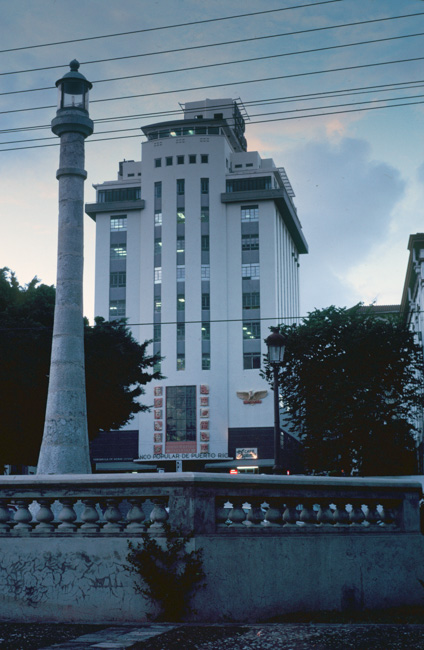 I had been to San Juan once before in the 1980s and I took this picture to commemorate that trip. Banco Popular was one of Tandem's customers. Elusive data communications problems between the Tandem systems that ran their ATMs and their IBM mainframe had stumped our best technical talent in the Reston, VA, System Support Group and beyond. The missing link was capturing the right debugging data at the exact time of the failure.

It became politically expedient to send the manager of Reston SSG, that would be me, down for a powwow with the bank's managers along with their "local" support analyst from Miami, the late Bill Martinez. I was to be the sacrificial lamb.

Mirabile dictu, the problem occurred the first night I was there. Bill pounded on my hotel room door in the wee hours and the two of us, in our jammies and hotel-issued bathrobes walked the system operations staff through data capture. I had been briefed on the specific commands to use on the Tandem side, but based on my long-ago IBM background I also gave instructions for commands on that system as well.

The luck of the Irish was with me, and it was the correct sequence of operations on both machines needed to reproduce the pesky problem. We transmitted the data back to Reston for analysis and I became the heroine of the hour.

This is one of the Banco Popular branches. Or, as we called it at the time, Banco UN-Popular!

We stayed at the TravelLodge, which was close enough to the beach for an ocean view from our room and a short walk to the surf.

The area is called Isla Verde. 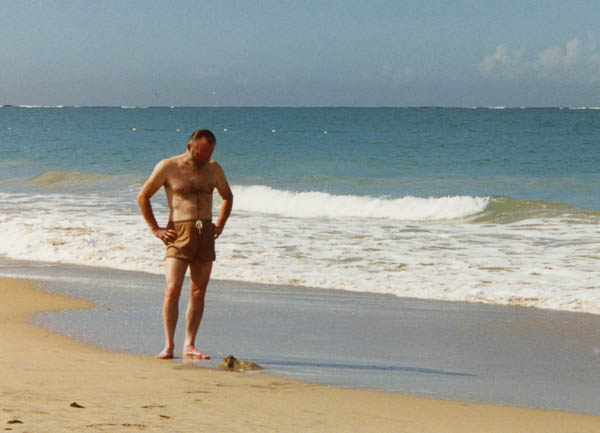 We managed to go swimming one afternoon. It was a beautiful beach, but the surf packed lots of sand into our swimsuits. 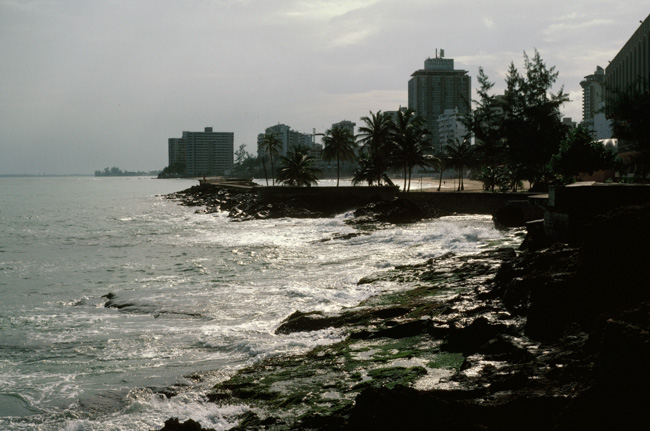 This is a view of the shore from the other side of the point.

When I visited Puerto Rico as described above, the hotel (the Condado Plaza, now operated by Hilton) was located on a similar rocky point. My window faced the sea and I heard surf all night. I never made up my mind whether it was soothing or irritating! 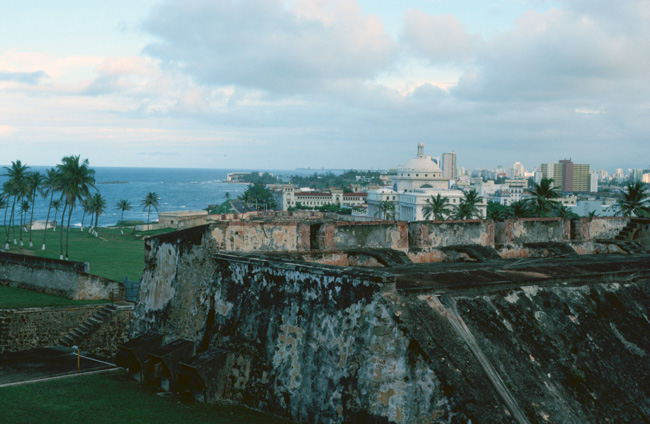 We visited old San Juan a couple of times. The first time we took the public bus. There are rough neighborhoods between the Isla Verde resort area and downtown. Although we didn't run into trouble we decided to take a taxi back! Our second trip was with one of the rental-car-equipped co-workers.

The Castillo San Felipe del Morro, still an active military post until after WWII, stands on a promontory adjacent to the city. It was an interesting place to prowl around. 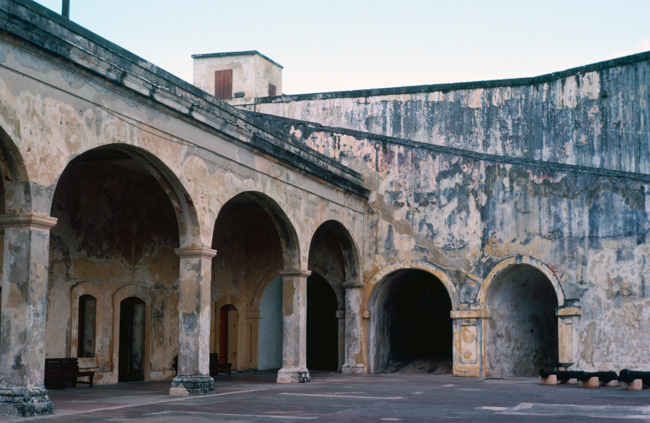 We were there in October or November – not the high tourist season. Everything was deserted. 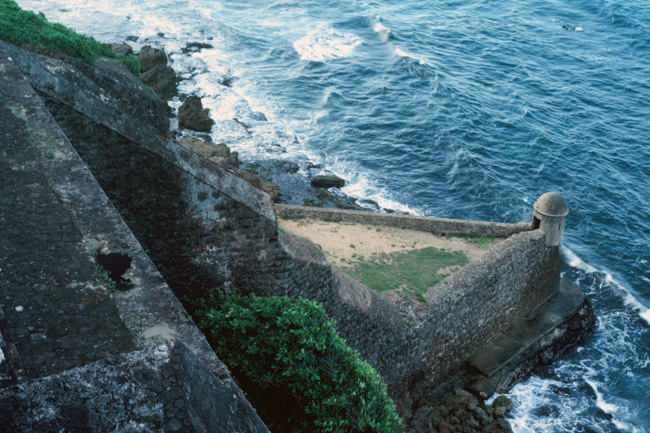 I wouldn't want to scale these fort walls under fire! 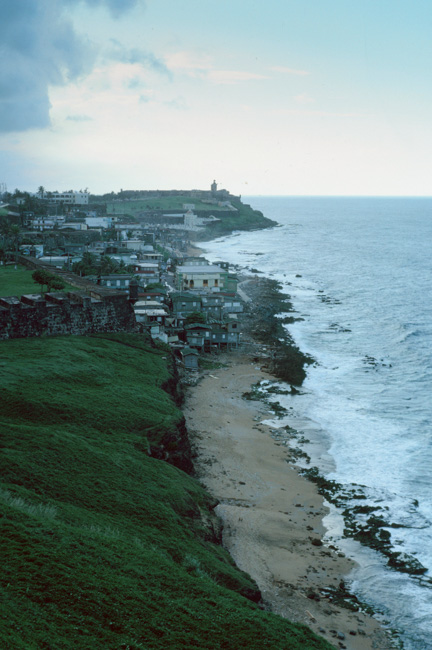 A view toward the fort from farther down the coast. I don't believe the houses down by the shore were the high-rent part of town.

I can't imagine what Puerto Rico looks like now after hurricane Maria. I've seen the devastation that Katrina left and from the news reports this island was hit harder.