While we were living in California (1986-1992), Jim was intrigued by an investment strategy of investing in companies you do business with and like. We made some good stock choices based on that strategy including buying shares in Alpine Meadows Ski Resort. We had been skiing at Alpine Meadows for years and discovered that we not only liked the area, but the company was exceptionally well run.

At the time Alpine Meadows Corp. also owned the Mt. Rose ski area in Nevada, we decided to spend one weekend inspecting our "investment" there. It was a fine place, but we only skied there once. Alpine itself was not only better, it was more convenient.

Alpine Meadows Corp. also owned Park City, Utah. That one is still on our list even though we no longer own stock in the company -- they did a reverse stock split to get rid of the small investors just before the location of the 2002 Olympics was announced. Park City was to be one of the venues. Not that we're bitter or anything. Even so we more than doubled our investment.

The company has since been restructured and gone through a number of ownership changes. We've lost track. 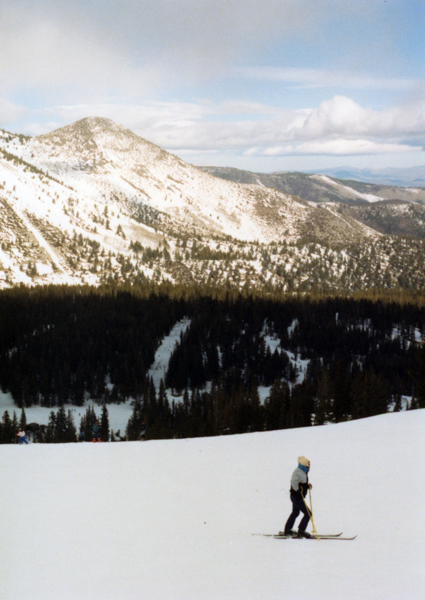 It wasn't exactly crowded the day we were there! Jim has the mountain almost to himself. 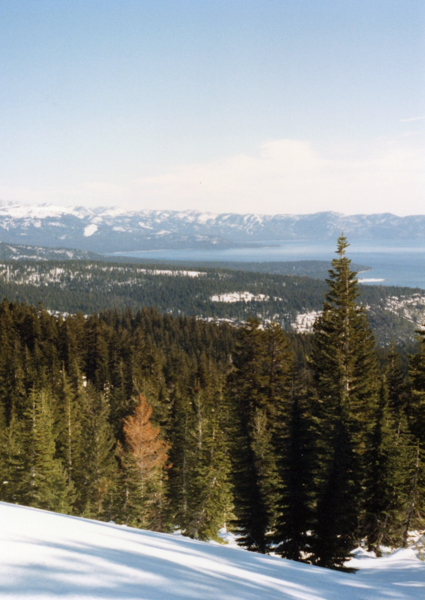 You have to love the view over Lake Tahoe.