Unlike most European resorts, instead of buses we took cog railways to the various locations.

"BOB" stands for Berner Oberland Bahn. Interlaken is in a jurisdiction called the Bernese Oberland – the "highlands" of Bern. Bern is the capital of Switzerland and I'm sorry to say that we have never been there.

The valleys were stunningly beautiful, as were the mountains. The pictures at the links have better panoramas than I was able to capture (although they are taken in summer). 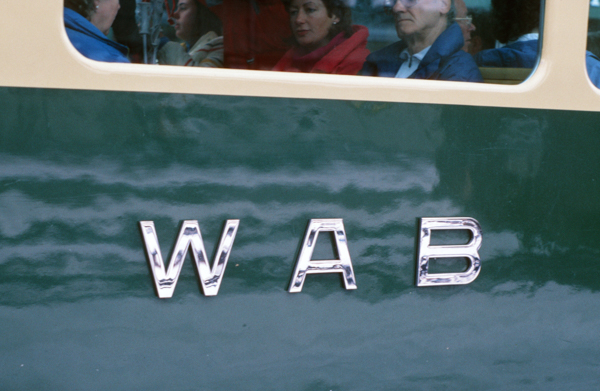 The Wengeralpbahn, or "WAB," was the route over the mountain between Grindelwald and Lauterbrunnen. It takes skiers to Kleine Scheidegg and also connects with the railway used to reach the Jungfraujoch, the highest railway station in Europe. 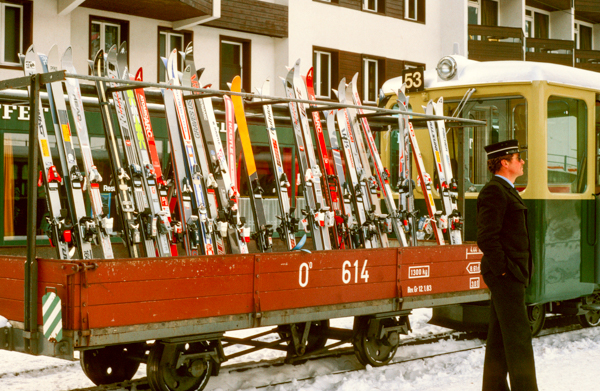 Instead of stuffing our skis into racks on the side of the cars, this handy little train car kept them safe and sound as we traveled up the mountain. 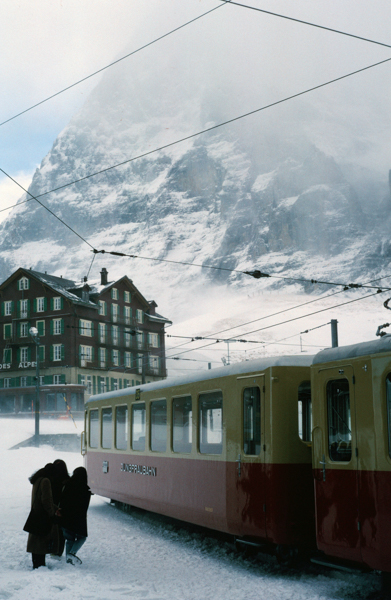 The Jungfraubahn rail line was an engineering marvel when built. 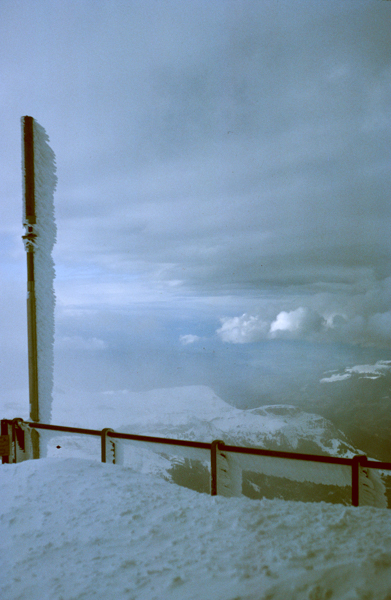 As is often the case in winter in the mountains, the weather was changeable. We didn't get the best scenery at the Jungfraujoch. 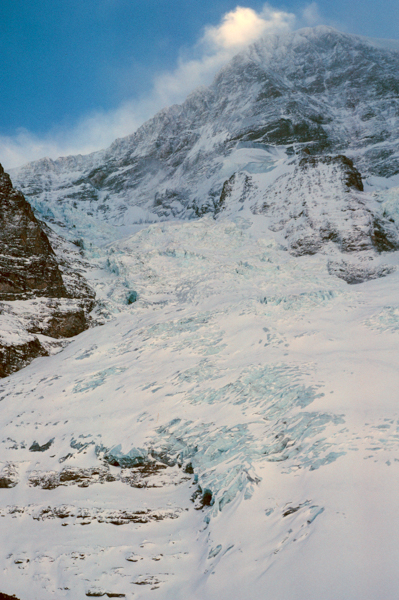 There are several opportunities to get off the train and take pictures. My slide notes aren't very helpful, but I'm pretty sure this is the first stop: Eigergletscher (Eiger glacier). The peak is certainly the Eiger and the glacier matches at least one other image on the WWW.

Another stop is called Eigerwand (Eiger Wall). At this point the train is running in a tunnel cut into the mountain. This view from the tunnel is looking down onto Grindelwald with the First ski runs in the background.

Unfortunately I never got to ski this area. On the day that our group was headed in that direction, I was fighting a cold and didn't want to ski. Jim went without me.

I didn't feel so bad, however, that I didn't spend the day riding the rails and hiking in the valleys. 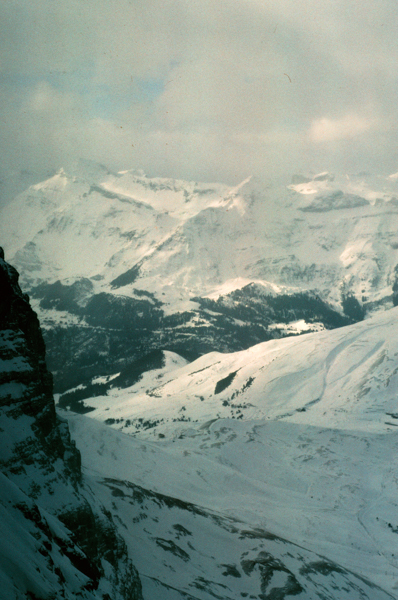 This picture is also from the Eigerwand station looking toward Lauterbrunnen. There was one other intermediate stop on the ascent, the Eismeer (Sea of Ice) station.

Back at Kleine Scheidegg there is some pretty serious snow removal equipment used to keep the rail lines open — just in case it might snow.

On my "sick day" I waved goodbye to Jim in Grindelwald and took the WAB past Kleine Scheidegg to Lauterbrunnen.

I walked up the valley from Lauterbrunnen to Stechelberg. There I took the tram up to the ski area where I had lunch. 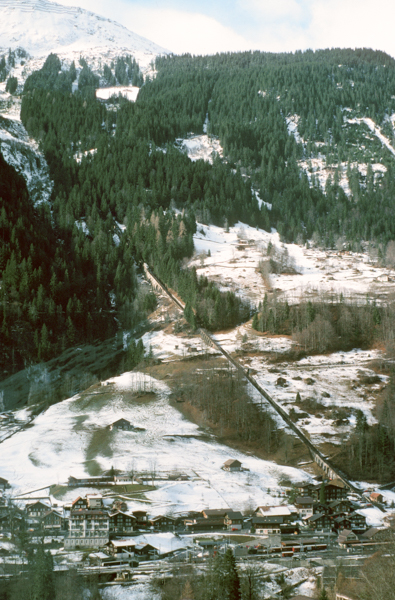 This funicular track from Lauterbrunnen to Grütschalp, seen from across the valley, was damaged by landslides and replaced with a cable car in 2006.

If you are really interested there is a video taken in 2010 from the new cable car that shows the remains of the funicular track. 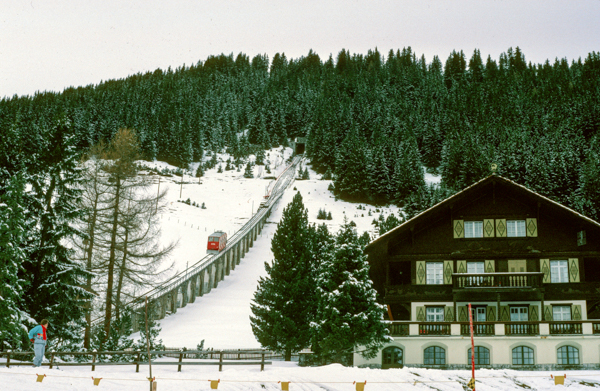 The funicular from Mürren to Allmendhubel is still in operation. The cars have since been replaced with panoramic view cars.

From Lauterbrunnen I was back on the BOB for my return to Interlaken.

The huge fold visible in the rock scarp shows the forces that have created these young mountains.