Starting in 1986 the descendants of Isaac Wesley Cutrer of Louisiana and Mississippi held annual reunions. These reunions continued for more than ten years and were fun and informative. Isaac Wesley had two wives over his long life: American Dunnica & Mary Sullivan. Each wife had numerous children -- 17 in all. Of those, nine founded families that continue today. The reunions were in various locations throughout the country from California to New Mexico to New Orleans to Virginia, but I think most of them were in Mississippi. I miss them although now that the generation that knew each other growing up has passed on, I doubt there will be more.

This was the first New Orleans reunion. 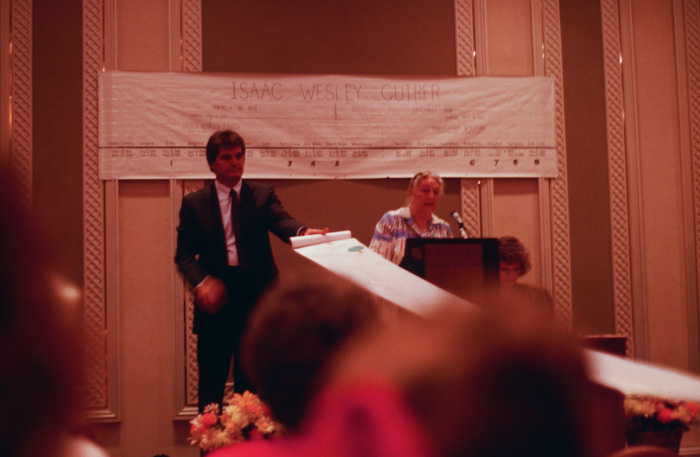 I enjoyed meeting and getting to know kinfolk that I had never had occasion to meet before.

Helena Adams and her son Hugh presented a scroll of the known descendants. It is a LONG scroll! The sons and daughters of Isaac Wesley are on the banner in the back. 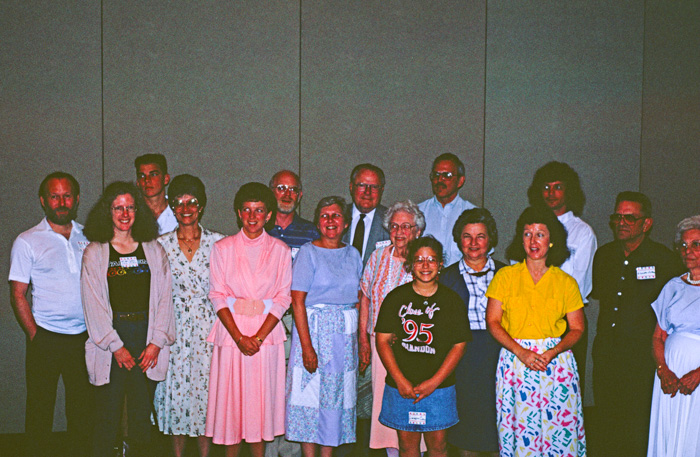 Uncle Win's family are the only surviving descendants of Isaac Wesley to retain the Cutrer name although there are plenty of other Cutrer cousins in south Mississippi and eastern Louisiana.

When Uncle Win died in 2015 he was the last remaining grandchild of Isaac Wesley. 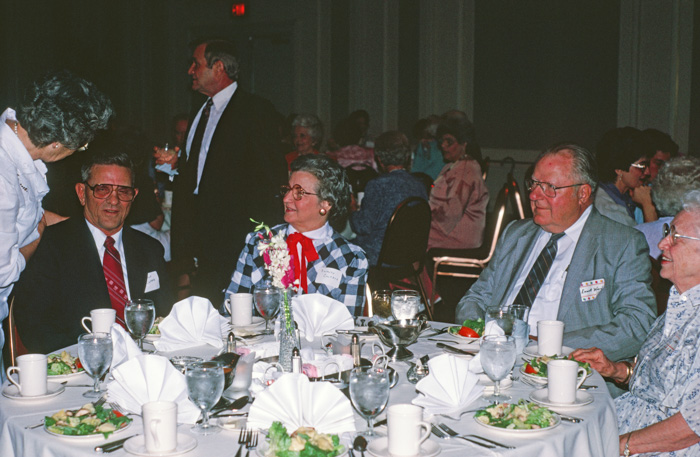 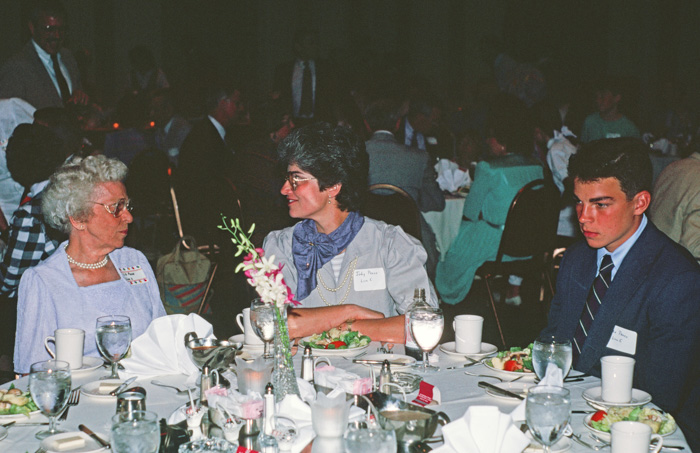 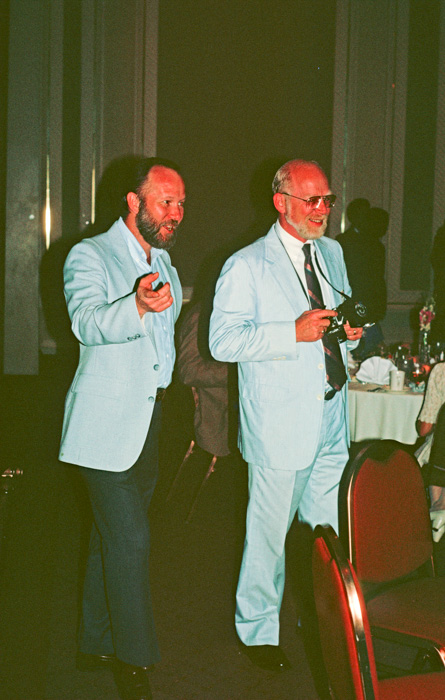 Jim & Hop. brothers of the beard! 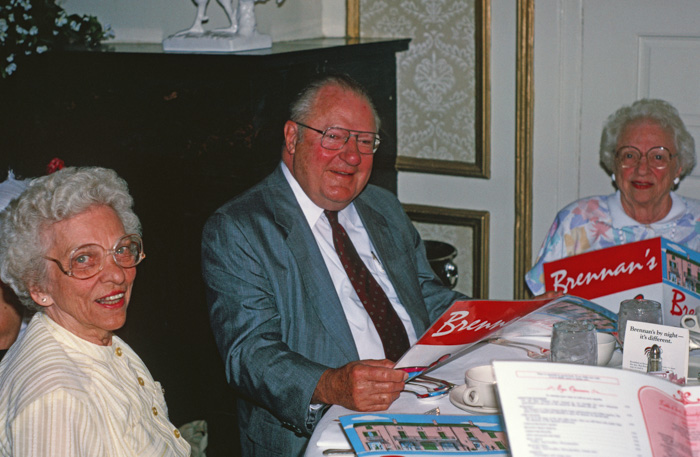 The following morning we had "Breakfast at Brennan's" at Brennan's New Orleans. My father loved their turtle soup.

Aunt Lib and my parents.

Aunt Lib and my mother did not look much alike as young women, but as they aged they were clearly sisters. I remember having them both visit us in Virginia years later. When my mother and I met her at Dulles airport, the young man escorting Aunt Lib saw my mother across the concourse and exclaimed: "There's your sister!" 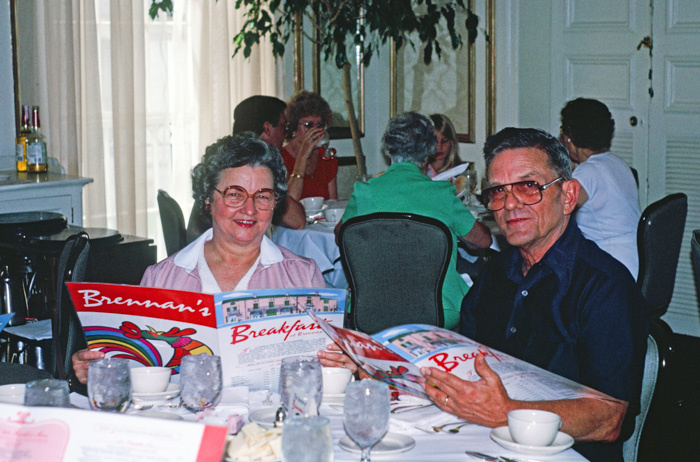 Uncle Win gave me my first horse when I was fourteen. Needless to say, he was my VERY favorite uncle! He was the only other member of the family who cared at all for horses. 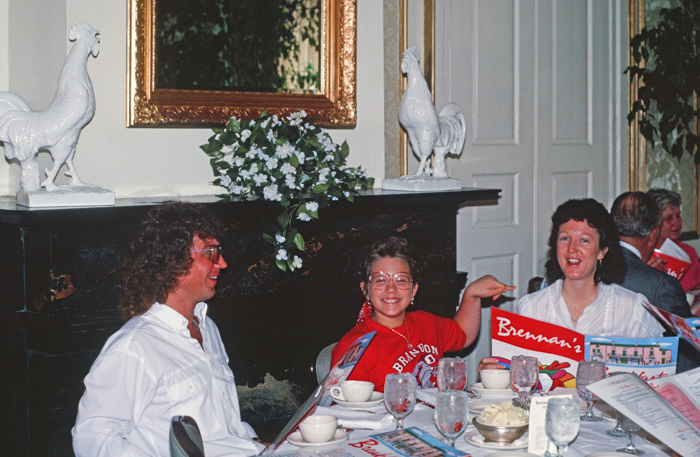 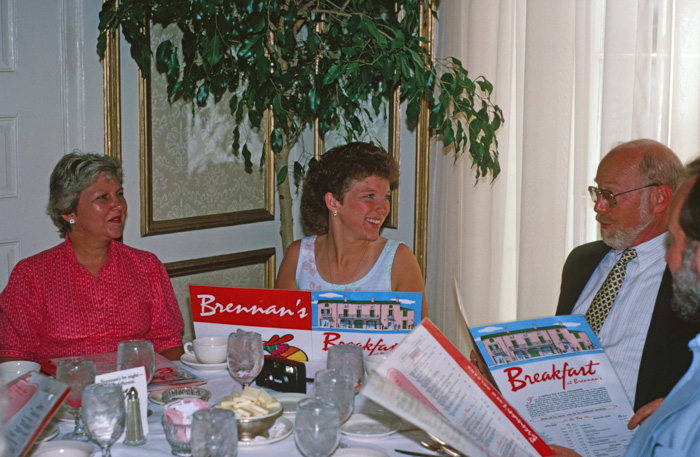