In 1988 we made our annual Thanksgiving jaunt to Oregon. I don't have any pictures from Bend, so I expect that we were too busy skiing to do much sightseeing.

As usual on Wednesday we headed across the mountains for our wine-tasting experience. 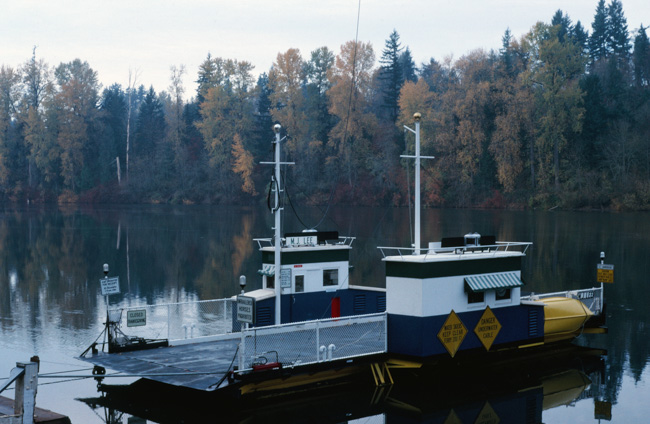 On this trip to the Willamette Valley, we indulged our delight in alternative modes of transportation. There aren't many ferries remaining, but this is one of them. The Canby ferry has been in operation more-or-less since 1914. The ferryboat is named after Millard Jerome Lee, the first child born in Canby, in 1872. (That's a reminder of how late Oregon could still be considered "frontier.") 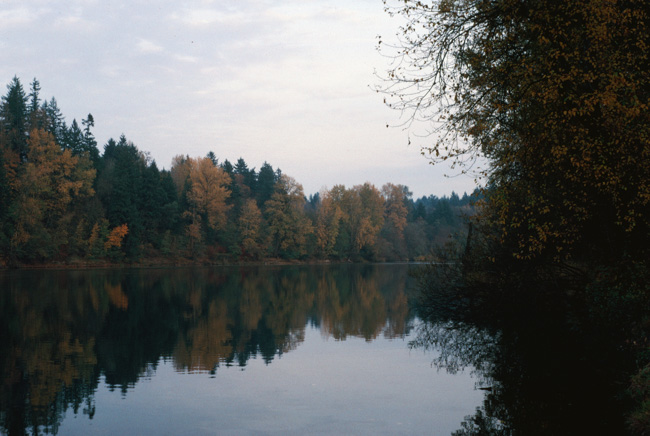 A quiet reach of the river downstream from the ferry crossing. 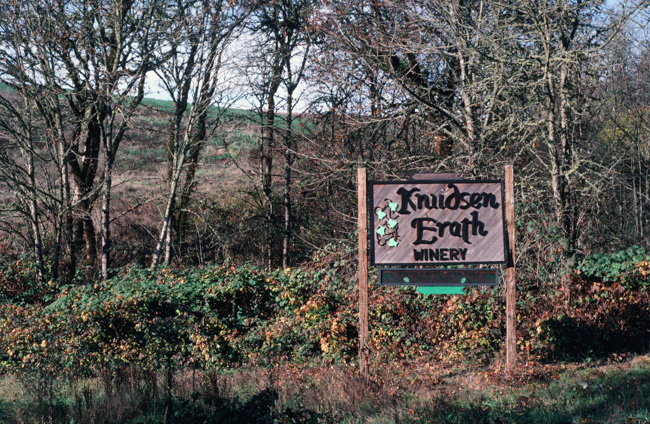 We little knew when I took this picture what changes were in store for one of our favorite producers of Oregon wines.

Dick Erath and Cal Knudsen were friends and partners in this joint venture. Around the time of our visit, Erath bought out Knudsen's share of the winery. Knudsen retained the vineyards.

The winery was then renamed Erath and still exists today although it has been operated since 2006 by Ste. Michelle Wine Estates. Knudsen vineyards grapes, on the other hand, have been sold to Argyle Winery in the years since then. It was only in 2012 that Knudsen Vineyards established its own label and began making wines again. 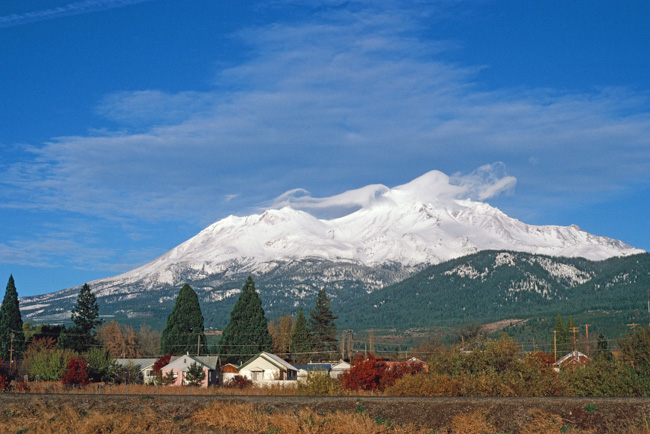 Right after I took the picture above my camera battery died, thus no more pictures of Oregon wineries. Nevertheless we had a superb visit and crossed the border back into California with our tailpipe flashing sparks on account of the cases of wine in the trunk.

As we passed Mt. Shasta on our way south I had to stop and capture the unusual wave pattern in the clouds. Unfortunately the distinctive shapes had begun to deteriorate by the time we found a safe place to pull over. To see better pictures and read about how the waves are formed see this discussion of Kelvin-Helmholtz clouds. 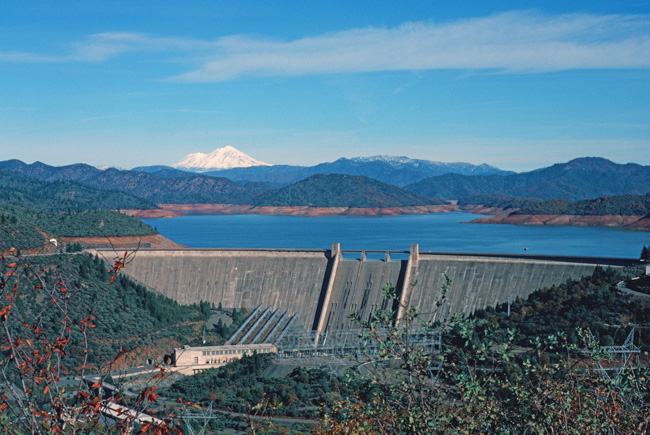 We took the time to visit Shasta Dam. Lake Shasta is very low due to the many years of drought (it would get lower). 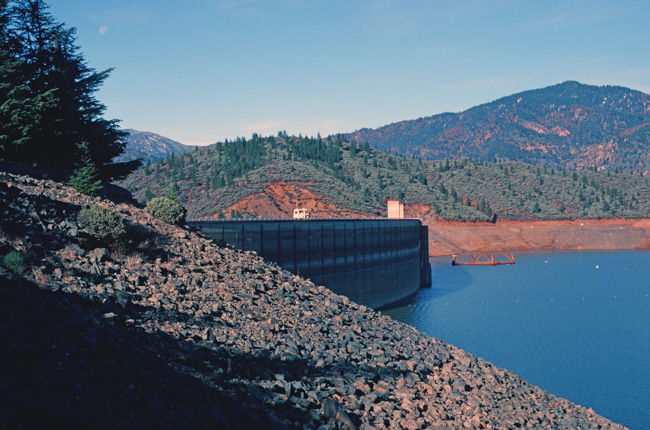 The water behind the dam is low enough that the remains of towers used in its construction are visible above the lake surface. The towers were removed down to the water line as the lake began to fill. 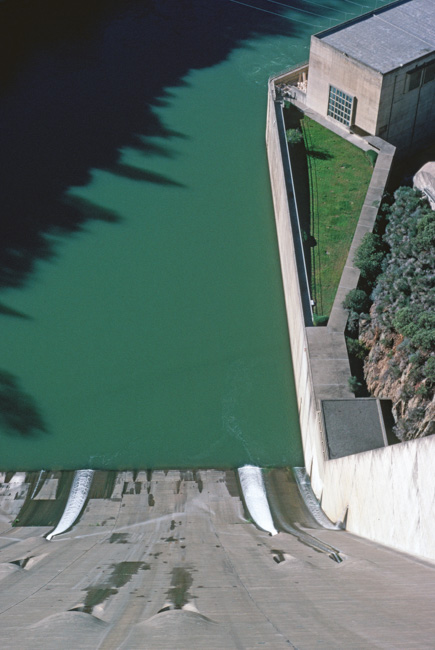 Looking down the face of Shasta dam. Water is only flowing from the bottom gates at this time.

After our visit to Shasta, we were homeward bound with no more stops. 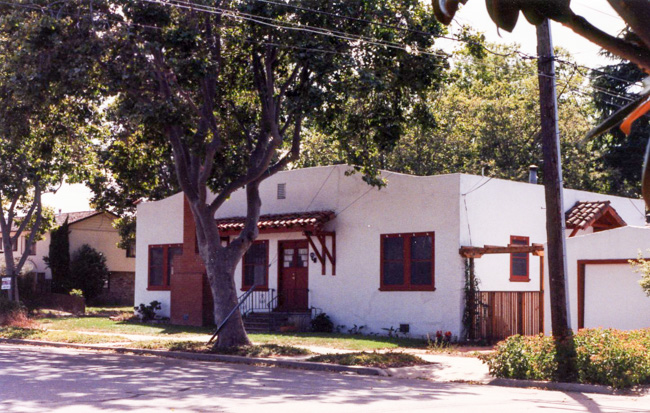 As usual we were glad to get home after a lovely excursion. We drove through our old neighborhood when we were recently in California. The house is pretty much the same although the current owner has painted it a different color and added a low wall along the sidewalk. We prefer to think of it like this.