The first place we visited was the Bollman Truss Railroad Bridge in Savage, MD. It was built for another location and moved to its current location in 1887. This is common. Bridges cost a lot of money to create, If they were no longer needed at their original location they were often dismantled and moved to another place.

At present the bridge carries a footpath.

The building in the background is Savage Mill. In the years since we were there, it has been turned into a shopping and restaurant complex. 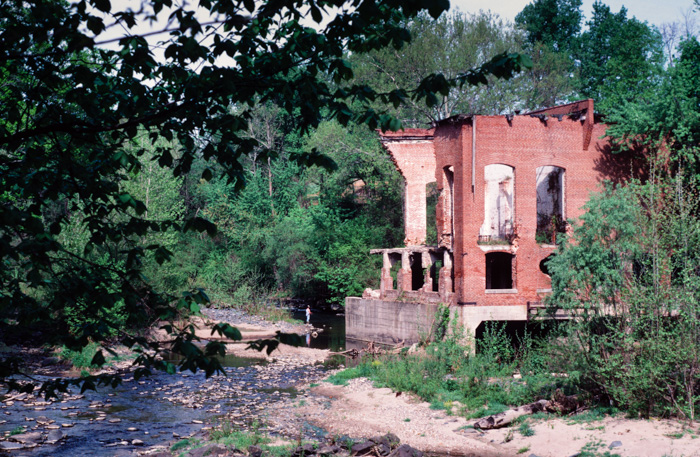 Another old mill. The note on my slide does not give any additional information about this location, so I can't say if it was part of the Savage Mill complex. The wonders of the WWW turn up a picture of this ruined mill that confirms that it is on the Little Patuxent River.

There is an angler in the center of the picture. It looks like a great way to spend a day. 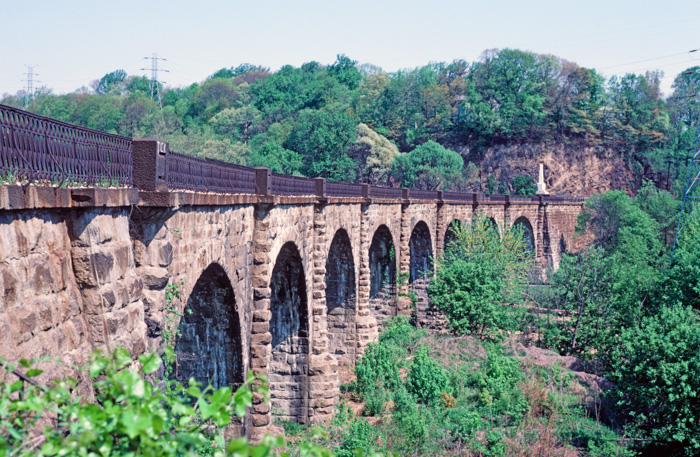 The Thomas Viaduct is named for the B&O railroad's first president.

It is a continual amazement to me that Google can flesh out my vague memories of the distant past.

Built in the early 19th century, it is one of the oldest railway bridges still in use. At the time of its construction there was concern that the curve in the bridge would make it unstable. In fact it made it MORE stable. 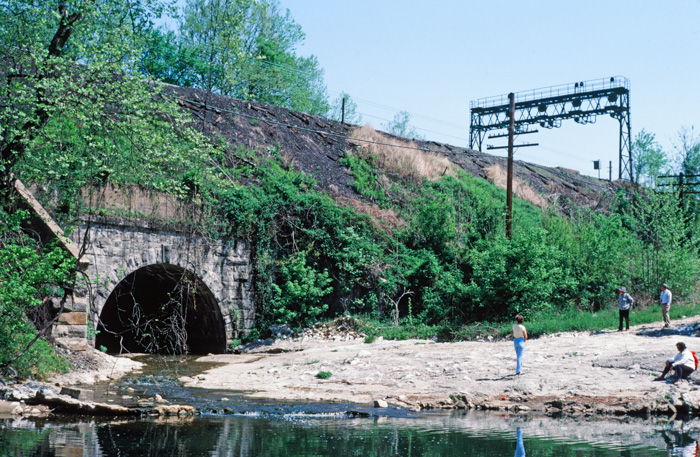 This one is hard to identify after this span of time. It may be the bridge documented as "Bridge 6A" at a web site dedicated to the Old Main Line. The original construction was in 1828, but it was expanded two more times. In 1875 the exterior stone arch was retained, but the bridge was widened by building a new portion inside. 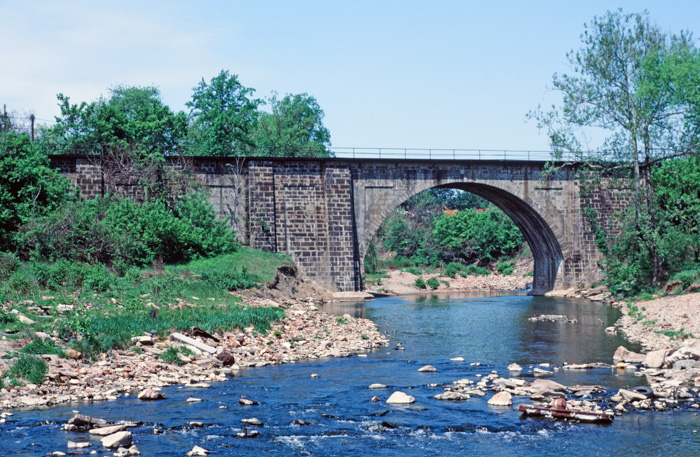 The Carrollton Viaduct is even older than the Thomas Viaduct and it is also still in use, carrying much more weight than was originally envisioned.

The Patterson Viaduct is slightly younger than the Thomas Viaduct, but it was seriously damaged in a mid-19th-century flood and replaced by the Bollman Truss bridge also shown above. 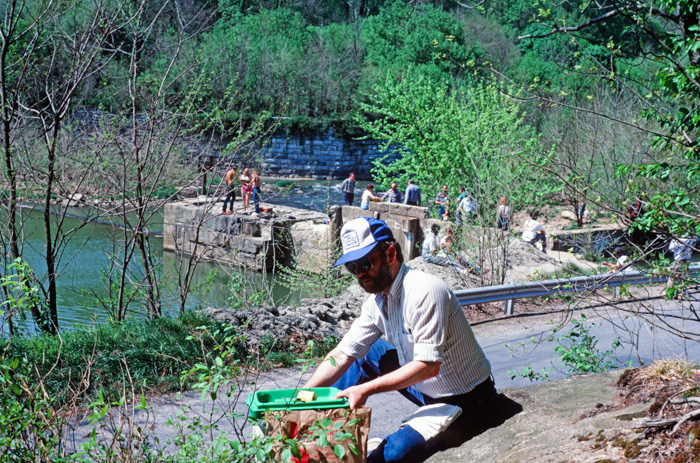 We brought our own picnic lunch to enjoy at midday. I don't remember the meal we had, but we still have that white and green cooler.

One civilized feature of the Smithsonian bus tours in those days was that sherry and cheese were served on the way home. We often brought a bottle of our own wine and some interesting cheese to share as well. 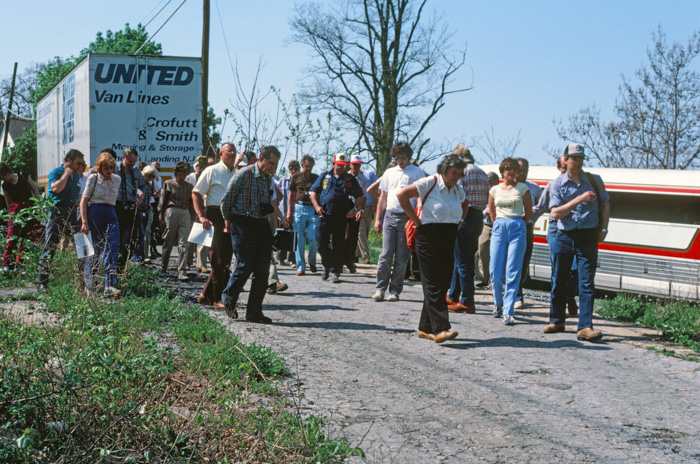 This may not look like much, but if memory serves it was the site of one of a sequence of inclined planes used to get the trains across Parr's Ridge. The text at the link calls it a "gentle summit," but it was too steep for the first generation of locomotives. Horsepower and booster engines were used to help. The area quickly became a bottleneck and a loop through nearby Mt. Airy eliminated the need.

The Smithsonian bus can be seen on the right of the image. Typically we would drive downtown in the early morning and park at the Air & Space museum to meet the bus there. Usually the buses would also make a scheduled stop at a suburban location as well. If one of our trips happened to be headed west, we might meet the bus at the Vienna Metro stop.

I don't know why I only took pictures of the bridges and viaducts on this trip because I remember visiting historic cuts as well. For example, the "deep cut" is described online as: "The Deep Cut was made into the ridge between the Gwynns Falls and Patapsco River. The original effort turned out to be much greater than the railroad had anticipated. At 68 feet deep and 3000 feet long, the cut is more impressive when you learn it was all accomplished by hand. Hundreds of men worked with shovels and pickaxes around the clock for well over a year to carve into the sticky clay. It came close to bankrupting the fledgling railroad." This is pretty much what we were told on our tour.