On this excursion we visited sites in and around Richmond.

One memorable location of which I do not have a picture is the Richmond Triple Crossing, believed to be the only place in the US where three train lines cross over each other. I'm sure we stopped for a photo op, but I guess I didn't like the way my picture turned out because I didn't save it. It is unlikely that there were any trains passing at the time.

My note on the slide calls this a coal "tipple," but WWW research implies that a coal tipple is a specific structure at a coal mine used to put the mined coal into hopper cars for transport to market. Structures similar to this that I've found online are called coaling towers.

Terminology aside, this tower was used to coal steam locomotives. Virginia, a major coal mining state, and its railroads, continued to use coal long after other areas of the country had converted to diesel or electric.

I can't find any mention of this particular structure in Richmond nowadays so I wonder if it still exists. It would have been near the old Main Street Station. 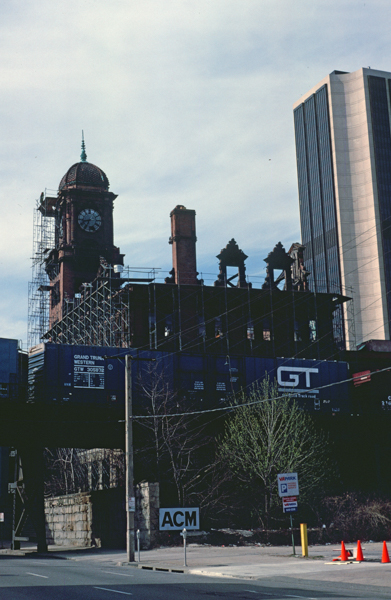 Main Street Station was in the process of being "repurposed" as a shopping mall when it burned in 1983. At the time we were there it was being rebuilt. After a checkered career as a mall and office building, Amtrak restored rail service to the station in 2003.

An elevated section of I-95 runs right past the station's clock tower detracting significantly from the streetscape.

There are plans to renovate the historic train shed for commercial and transportation use.

By contrast the Broad Street Station never returned to service as a train station. It is now the Science Museum of Richmond. 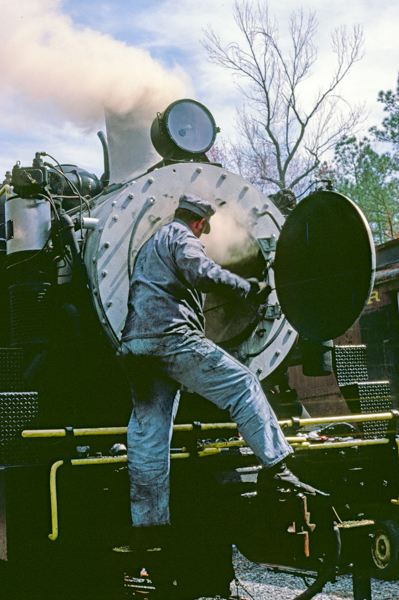 After visiting the Richmond stations, we continued to the work site of  the Old Dominion Chapter of the National Railway Historical Society.

The plan was to have this locomotive steamed up and ready for a short excursion, but it wasn't cooperating. I no longer remember what the problem was, but the local folks were very frustrated that they couldn't show off their baby. 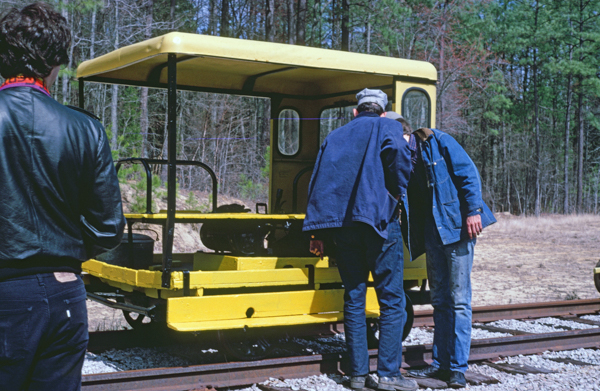 These little cars, called speeders, took work crews to maintenance locations on the track. When my family visited our fishing camp outside of Vicksburg, we had to cross a busy multi-track crossing and we were always on the lookout for "colts" as our friend Mr. Matt called them. They are too small to trip crossing gates. 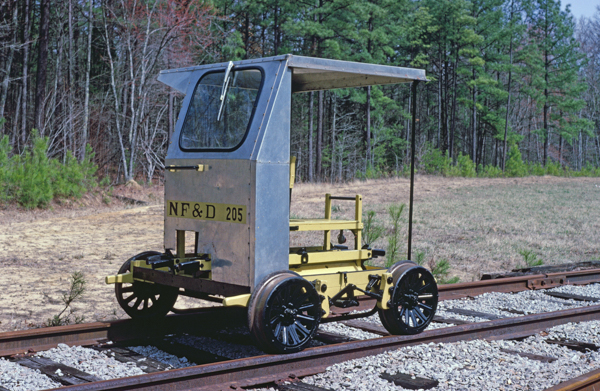 For a fun example of a speeder club excursion check this YouTube video. 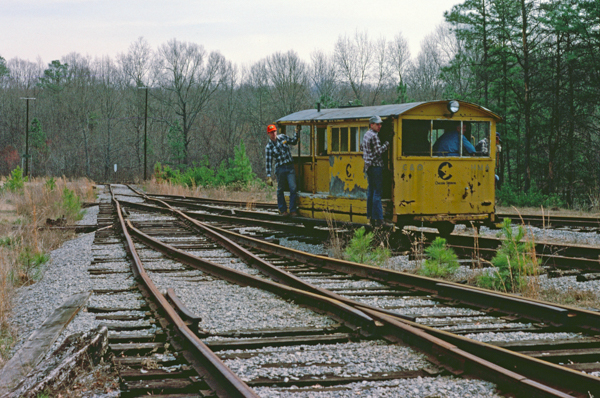 One year we went through a latch-hook rug craze. My mother made one for our spare bedroom and Jim made one ("two blue hills") for the spare bathroom. I found a kit with the Chessie kitten design and made it up for Jim's Christmas present. I was traveling a lot at the time so I could take it with me on business trips to do the work in secret.