It seems like a disproportionate number of the train excursions were in the winter! The one to the streetcar museum certainly was.

Two of the vintage cars. Leader John Hankey is standing between the tracks in the tan jacket.

According to Wikipedia, car 7407, in the foreground, was built by the Pullman-Standard Car Manufacturing Company. It is the only regularly operating Pullman PCC in any Museum. The car was built in 1944 and was the last streetcar in service for the Baltimore Transit Company in 1963. 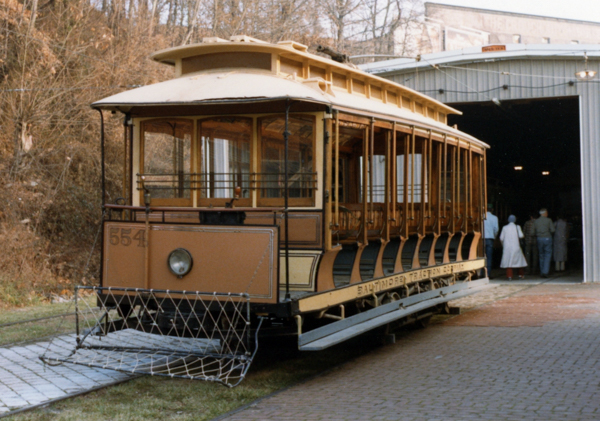 Car 554 was purchased for use in 1896. It has been part of the collection since the 1920s. After being out of service for some years due to advancing decrepitude, this car has been fully restored as of July, 2018. 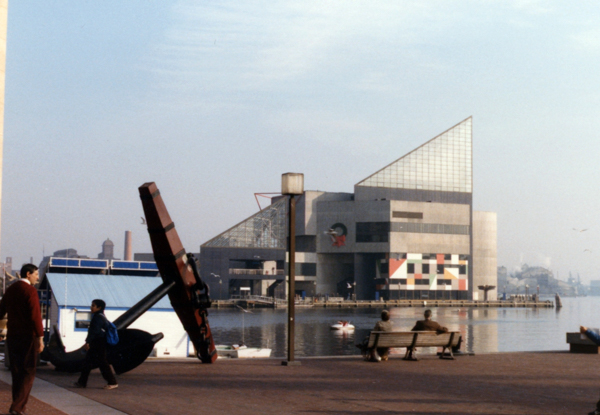 After visiting the museum, we went to Baltimore's Inner Harbor for lunch and strolling around. I recall it being a bit chilly with a brisk wind.

This is the National Aquarium.

Jim and I have talked for years about taking several days to visit Baltimore, but we've never gotten around to it. 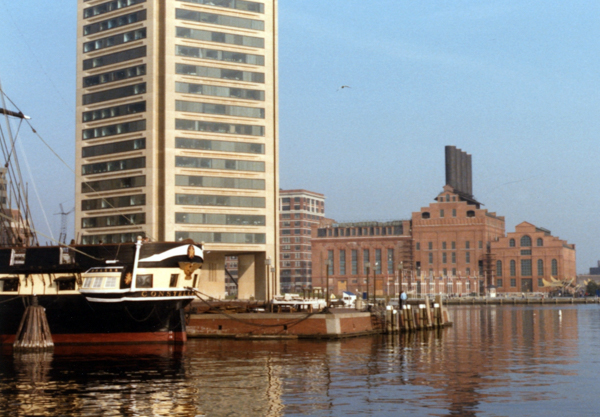 The red brick Pratt Street Power Plant, with its four tall chimneys ceased production in 1973. After various alternate uses, it is now a Hard Rock Cafe among other things.

The ship partially seen on the left is the USS Constellation. She was launched in 1854, the second ship of that name, and continued in various forms of service until decommissioned in 1954. The ship was restored and put on display in the Inner Harbor in 1968, but lack of maintenance caused significant damage and she was closed to the public in 1994.

She has since been restored again and returned to the harbor in 1999.

There is an interesting controversy documented in the link above over what relation the 1854 ship had, if any, to the original 1797 ship of the same name.