As we were riding up in the bus, we had an omen of one of the challenges of the trip. One skier was sick. The contagion, which appeared to be the flu, quickly spread throughout the group.

The "standard" option lodged in the Brussels, which fronted the slopes. It may have only been three-star, but the location was superb!

The food was delicious, but we were amused by the presence of a proctor, for lack of a better word, who oversaw the dining room and undertook such duties as counting the rolls that were delivered to each table at dinner. 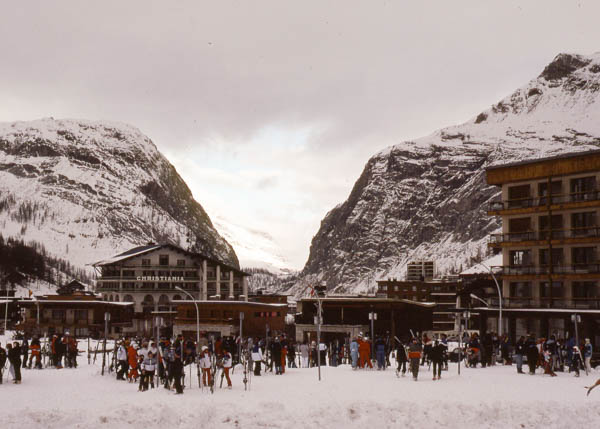 The other half of the PVS group stayed in the Christiana, shown here to the left of the notch.

The village of Val d'Isere largely consists of hotels and other tourist facilities, but there is also a real village with churches and homes – and the occasional cow-shed!

It is one of the few areas in Europe that provide an approximation of ski-in-ski-out accommodations. 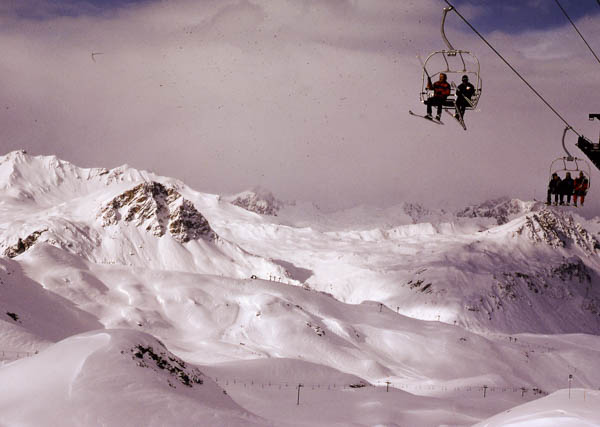 This wide-open area was in a little valley that separated the ski domain of Val d'Isere with that of the next village over - Tignes. My notes call it Secteur Bellevarde. To get a feeling for the huge size of the area follow the link to see the piste map.

I think I missed one day of skiing here due to the bug. I have a vivid memory of huddling in the laundromat (we travel light and always plan on washing clothes at least twice on such trips) with a miserable fever.

Not that I stayed off the slopes any more than was absolutely necessary! Jim escaped the contagion. 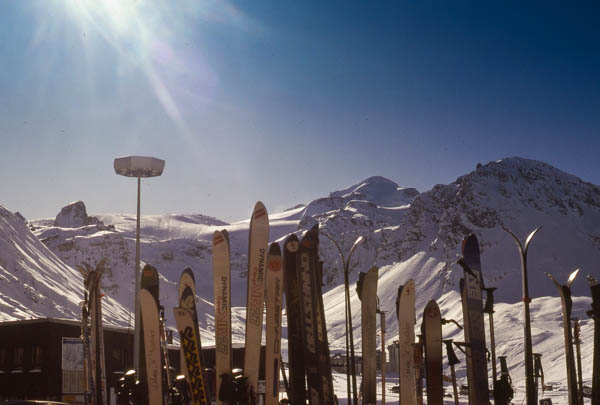 One day we skied to Tignes for lunch and to explore the area.

The view of the mountains from the restaurant was spectacular.

The Palet area of Tignes with the peak of La Grand Casse in the background.

There is also glacier skiing nearby on La Grand Motte, but we didn't make it that far. The combined Val d'Isere/Tignes area is much too large to cover in a mere week. 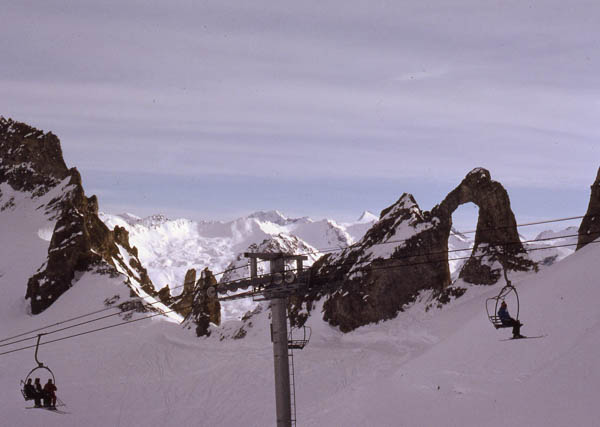 This formation is called the "needle's eye" for obvious reasons.

While skiing down we stopped to watch a group of youngsters take turns at a jump. One did a complete (and unexpected) back flip as he came off the jump, landed on his skis and glided off – screaming in glee – to the applause and cheers of his companions.

It was fun to watch, but we were not inspired to emulate the feat. 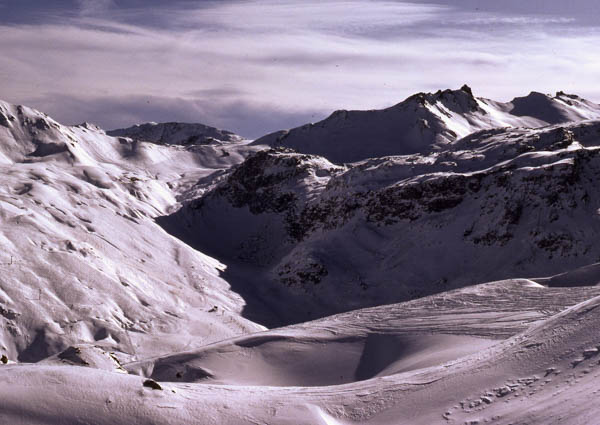 According to my notes this is taken from L'Aiguille Percée looking toward Val Claret. The village is hidden in the valley. 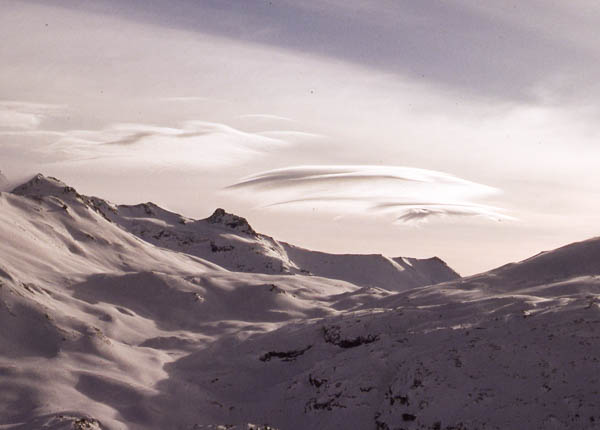 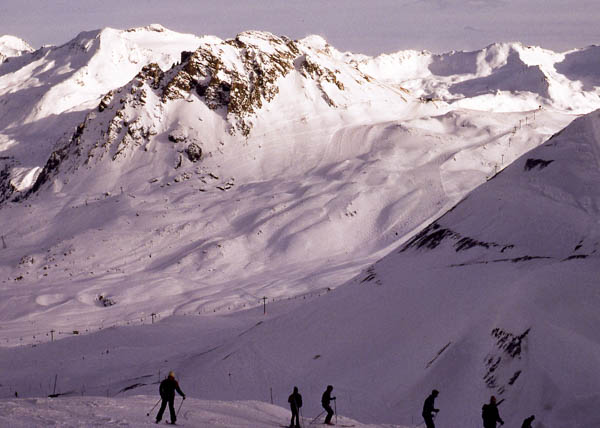 As we work our way back to Val d'Isere, Bellevarde is in front of us and the way to Tignes is off to the right. 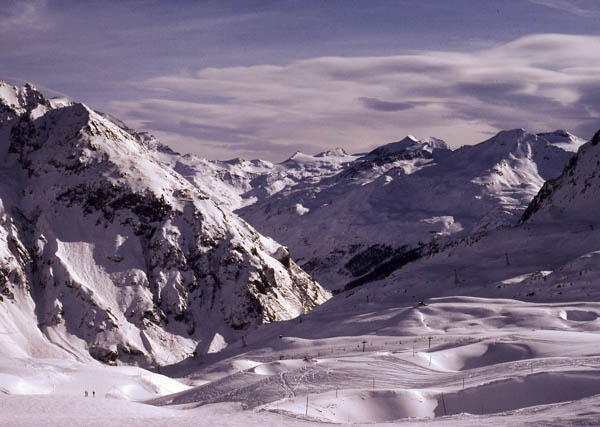 Looking down the Bellevarde area toward the village of La Daille, which is out of sight in the valley.

There are also many villages on the Val d'Isere side of the area: Le Fornet, Le Laisnante, Le Crêt and La Daille are all accessible on skis. We didn't visit any of them on this trip. We did ski to Le Fornet & La Daille on a subsequent visit several years later.

After a delightful week in Val d'Isere (set aside the flu), we piled onto the bus for our next destination: Alpe d'Huez.