The Broadwater Beach was distinguished by many huge pines and live oaks. Many of the trees were damaged by the storm and needed extensive pruning of dead and damaged wood. Others were damaged beyond repair and had to be removed.

It is not a cliche to say some of the oaks and other deciduous trees had been torn out by the roots. 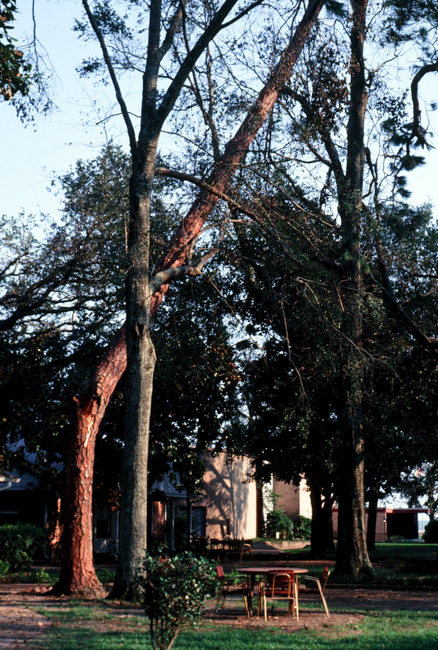 The roots held on, but the tree is a good example of one that didn't bend, but broke. 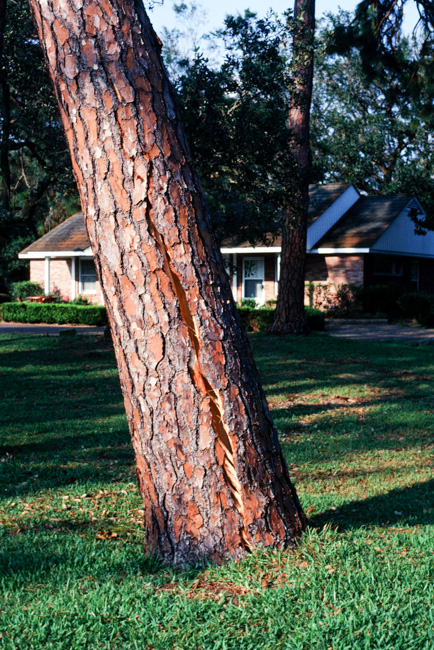 This tree split at the base from the force of the wind. It's a goner and has to be removed.

Watching tree removal isn't a common spectator sport, but we spent quite a few hours watching this tree come down. It was a work of art in its way.

A team of loggers has arrived to begin bringing the tree down.

We asked them if they minded if we watched -- since this is a dangerous job we didn't want to distract them from their work. Besides, some people are superstitious. They didn't mind a bit, so we pulled out lawn chairs and a cooler and set up a tailgate party. 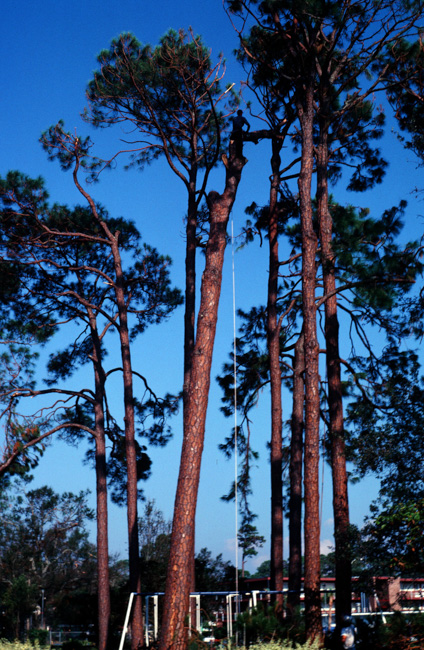 The first step was to remove all the limbs. As I recall, the limbs were just allowed to fall to the base of the tree.

The next challenge was to bring down the trunk. As can be seen, these are very tall trees!

The area around the trees is highly built up. The swing set is the closest thing, but there are cabins and other buildings nearby. For this reason the trunk came down in segments. The loggers roped a segment to the tree itself or to a neighboring tree so that it could be lowered gradually and precisely. Not only did the loggers not want to damage adjacent structures; they didn't want to leave huge holes in the lawn. 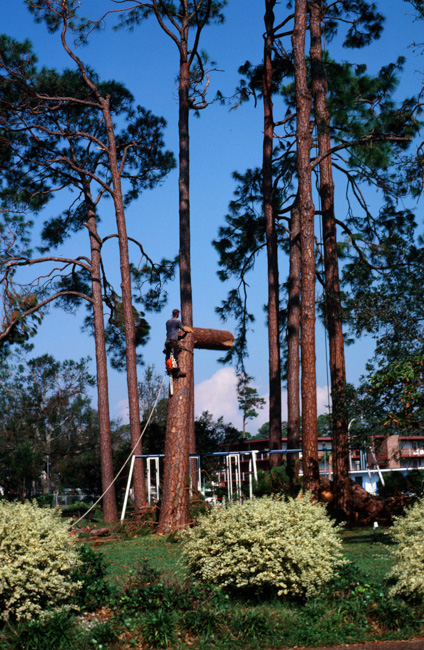 The last section of the tree is coming down.

The remaining stump is felled in the normal way. At this point it can be controlled so that it won't hit anything.

After the work was done, the 100+ foot tree was compactly arranged around its base without disturbing the swing set. In the coming days, the branches and logs were hauled away and the stump removed.

The nearby swing set wasn't even scratched.

I don't remember if we had a chainsaw before watching this, but I know that Jim has always loved a Stihl -- although not as large as the one shown here.

After the work was done we invited the loggers over for a beer, which they much appreciated.

There were many other trees that needed work, but we never saw these folks again. I expect they were specialists and much in demand. 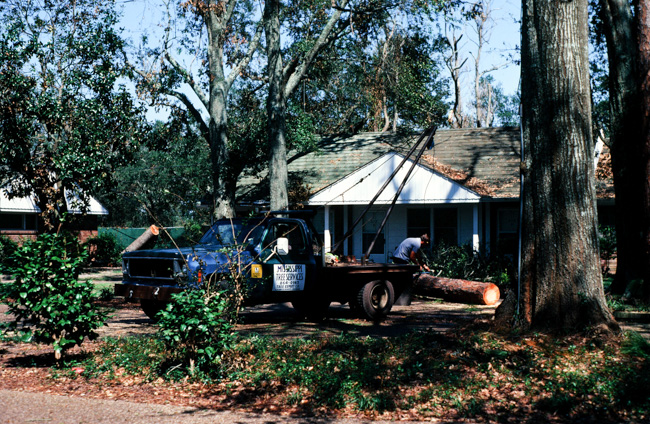 Some of the other ongoing work.

The sign on the truck is Mississippi Tree Services. It is still (2020) in business after 43 years! 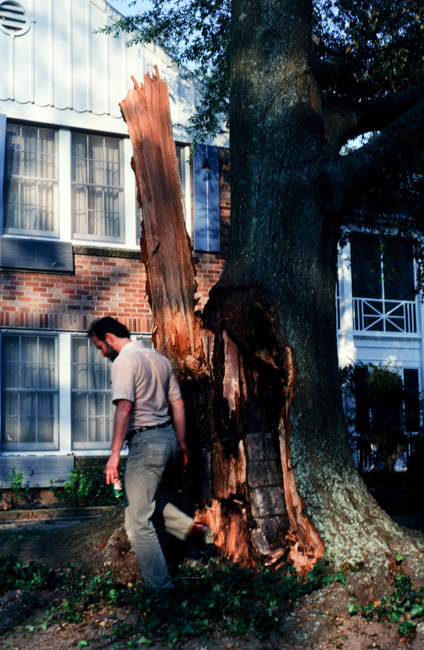 One of the oak trees that received a lot of damage. I'm sure this one had to be taken down as well. 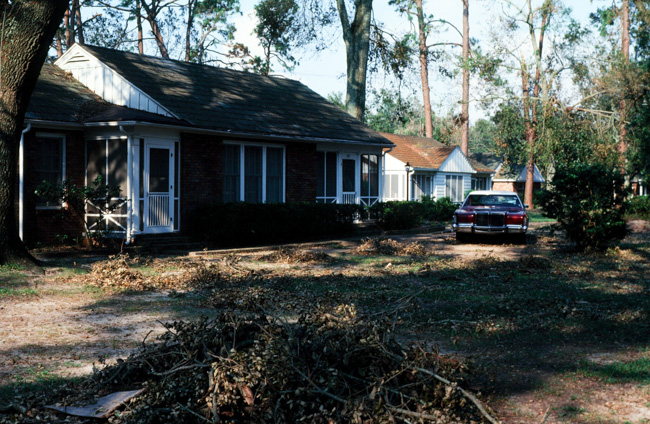 No. 305, our favorite cabin, was sheltered from the worst damage.