By 1977 I had left the IBM world and begun working on the new USGS Multics system in the Reston Computer Division. It was a great system in its day and everyone who ever worked on it looks back in fondness to a computer that was ahead of its time. Honeywell Information Systems, which had acquired Multics when it purchased the General Electric computer division, never knew how to market it and failed to give it the funding needed to keep it in the forefront of technology.

Perhaps if Honeywell (HIS) had invested properly in Multics it would still be in the computer business today, but who knows.

The Honeywell user group was known as HLSUA (pronounced HEL-shu-a): Honeywell Large Systems Users' Association. It met twice yearly and I believe that at least once per year it met in Phoenix, AZ, which was a major development and manufacturing hub for HIS. In 1977 Kathy Schabacker and I were the USGS representatives to the meeting. We added on a weekend day or two to see the area. All of the pictures below are from the Desert Botanical Garden, but we also visited the Phoenix Zoo.

A saguaro skeleton guards the entrance to the botanical garden. Saguaros are protected and may not be destroyed or removed except in special circumstances.

That said, it is a fairly common sight in Tucson and Phoenix to see saguaros on the move in a landscaper's truck. They have a small root ball and can be transplanted. 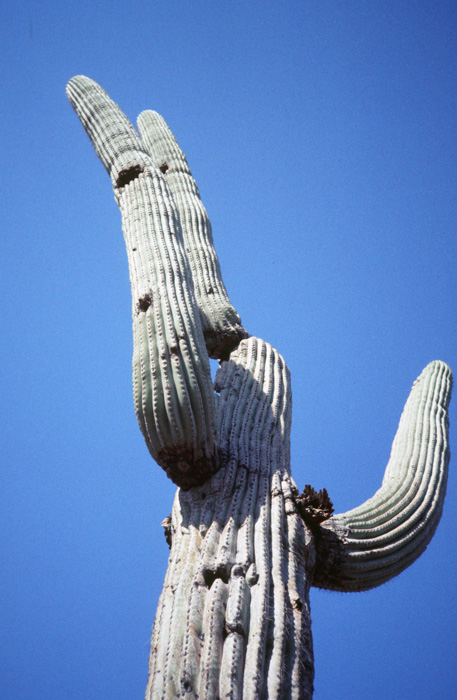 A living saguaro that is old enough to have developed arms.

An arrangement of a young saguaro and a couple of barrel cacti. 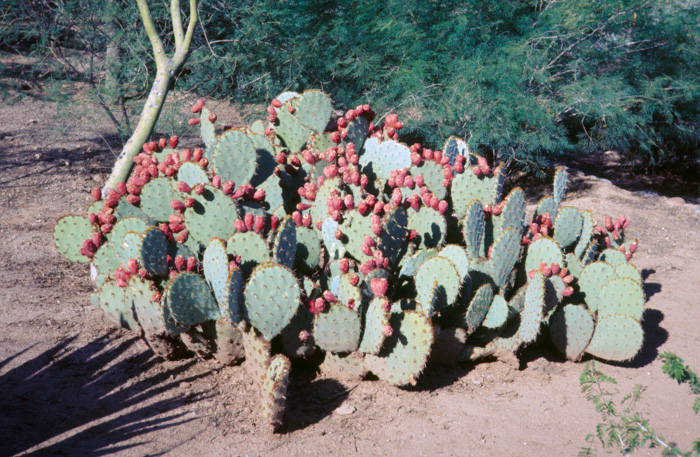 Prickly pear cactus with fruit. I've seen this type of cactus in many places -- including Hawaii and Virginia! The fruits are edible. 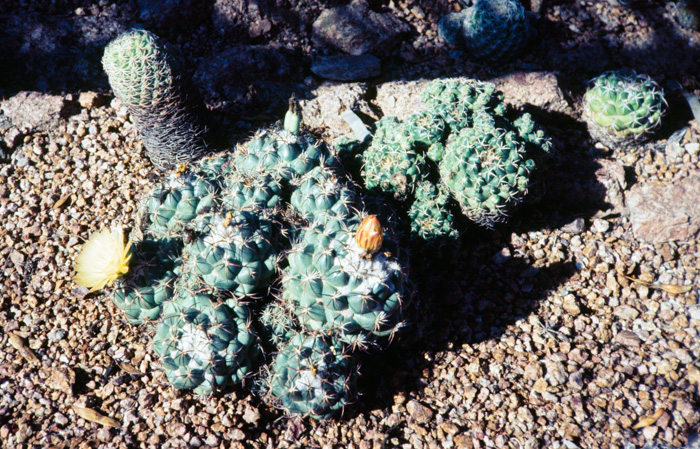 I don't know the species, but it has a lovely yellow flower. 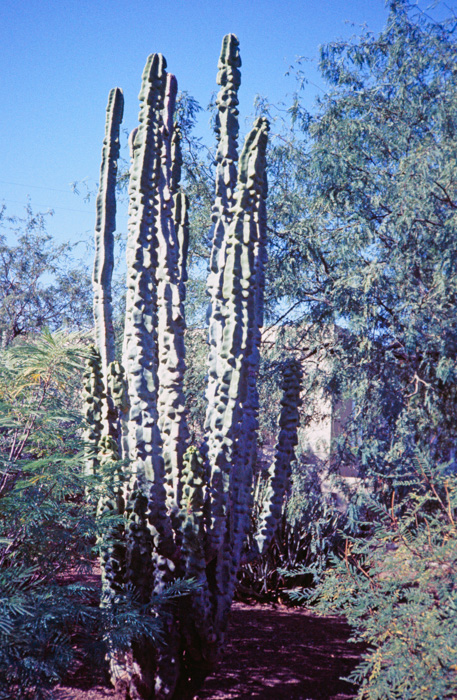 This type of cactus may be called "Mexican fence post." 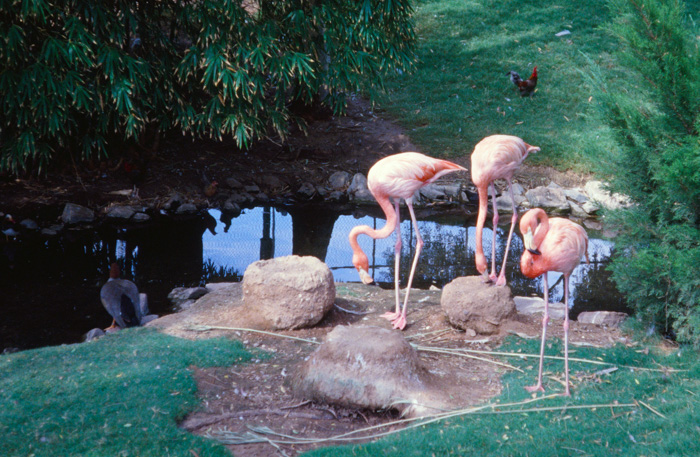 The three flamingos are accompanied by a redhead duck and a garden-variety chicken. It seems odd to see flamingos in Arizona, but there they were. Looking on the WWW, it appears that no flamingo species that breeds in the wild in North America although breeding colonies do exist at zoos and at Hialeah Park in Florida.

The dirt mounds look like the description of flamingo nests. The pale color is a result of their diet.