In the summer of 1975 a friend and I decided to take a road trip to see covered bridges in West Virginia, which has quite a few still remaining. Ironically, of the pictures that I took, only a few were of covered bridges and only one of those was annotated as being in West Virginia. I don't recall whether we got sidetracked by other attractions or whether we ran out of time to get to all of the bridges, or whether they were just too far away. 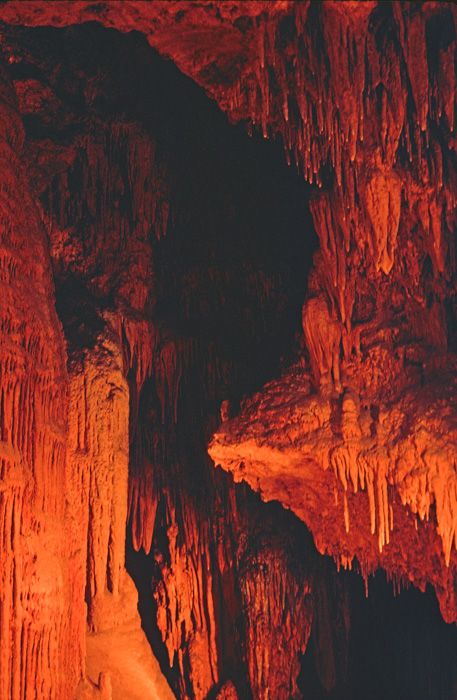 Our first stop was Luray Caverns.

It wasn't nearly as tacky as I feared. The caverns themselves are quite lovely. 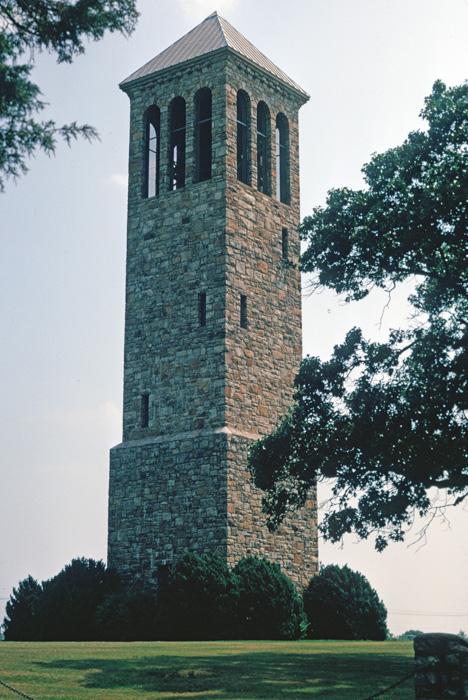 Nearby was the Luray Singing Tower. It is a carillon of 47 bells and is independent of the caverns. 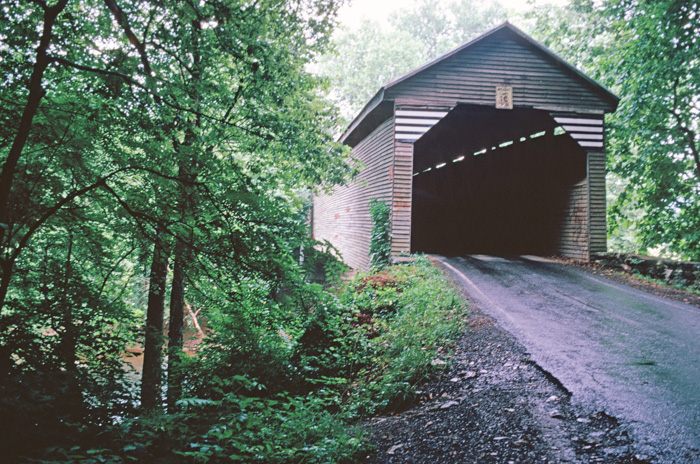 The note on my slide simply says "Shenandoah Bridge." I expect it was the original Meems Bottom Bridge over the North Fork of the Shenandoah River in Shenandoah County, VA. The bridge was burned by vandals in 1976, not long after our visit, and rebuilt. It is still used for traffic. 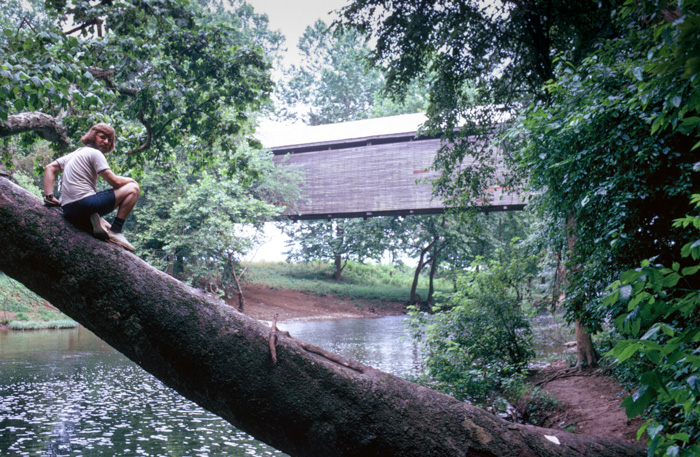 Another view of the "Shenandoah Bridge" with my friend Gerry in the foreground.

The reconstructed bridge has concrete piers supporting the span over the river. 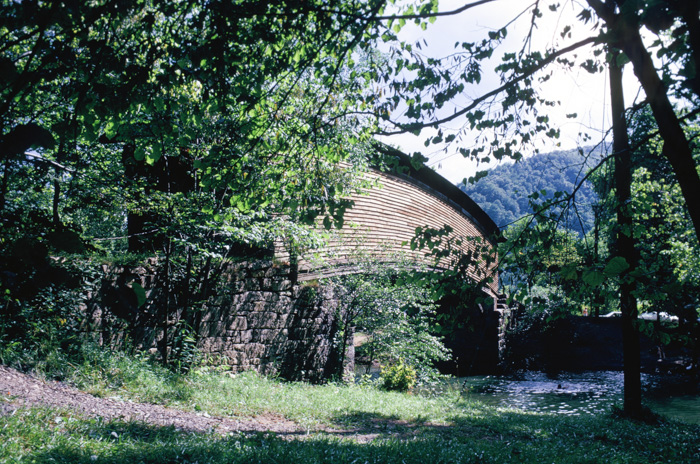 The highlight of the covered bridges was this humpback bridge in Allegheny County, VA. It stands in a park and there were many families enjoying the river.

It is said to be Virginia's oldest surviving covered bridge. There is a nice video at the link above describing the bridge's history and its restoration. 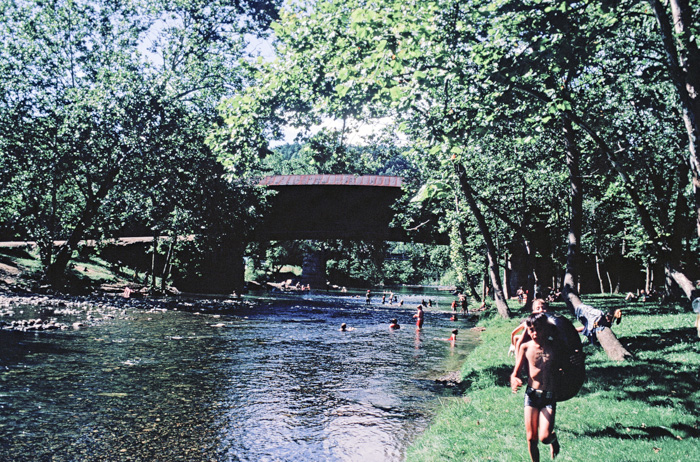 Another view of the bridge with the very many happy visitors. 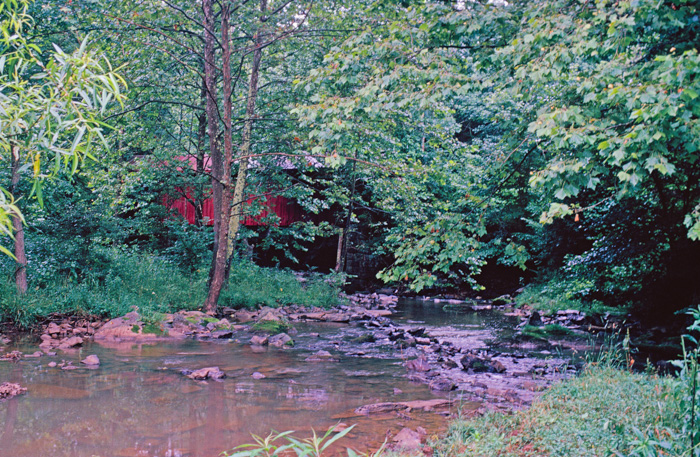 The note on my slide simply says "West Virginia Bridge." I suspect it is Hoke's Mill Bridge. I base that on the fact that we spent at least one night in Greenbrier County.

My best memory of that stay was asking about a place to go get dinner. At the time Greenbrier County was officially dry, so in order to get an adult beverage with your meal, you had to belong to a "club." I think it took 50 cents for us to join the "club" recommended by the motel. When we arrived at the place, we had to knock on the door, tell who sent us, and show our "membership card" to get in. Another requirement for these "clubs" was that gentlemen had to wear ties. They had a selection of ties for the occasion.

I've always wondered to what extent The Greenbrier fostered this silliness to cut down on competition. 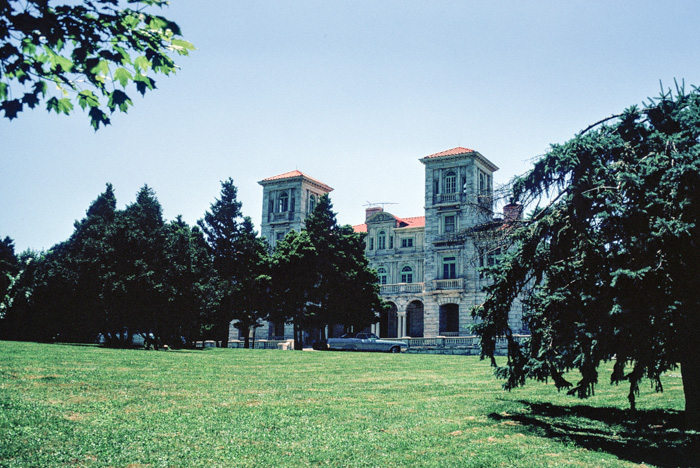 As we headed back to the DC area, we stopped to see Swannanoa.

I don't remember this visit and I don't know why we stopped. Here is the proof, however. It has an interesting history detailed in the link above. 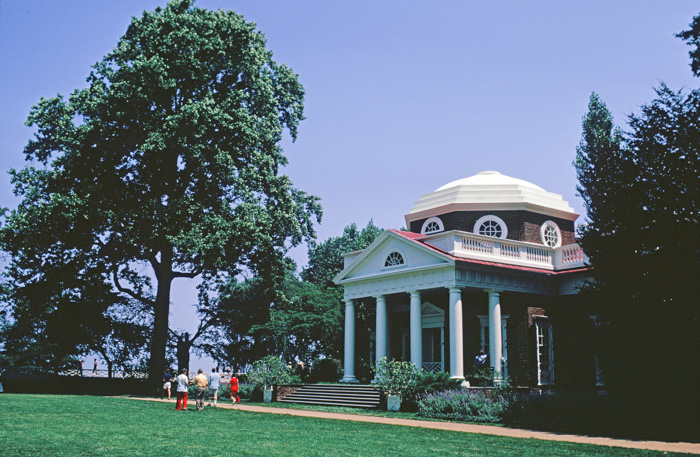 Our final stop was Monticello. I don't remember if this was my first visit there, but certainly hasn't been the last. Much has changed at this museum since 1975.