When we left Brasov for our time in Bucharest, we went by way of Sinaia. There are two things about this expedition that stand in my memory. One was the beauty of the area. The other was eating brains. We stopped for lunch at a rustic restaurant. Our guide encouraged us all to try some of the local favorites. I think I was the only one who agreed to try the calf brains. Bottom line: 1) they were tasty and 2) I haven't had any since. The texture wasn't my favorite.

My note on this slide says that this is the "guest house at the king's residence."

Nowadays the area is a ski resort! 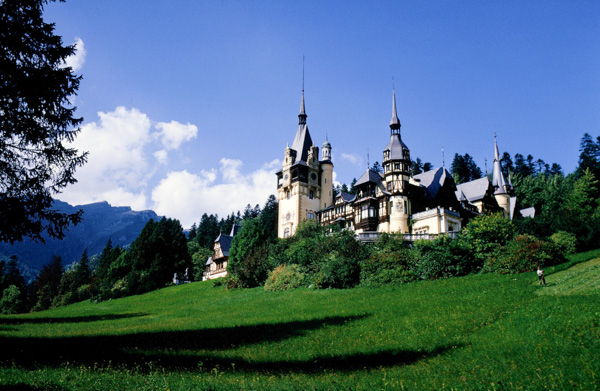 Peles Castle was built in the late 19th century by King Carol I as a hunting lodge. I thought at the time (and still think today) that it is one of the most beautiful places that I've visited. 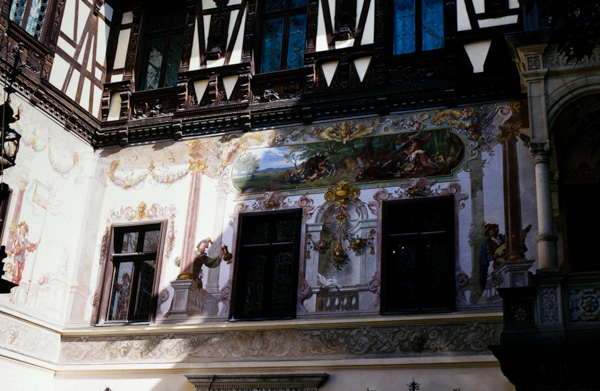 Carol I was born in Germany and the decoration of this lodge is reminiscent of buildings in southern Germany and Austria. The mural in the cartouche above the windows in the courtyard is of a hunting scene. The hunters are pursuing bear with dogs. On the right the hunters are dispatching a bear; on the left a bear is dispatching several dogs.

If we ever got to go inside, I don't remember anything about it. 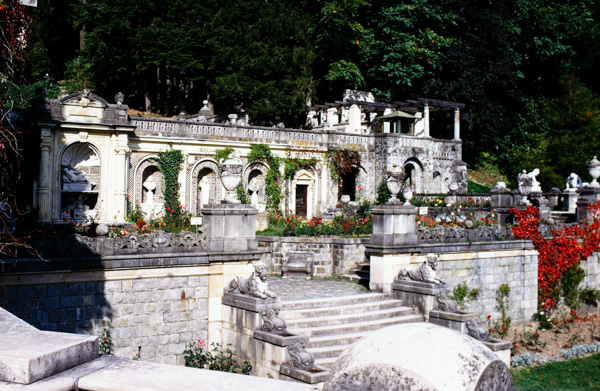 The garden is not so blood-thirsty.

The fall colors were not fully developed during our September visit. Here at least the foliage was starting to turn. 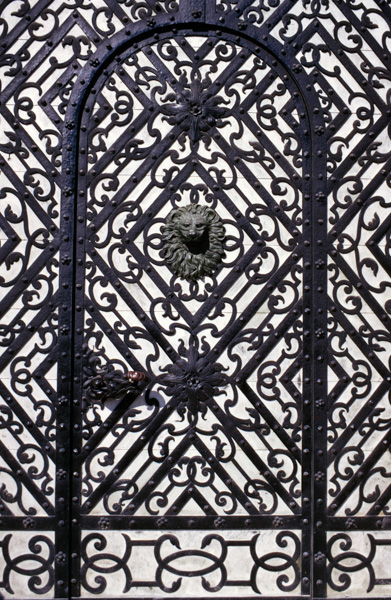 Cemeteries and doors have always fascinated me. This door is definitely over the top. 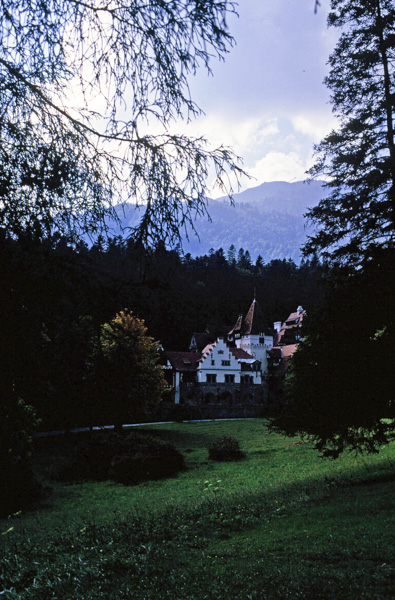 Another picture of the guest house in context.

The mountains are not unlike our own Appalachians. 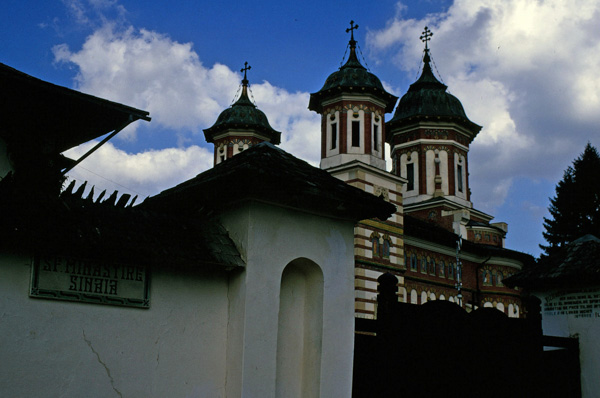 Sinaia Monastery, named after Mt. Sinai, was the original attraction in the area. It was founded in the 17th century.

The towers belong to the "new" church built in the mid-19th century.

Many of the churches had marvelous frescos, but we didn't make it far enough north to the UNESCO World Heritage Churches of Moldavia. 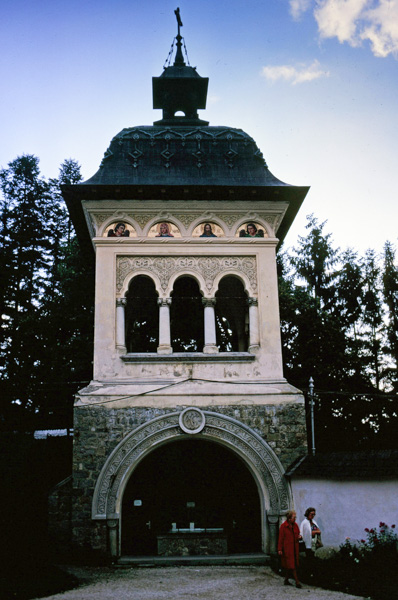 The note on my slide says that this is the Sinaia Bell Tower.

Some of the ornate decoration can be seen above the arches. As I recall the interior was also painted.