As in Brasov our hotel was in the central district of Bucharest. We could walk to many places of interest. Unfortunately at this time of my life I was still using my original camera, which didn't have a built-in light meter. My hand-held meter was unreliable and I often simply estimated exposures. Some worked; others didn't. As a result I'm missing pictures of some of the interesting places. Additionally I didn't have a flash attachment at the time, so there are no indoor pictures.

My favorite missing place was the Village Museum, which is a sort of Romanian Sturbridge Village. It is a collection of buildings from all over the country that have been brought together and put on display. The web site at the link has more pictures than any other description that I found.

Janice and I had quite the adventure with one of the gentlemen from our tour group who had met and befriended a German businessman. The four of us went out to supper on my birthday to a traditional Romanian restaurant with gypsy violinists and similar entertainment. I don't recall anything specific about the food, but the wine was local and quite good. A bit too good! The following day the German was planning to visit Snagov, an island monastery not far from Bucharest. He sold tractors and had an engagement, he said, with a potential client. He invited us all to join him. Of course we said yes.

Snagov is quite the tourist trap. It may (or may not) be the burial place of Vlad Dracul. In 1974 they didn't have many tourists, but it was surely a trap! To begin with in addition to meeting a client about a tractor, our German friend had an appointment with someone about smuggling identity papers of some kind. I don't remember the details, but I definitely remember being terrified that the police were going to show up and throw us all in jail. Then we had to engage a boat to get to the island. Once there the monastery was somewhat disappointing. Moreover, In spite of a previously negotiated price, the boatman insisted on more money to take us back. He and the German engaged in a loud and threatening argument that thankfully ended in our being ferried to the mainland with the boatman cursing us (or so it sounded) the entire way. He eventually refused any money at all and we made a relieved escape.

On the whole, my birthday expedition offered all that could be hoped for in the way of excitement. 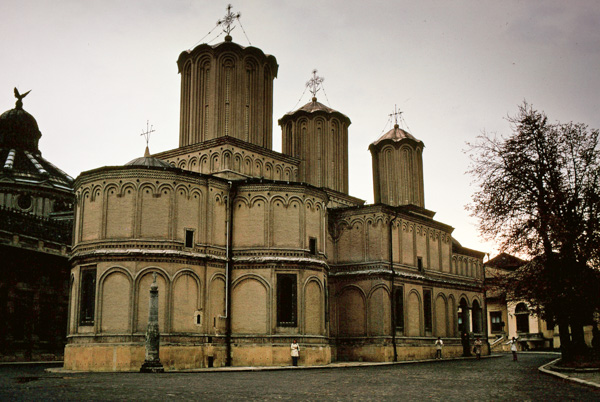 This is the Patriarchal Cathedral in Bucharest. It is located on the grounds of a former monastery and dates from the 17th century. It has been repaired and developed over the years, but the most recent restoration attempted to return it to the original plan. It is dedicated to Saints Constantine (the emperor) and Helen (his mother). 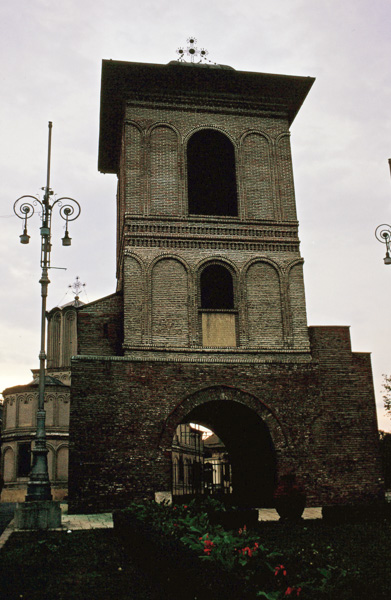 Other than the cathedral I have only one other picture of Bucharest, which may be seen below. My memory is that it was a pretty typical European city with apartment blocks, businesses and some private homes. There wasn't a lot of traffic. 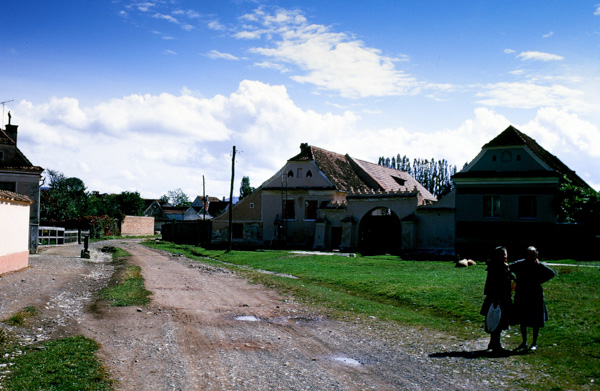 We had a day trip to the fascinating village of Prejmer. It, along with six other Transylvania fortified villages are now on the UNESCO World Heritage List.

This is the modern part of the village. 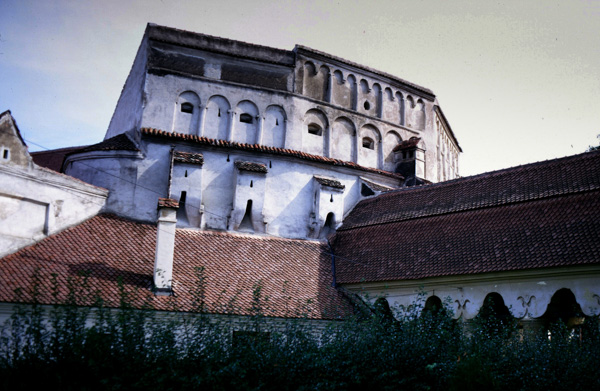 Romania was frequently attacked by the Ottoman Turks. The 13th century fortification surrounds the village church and protects against invaders and other marauders. The villagers, their cattle, and their harvest retreated within the fortification during times of attack and could withstand a siege of significant duration. 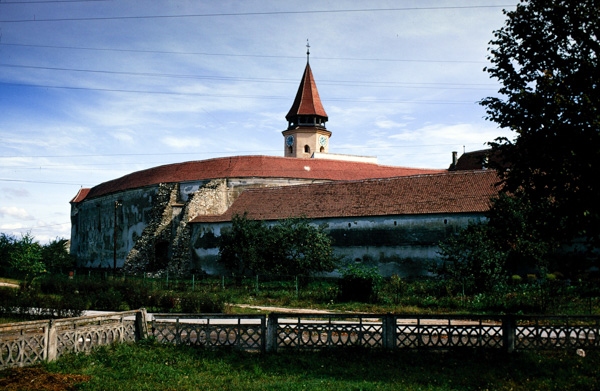 The fortress was restored not long before we visited. 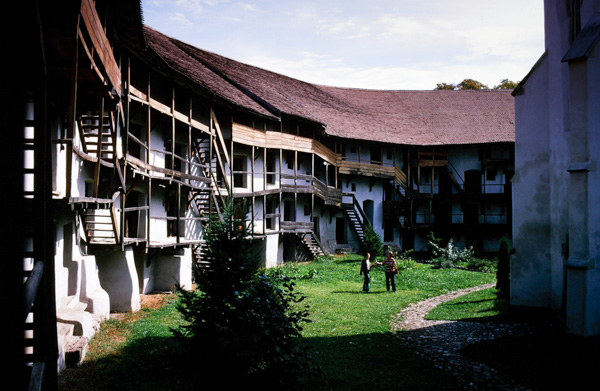 The church is just visible on the right. The galleries led to living quarters and storerooms. Cattle could be pastured within the fortress. 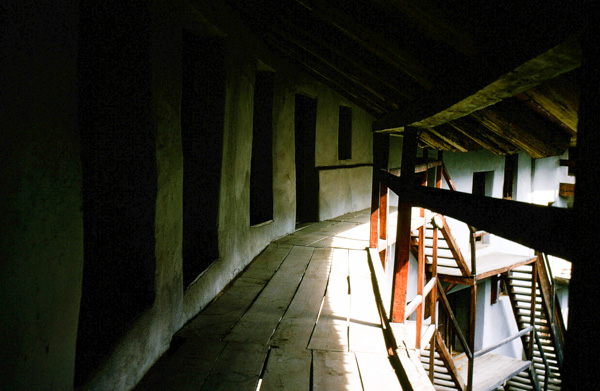 The view along one of the galleries. The individual quarters were pretty claustrophobic, but I'm sure it was better than meeting the Mongols or the Turks out in the open.

One silly memory I have from this visit is a fellow traveler asking me the question, "Are you a turtle?" as we were exploring these rooms. Well, er, I had in fact been inducted into the Ancient and Honorable Order of Turtles, but I was too startled and embarrassed to respond in the proper fashion. I've often wondered what would have happened if I had.

At one time I even had the little turtle lapel pin, but I haven't seen it in years. 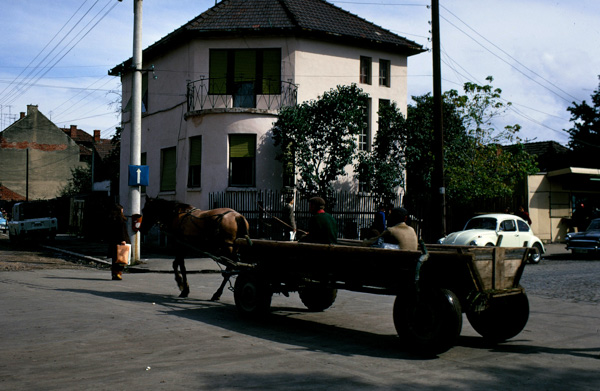 On our way back to Bucharest from Prejmer we had the option of leaving the bus and visiting a large farmer's market. It was an amazing experience and I was astonished that they allowed an unescorted group of Americans loose among the people. Janice and I had some nice conversations with a variety of folks and were able to walk back (about a mile) to the hotel afterwards and enjoy this beautiful city.

This horse-drawn delivery wagon was not typical, but it was striking in the center of a large city.

It was a fascinating country and a wonderful birthday present to myself.