The first trip consisted of a couple of weeks on Oahu installing software and training people in its use. That was followed by a week in Okinawa doing the same thing at the base there. I had arranged to take an additional week of vacation in Hawaii on the way back home to see something of the other islands. 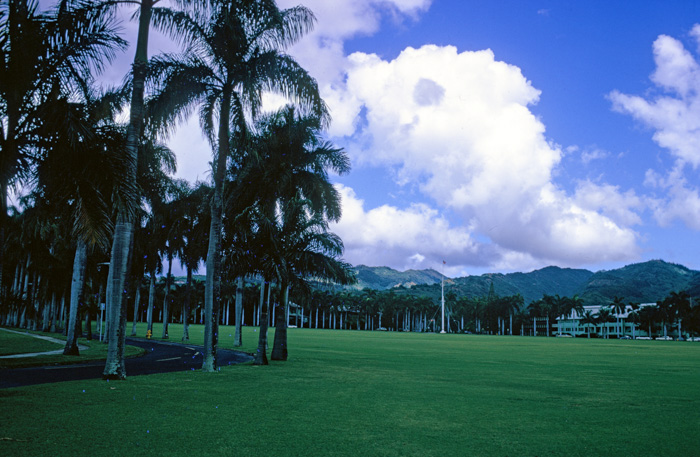 The system installation was at Ft. Shafter. It was a beautiful facility, but the thing I remember most was the outstanding hamburger at the NCO Club. Yum!

This was the first place I encountered "casual Fridays." All the local staff worked in Hawaiian shirts and shorts on Friday. 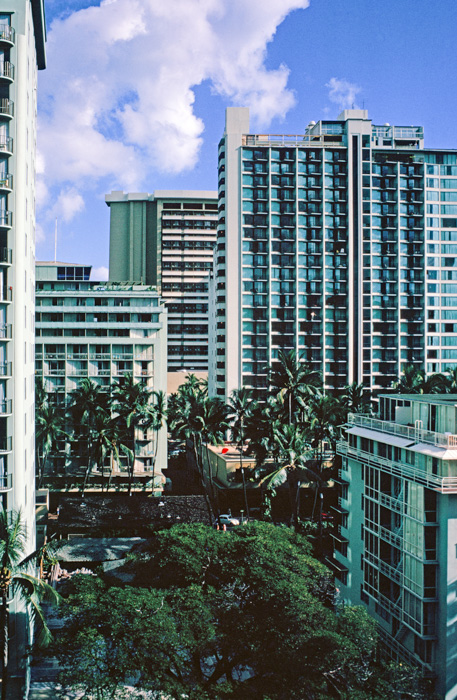 Our hotel, the Reef Lanai, was just a couple of blocks from Honolulu's Waikiki beach. The US Government had special rates at the hotel. It wasn't the Ritz, but it was ridiculously cheap. It is still in business.

Most people think of the iconic beach scene with Diamond Head in the background when they think of Waikiki. This was my first impression.

There was a hole-in-the-wall restaurant a couple of blocks from the hotel with wonderful fresh mahi-mahi. I had never heard of this fish before, but I was hooked. Unfortunately I've never found it anywhere on the mainland that could hold a candle to the fresh-from-the-sea article.

The other culinary surprises were picked-ripe pineapple, which you don't find on the mainland, and fresh coconut. I had never liked coconut, but then I had only had that dried-up shaved stuff you get at the supermarket. When a coconut is minutes from the tree, it is a different thing altogether! 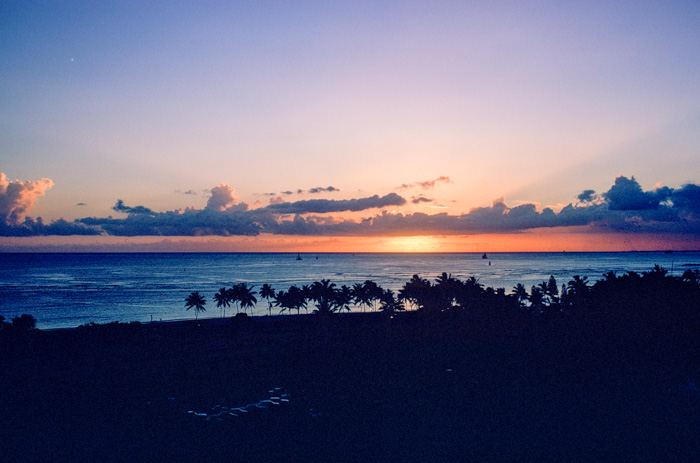 This is the view from the other side of the hotel at sunset overlooking Fort DeRussy across the street. It was and still is a popular R&R location for the Department of Defense. 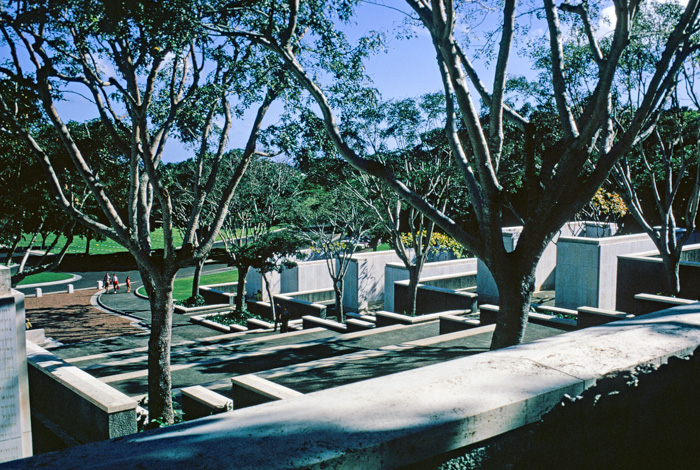 On an extended trip such as this one there were many opportunities to tour the area. We visited the National Memorial Cemetery of the Pacific. The marble structures are engraved with the names of those buried there.

The cemetery is located in an old crater called the Punchbowl.

I tried to get out of the city as much as possible. One weekend I made an excursion with a couple of colleagues to the southeastern corner of Oahu.

Our destination was Koko Head and Sea Life Park. 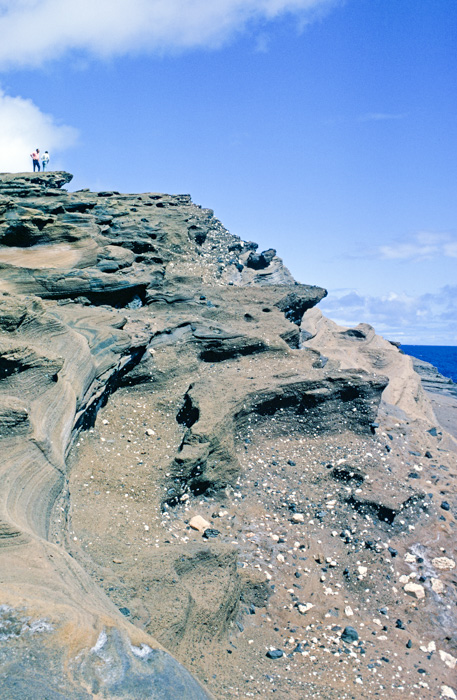 The rock formations in the area are spectacular. They are composed of tuff, a type of volcanic rock.

The guys at the top are colleagues of mine. The one on the left was named Fred. He was in town from Germany and was working on another project. He and I later teamed up to share a car and visit two of the other islands. The other's name was Danny. He worked locally and lived on a houseboat. One evening we visited the marina where he lived and watched a glorious sunset. 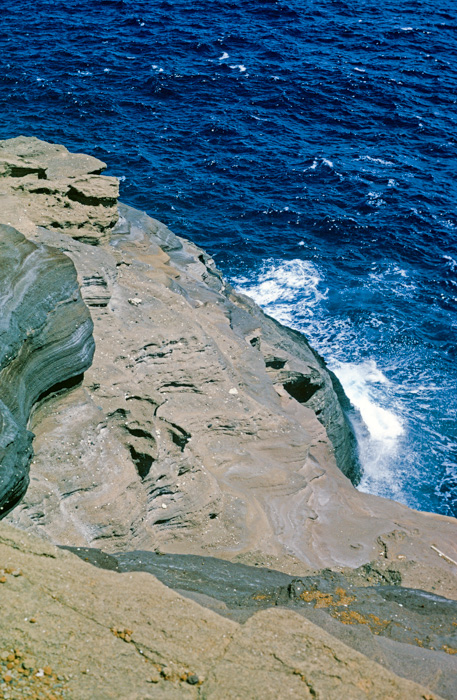 The view up was impressive. The view down was even more so. Don't want to slip! 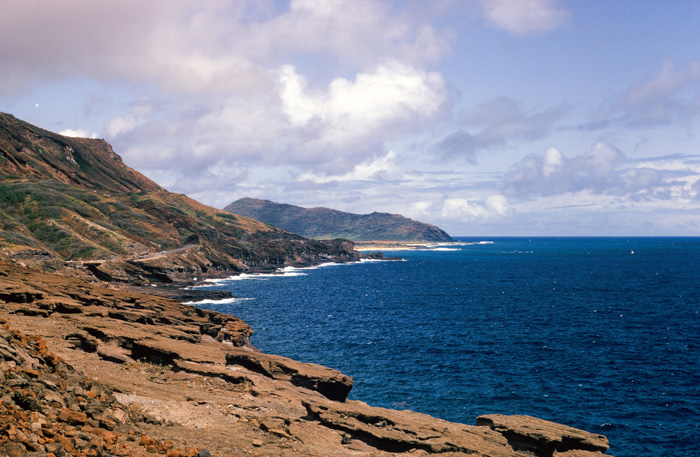 Oahu can compete with Maine in the rocky coast category.

This is the view from the Sea Life Park. 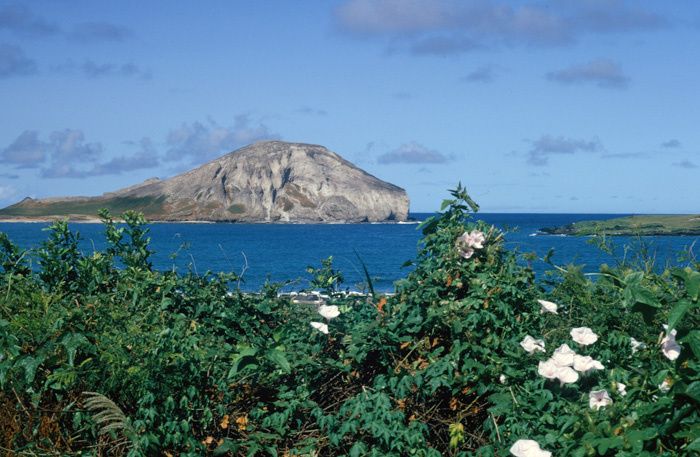 Rabbit Island is just offshore from Sea Life Park. It was once home to introduced rabbits, but they were removed since they were destroying seabird habitat. It is now protected. 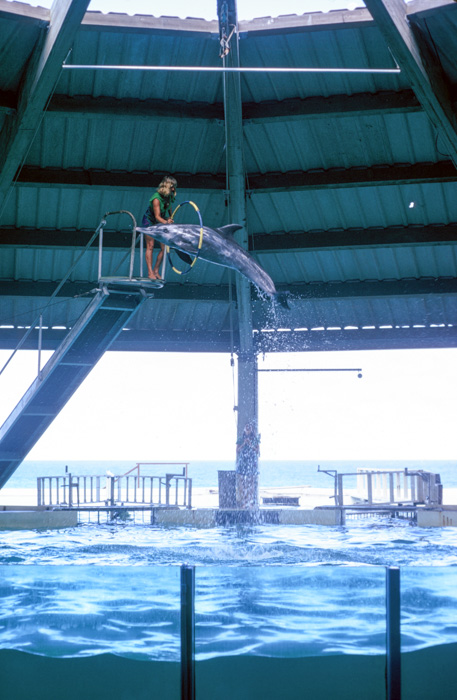 Sea Life Park is still in business although like many such operations it has come under fire for its treatment of marine mammals.

After a couple of weeks working in Honolulu, my tech lead and I had an overnight flight to Okinawa to install the system and train the users. Our colleagues invited us out for dinner our last night. He used the opportunity to tie one on (this is when I learned what a depth charge was), and I couldn't get him to the airport in time for our plane. It turned out he had neither packed nor checked out of the hotel! There was only one flight each day so it became apparent to the powers that be what had happened. I was exonerated, but he received an official reprimand and shortly thereafter faded into the sunset.

The once-daily flight was a leg of the famous TWA round-the-world service. It was a loooong flight with a refueling stop in Guam.

After the trauma of getting to Okinawa, I came down with a bug of some sort and was barely able to drag myself through the working day. Between that and having missed one day of the allotted time, I had neither time nor inclination for sightseeing or pictures.

After Okinawa we returned to Honolulu where I would start my holiday.