One day we took the train to Kamakura. This city was at one time the "capital" of Japan as it was the seat of the Kamakura Shogunate. The area has been occupied for about 10,000 years and it was first referenced by the name Kamakura in the 8th century. It was the center of power from around the 12th century to the early 14th century. 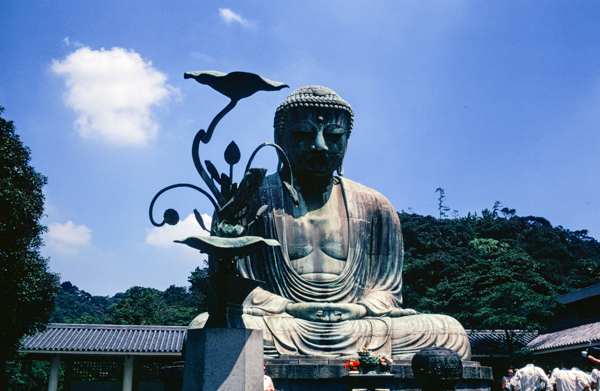 The statue of Amida Buddha is believed to date from the 13th century. It is located at the Kotoku-in temple. 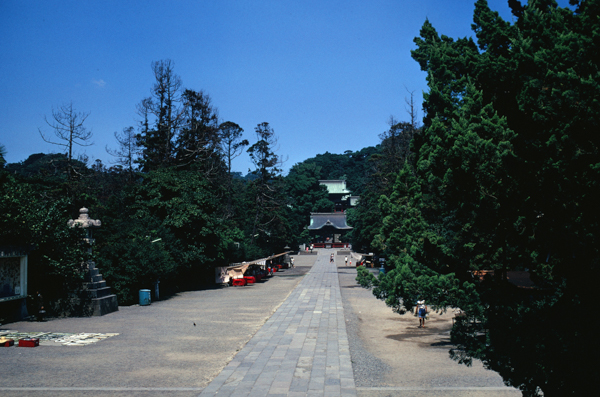 We also visited the Tsurugaoka-Hatchimangu shrine. Now a Shinto shrine, prior to the mid-19th century it was a combination Shinto/Buddhist temple.

It was founded in the 11th century.

Peco and I continued to speak German together and there was a funny incident that happened at a cafe near this shrine. We were sitting near a couple of young men when she asked me what language they were speaking. I listened for a while and finally responded that I didn't know. They were Australians and they were speaking English! My ears weren't used to hearing English and I doubt I had ever heard Australian English. I thought this was terribly funny. So did Peco! 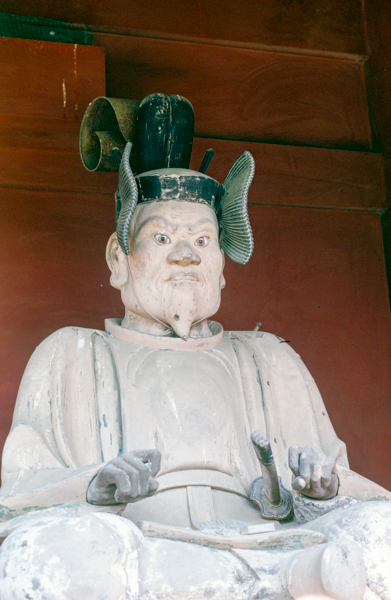 Shinto deities are called kami. They are not exactly the same as we might think of gods. The explanation at the link appears accurate based on what I've studied.

Here's another cafe story. We sat near to some Japanese businessmen discussing work-related matters. Peco considered it terribly improper to discuss such things over food. She became so embarrassed by their bad manners that we paid up and left. 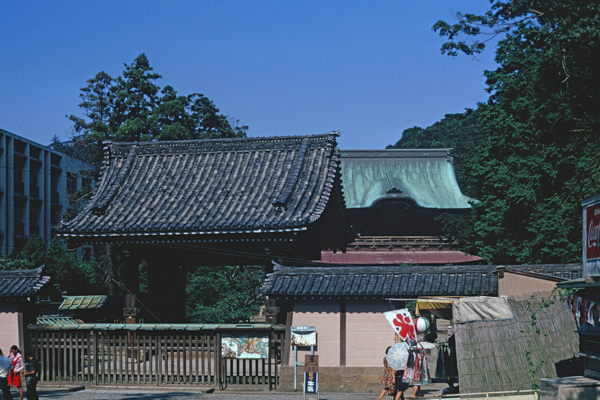 The note on my slide simply says "Buddhist Temple," but I believe it may be the Kencho-ji Temple. There are many temples in Kamakura, but it is likely that Peco would have taken me to the best one. This belief is confirmed by the image below. An image of it is contained in the web site link above. 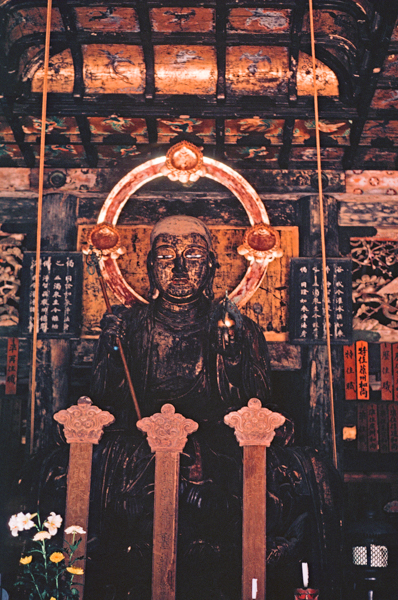 Here is the text describing this buddha from the link referenced above:

Placed here to propitiate the souls of those executed in the valley before the temple was founded, this Kamakura period Jizo Bosatsu was carved from a single block of wood. The valley Kencho-ji resides in is called "Hell Valley." It was an execution ground in ancient times.

I can't attest to the accuracy of the statement and I don't remember what I heard at the temple about this image. 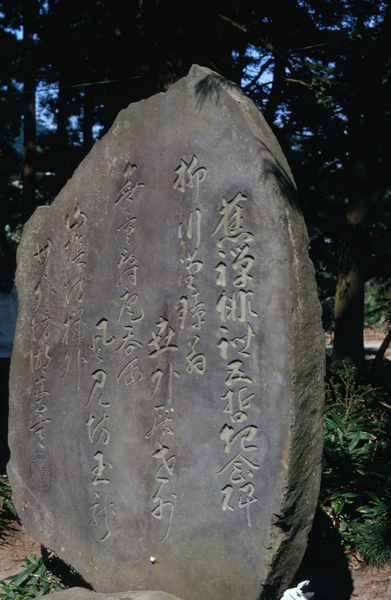 There are numerous stele in Kamakura, and I've not been able to identify this particular one.