The city is located on the northern part of the island, but we did get to see other parts. 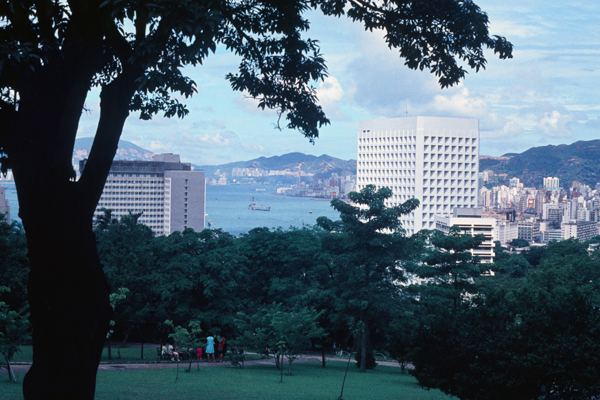 One day we traveled to the south of Hong Kong island. We started at Victoria Gardens. The park has been replaced by residential towers since we were there. 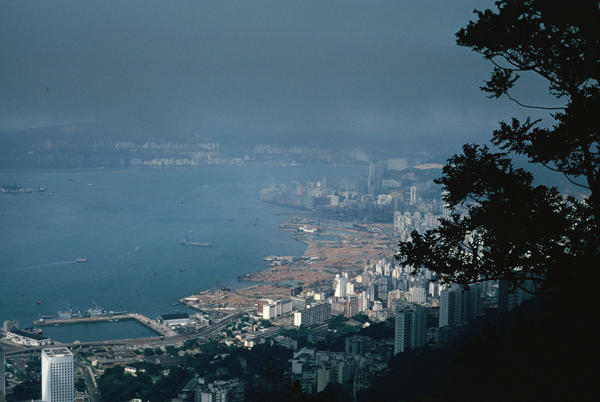 A funicular took us to the top of Victoria Peak for this overview of the city and harbor. 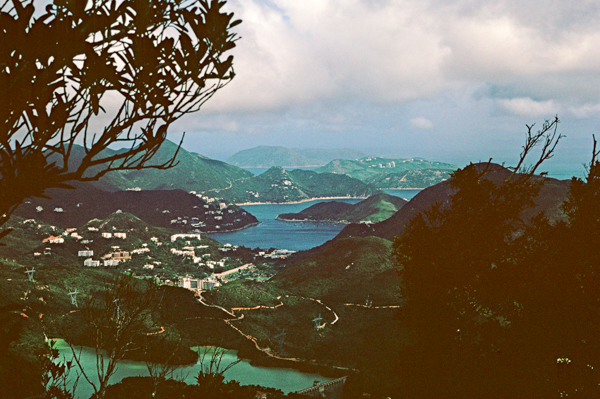 Repulse Bay is on the south shore of Hong Kong Island. This area has been substantially developed since we were there. 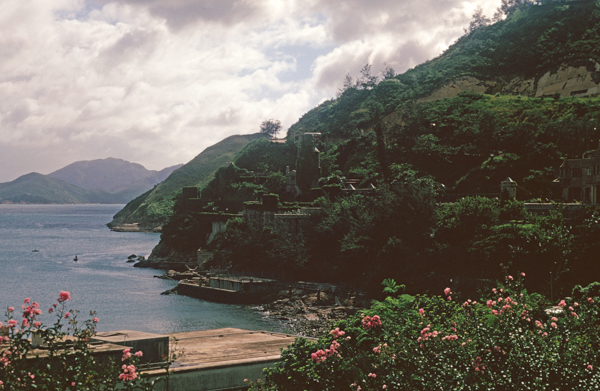 Another view of Repulse Bay. I gather from the link above that it is difficult to find such a tranquil view nowadays. 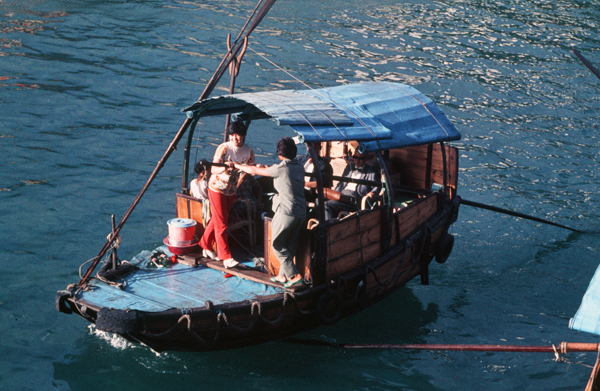 That evening we had a Chinese feast at the floating Tai Pak Restaurant in the Aberdeen section of Hong Kong. There is a "floating village" there and local sampans served as taxis to take us to the boat. 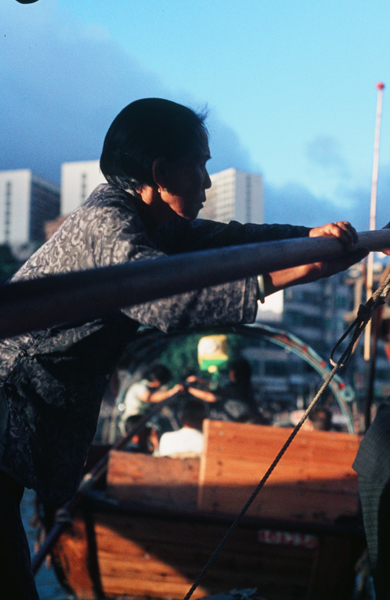 All the taxis appeared to be managed by women. They were propelled by huge oars. 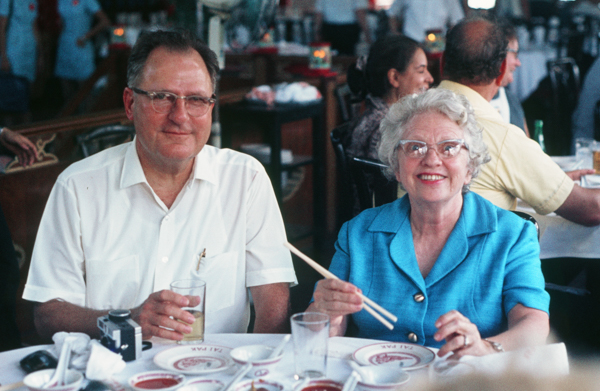 My parents eagerly awaiting the feast.

I had not yet developed a taste for Chinese food so I didn't have a proper appreciation for it. The restaurant is reputed to have been very good. It still exists under different ownership.

Hard to believe that my parents were younger then than I am now. I thought at the time that they were ancient! 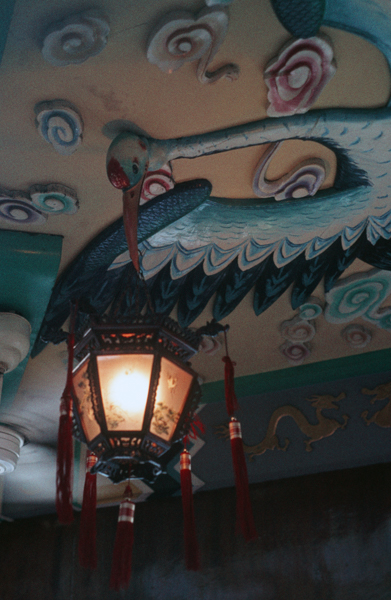 The decorations were fanciful. I thought this crane holding the lantern was super. 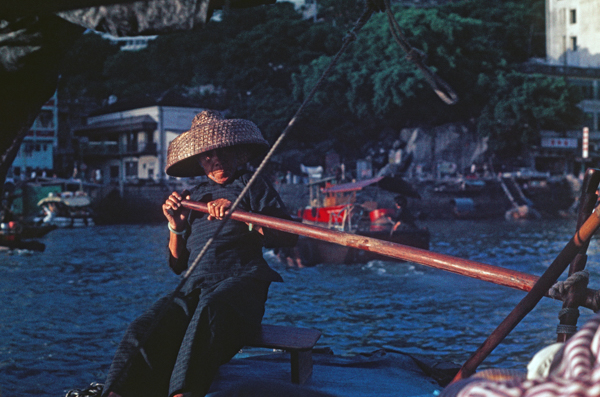 After the meal we took another taxi back to shore. The hats are traditional for people from a certain region.