I moved to the Washington area in early 1970. My roommate, Ginger, and I wanted to see the famed cherry blossoms so we went down to take in the entire event -- parade, blossoms, crowds. It was fun, but I'm not fond of crowds and the only other time I went to the festival was about 25 years later when I marched in the parade along with the Virginia Arabian Horse Association. It was pretty exciting to be in the parade. Usually the blossoms are at their height the week after the festival so it's possible to see the beautiful flowers and skip the crowds.

Included in this set of pictures is another set taken the following year when my parents were visiting.

You had to get there early to find a good location for the parade. We scored perches in front of the Andrew Mellon Auditorium. 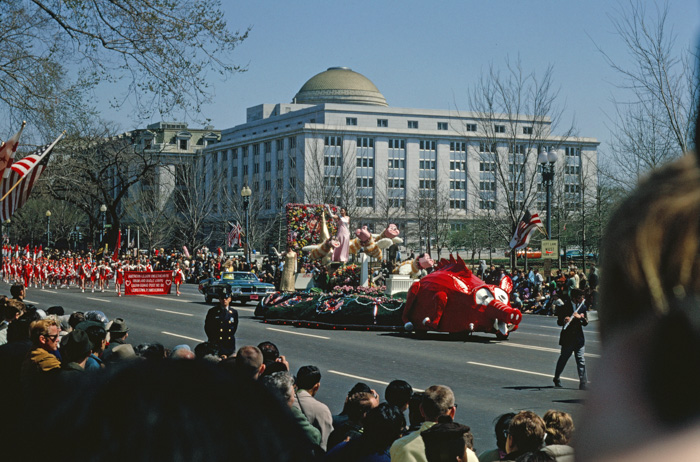 We were across from the Smithsonian Natural History Museum. I'm not sure why the only float I captured was from Arkansas. Perhaps one of the friends with us was an Arkansan. 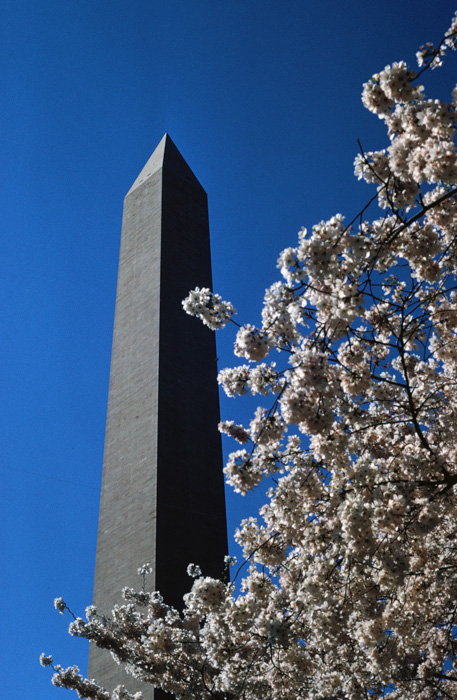 After the parade we wandered around the Mall and Tidal Basin.

The Jefferson Monument and the Tidal Basin. 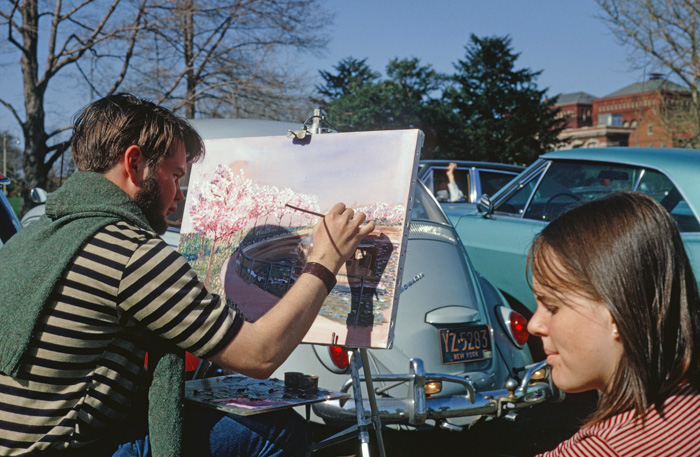 This young artist was hard at work on a rather fanciful rendition of the Tidal Basin. 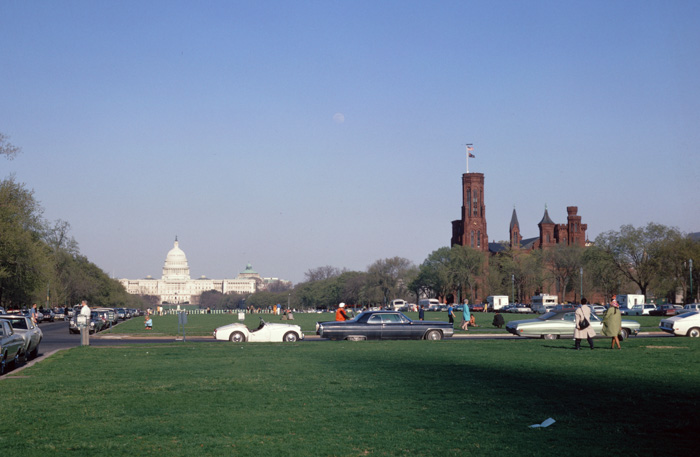 The crowds have pretty much dispersed by this time.

The enormous cars of the day look distorted. 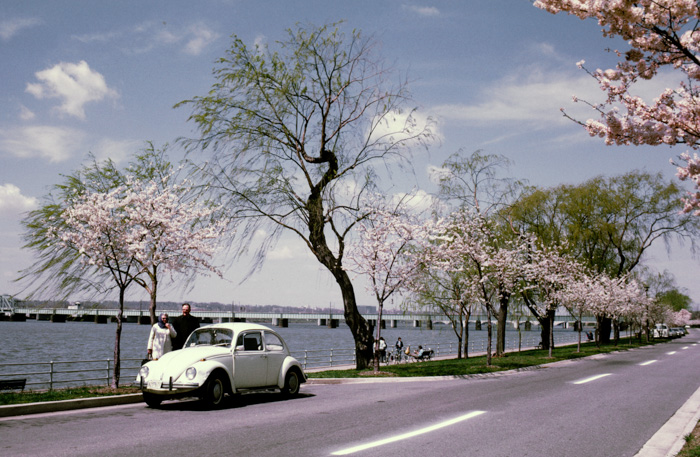 My parents visited the following year for the cherry blossoms. This picture is from Hains Point with the 14th street bridge in the background. This is the week after the festival. The trees are in full bloom and there are NO crowds.

I'm amazed that we were all able to fit into my little beetle. 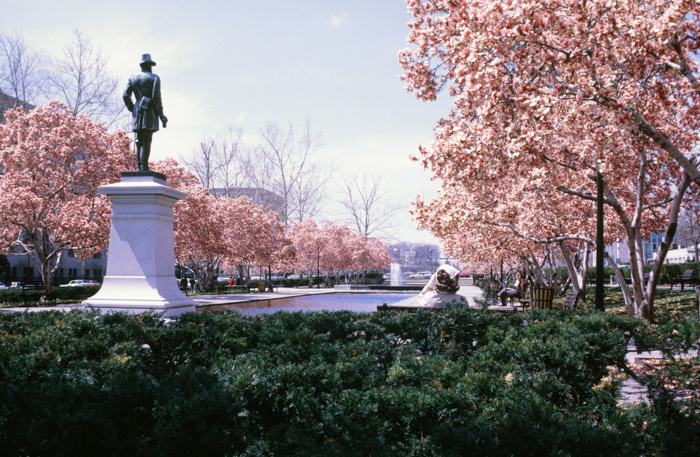 The cherry blossoms are lovely, but to my thinking the magnolias are breathtaking. They were in full bloom at Rawlins Park between the two parts of E Street NW just west of the White House.

We have a couple of these magnolias at our house, but spring freezes usually nip the flowers before they reach full bloom. This year, for the first time in the ten years we've lived here, they actually achieved full bloom before a hard frost almost killed the trees outright.